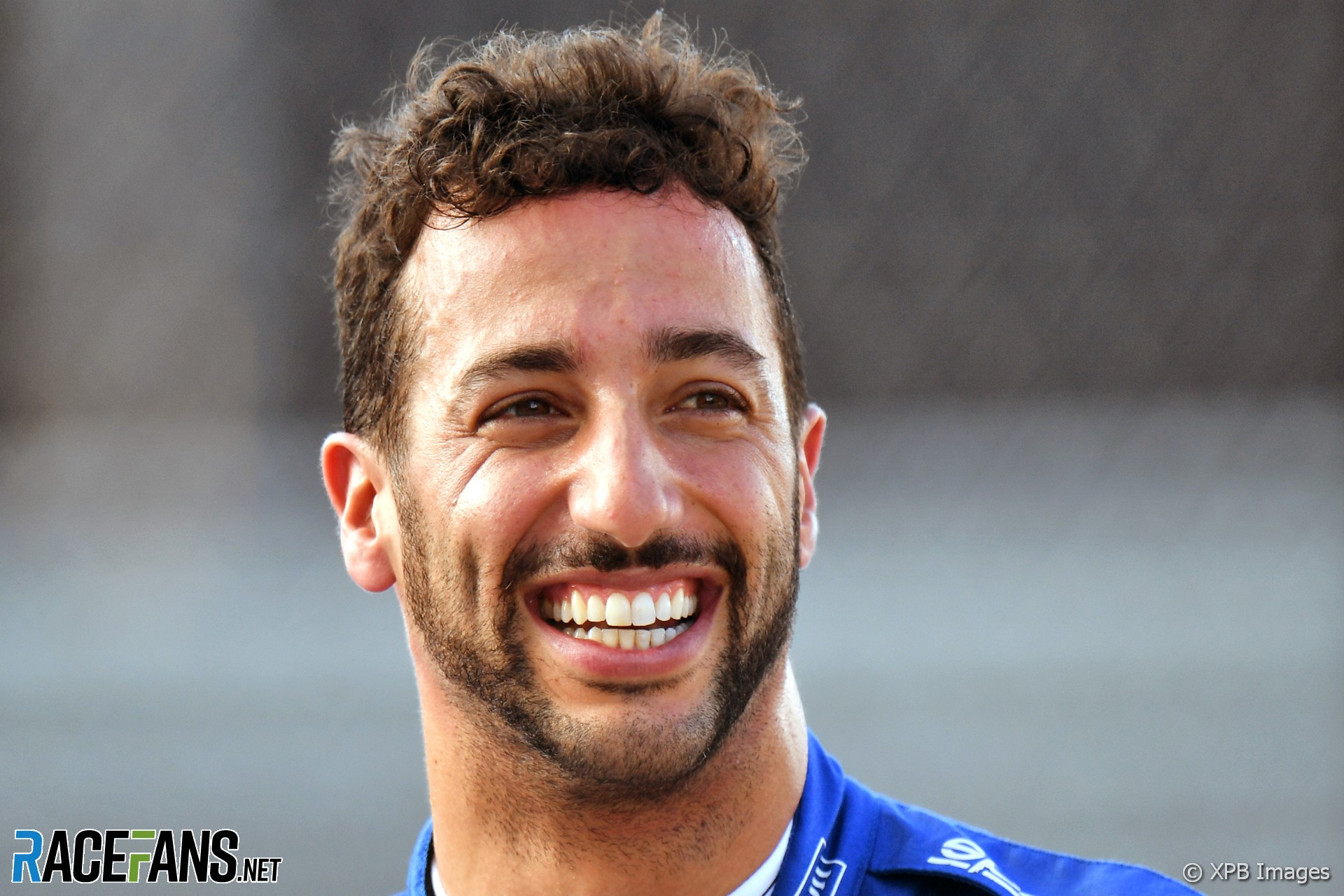 Daniel Ricciardo didn’t exactly start the season with a question mark over his head. Arriving at McLaren, many expected he would trounce his relatively inexperienced new team mate.

But for the first part of the year, while Lando Norris flourished, Ricciardo endured what he described the “lowest lows” of any in his career.

The eight-time grand prix winner with the mile-wide grin insists his “positive attitude” never faded during his early struggles. “Once I got over the sadness, I used that as motivation as well,” he tells RaceFans at Autodromo Hermanos Rodriguez. “I used that as a realisation that I still want to do this.

“You know that I still care because the down days you’re like, ‘fuck, I hate this sport.’ But what I felt reminded me of how much I care about it. So it was also not only motivation to get better, but it was the realisation that I’m not close to wanting to stop.”

Ricciardo is no stranger to long periods away from home. Now 32 years old, he started racing in Europe in his late teens and has been away from Australia most of the year ever since.

But the coronavirus pandemic – and Australia’s particularly stringent entry and exit rules – have kept him away from family since returning to Europe after lockdown. The long absence has affected him, he admits.

“I don’t think that held me back from driving the car in anger,” Ricciardo explained. “But it made the lows a little lower or made them a little harder to get out of.

“When [my family] are at a race, if the day doesn’t go well or something then I’ll spend some time with them and you’re like, alright, we’re good and the next day you’re sweet.” Ricciardo said 2021 was “the first time since I left Australia that I actually had some homesickness” and the mental effect of forced distance “made the difficulties more difficult.”

That exacerbated the challenges of an unfamiliar new environment and the frustration he felt at being unable to deliver the results he was capable of. “When you walk into the factory, it’s so much easier walking in there after a good race,” said Ricciardo. “But if you don’t have a good race and you walk in, you feel there is certainly a responsibility.

“Obviously, everyone plays a part but if you don’t have a good result, you may have… I don’t want to say ‘ruined that weekend’ but you haven’t contributed to making that weekend better, more exciting. And I am a person who likes to see people having fun and enjoying themselves, I want to contribute to the results so that the atmosphere around me is a positive one. And if it’s down, sad and negative, I hate to think that I would contribute to that.”

McLaren team principal Andreas Seidl insisted McLaren did not losing faith in Ricciardo’s skills. But Ricciardo admitted facing him felt “tough” at times. “I don’t want it to sound selfish, but I don’t think anyone will hurt as much as me or any more than me, maybe they feel the same level of frustration or pain.

“So if Andreas walks into the room, I don’t think he’s going to make me feel worse because I already don’t feel good. But of course it’s not the atmosphere I want and at least up until now, I’ve always been a driver that’s been able to deliver and been able to do good results. I’ve never been really the driver that’s, kind of, been shit.”

The difficult start to his season “sucked”, said Ricciardo, because “as a relationship, you want to return the favour; he put in faith in me and I wanted to give that back.”

Ricciardo did so emphatically at Monza, where he ended McLaren’s 3,213-day win-less streak, taking victory in the Italian Grand Prix after title contenders Lewis Hamilton and Max Verstappen collided. He said it felt all the sweeter both for the tough times he and the team have gone through, and for being a fully merited on-track success. It came as a relief, following so soon after former team mate Esteban Ocon triumphed in Hungary.

“It feels amazing because you’re an underdog and, for example, Esteban won this year in an Alpine, that is also an underdog team and car but, not to take anything away, of course there was a little bit more circumstances in that race.

“Sure, Max and Lewis had their incident in Monza, but we still had track position on them. And I kept Max behind the first stint, I believe I could have kept him behind the second stint.

“So to win – to be the underdog, but to win on equal terms – that’s what made it so special, and I think that’s what made it worth it. I paid back because it was a genuine win, it was a real win. It wasn’t a lucky, ‘okay so we’ll let Ricciardo have today, have his moment, but we still know that he’s slow.'”

Perhaps surprisingly, given the circumstances of his departure in 2018, Ricciardo admits his sympathies lie with his former Red Bull team in their title fight with Mercedes. “I’d be very happy if Red Bull won this year,” he said. “I have no ‘what could have been if it was me, instead’ because I don’t think I would have been there in ’21. I know many more people in Red Bull than I do at Mercedes, so of course I’m rooting for them this year.”

With Verstappen, the driver he left behind at Red Bull, now leading the championship, does Ricciardo not rue passing up the opportunity to be in that position? He says not.

“I know everyone will say, ‘well, look, Red Bull could win the world title this year,’ but I think even if I didn’t go to Renault and I did two more years of Red Bull, I’m not convinced I would still be there in 2021. So I don’t think the move to Renault altered my Red Bull future too much, speaking of today.”

Ricciardo believes he needed to leave the Red Bull environment in order to continue his development as a driver. “This isn’t a knock to Red Bull,” he says, “it’s more of a knock to me but I don’t know if I would have grown much at Red Bull.

“Everything [was] very familiar. Already in 2018, I had some things – am I getting complacent, am I this, am I that?” he explained. “So to stay in that same environment, I’m not sure I would have improved as a driver.”

The decision of his race engineer at the time, Simon Rennie, to move to a factory role was also a factor. “I knew Simon was leaving and we had a very good relationship as driver and engineer.”

Nevertheless, Ricciardo credits Red Bull, owner Dietrich Mateschitz and motorsport consultant Helmet Marko for his F1 career “one hundred percent,” having been with them since his days on the junior team.

“No matter where I finish this career of mine, I’ll always owe the biggest part of it to Red Bull. And that’s fact. So it would give me a lot of pleasure to see them happy again.”

2 comments on “Ricciardo on homesickness, suffering his “lowest lows” – and rooting for Red Bull”