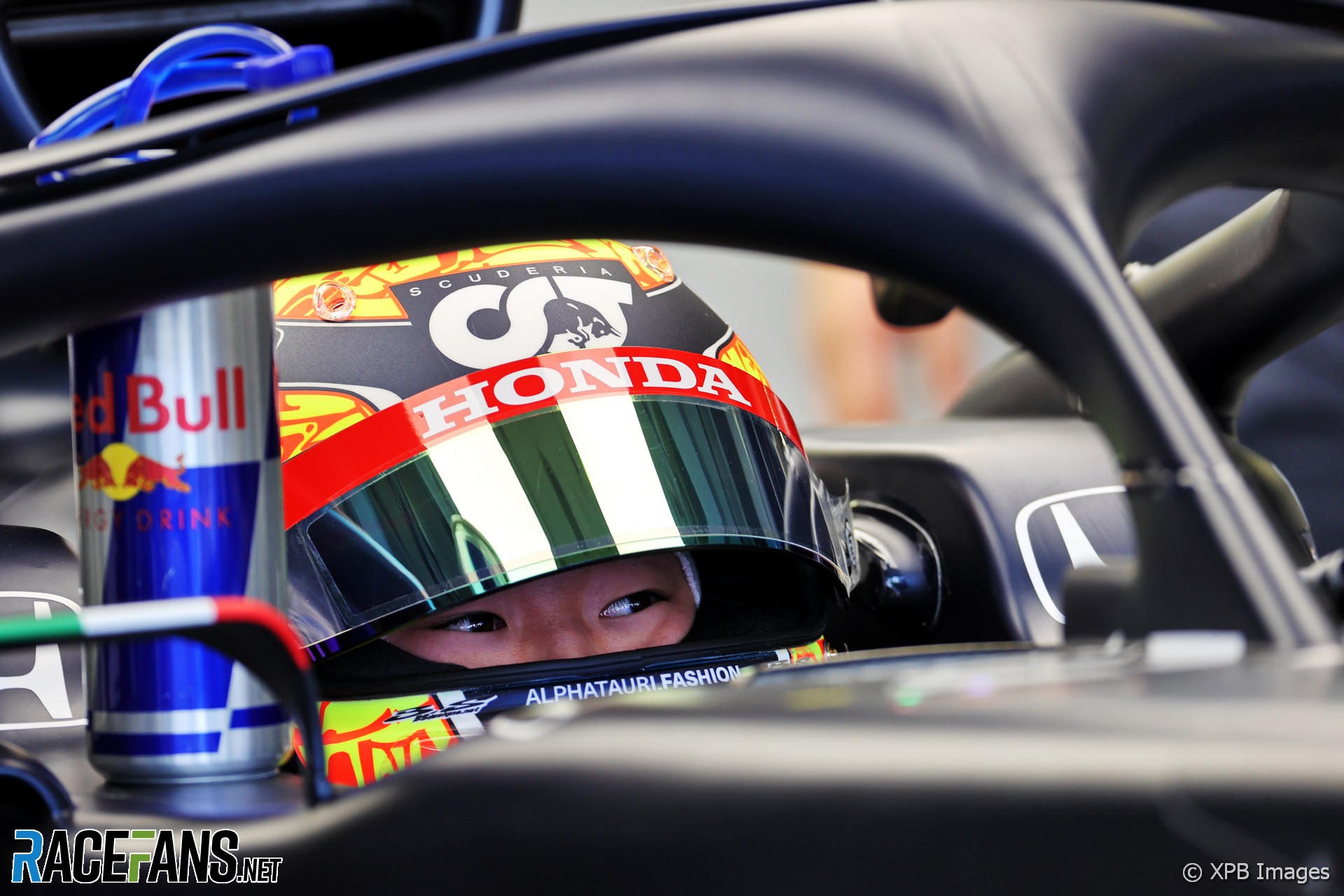 Red Bull team principal Christian Horner softened his criticism of Yuki Tsunoda’s driving in qualifying but defended his reaction to the incident involving his drivers.

Both Red Bull drivers abandoned their final runs in Q3 after encountering Tsunoda at turn 10. Sergio Perez went off the track and Max Verstappen backed off, costing both the opportunity to improve on their second-row starts.

An unimpressed Horner complained his drivers had been “Tsunoda’d” after qualifying. The team’s attitude towards its junior driver prompted a critical response on social media, which Horner dismissed.

“I think the problem, if you look into into the context of what is said, these things, unfortunately social media has a habit of picking on certain lines and then exploiting them,” said Horner.

“It is important that you can still… it’d be a pretty boring world if you’re unable to comment on the performance of a driver.”

Nonetheless Horner said on Sunday evening he had revised his opinion of how Tsunoda reacted when the two Red Bull drivers appeared behind him.

“I think having had chance to consider it, I think in fairness to Yuki, perhaps he could have been helped a bit more with more information,” said Horner in response to a question from RaceFans.

Footage of the incident showed Tsunoda was not warned Perez was catching him until the Red Bull driver was four seconds behind. The stewards did not investigate the incident.

“The outcome was unfortunate, particularly as he was only there to give a tow for his team mate,” Horner continued. “But it is what it is. In the end, it worked out okay – starting on the second row worked out fine for us today.”

From the second row of the grid, Verstappen took the lead from Valtteri Bottas and Lewis Hamilton at the start. Verstappen went on to win the race with team mate Perez third.

“As it transpired, being on the second row was actually probably the best place to be starting this race,” said Horner. “I thought Valtteri was fair into turn one, he allowed Max enough space, which is the rule on the way down to turn one. Max made the best use of it, braked incredibly late, almost took the standard racing line into there and was able to take the lead.

“So we were just fortunate with Checo that he was able to avoid the accident between Daniel [Ricciardo] and Valtteri. But I thought it was a good start, we made the tow work and in Valtteri played fair.”