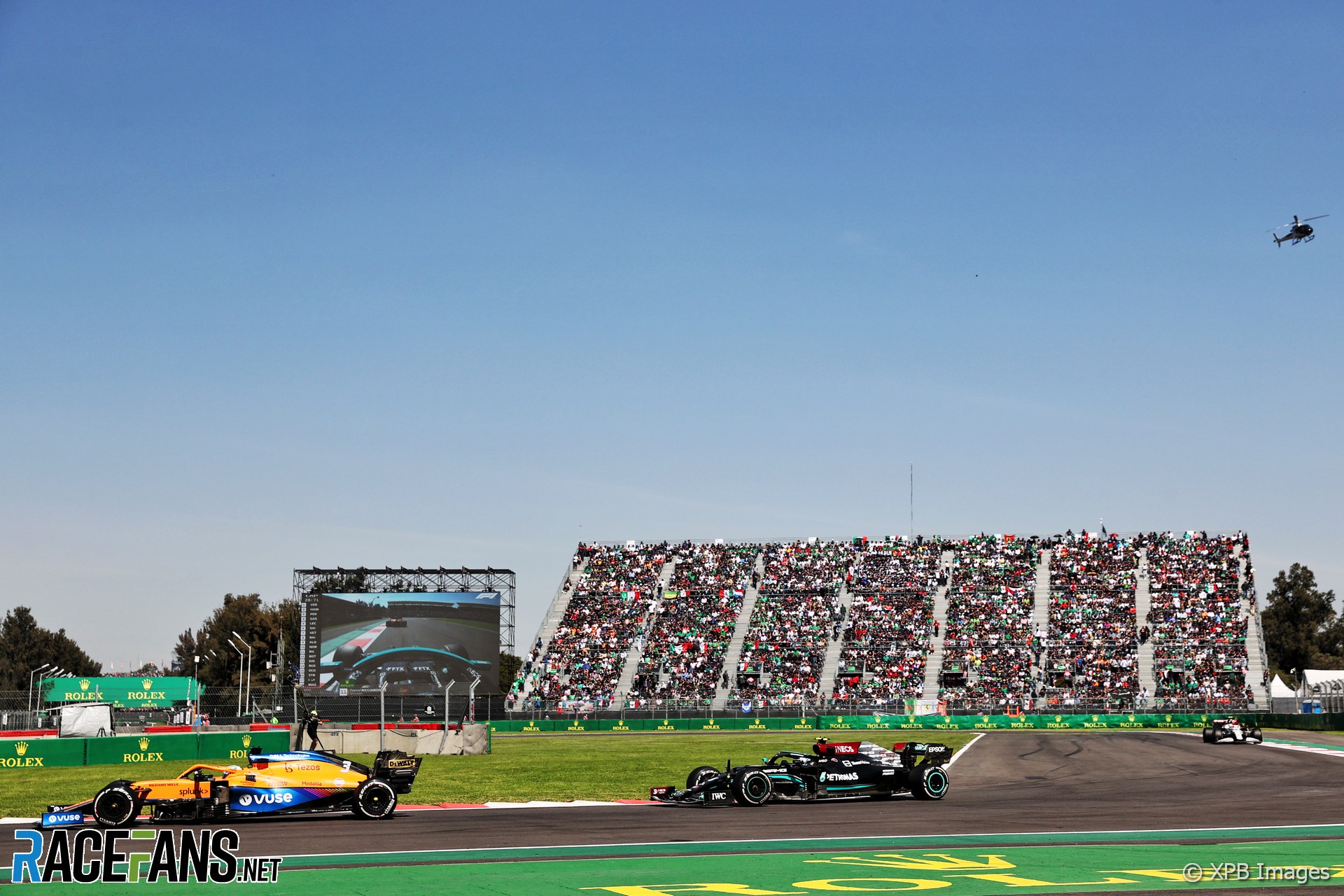 Valtteri Bottas admitted it was “not my lucky day” in Mexico after the pole-winner slumped to 15th at the finish.

The Mercedes driver was involved in a first-corner collision with Daniel Ricciardo which left both at the back of the field. His efforts to recover were later thwarted by a slow pit stop.

“It was very tricky for me, obviously,” Bottas recalled of his race on Sunday. “I was quite compromised with the first corner incident. Obviously a lot less than what I aimed for today. Not my lucky day.”

Bottas was overtaken by Max Verstappen and Lewis Hamilton heading into turn one. Behind him, Ricciardo locked up going into the same corner, and hit the Mercedes from behind, sending it spinning around.

“He really ruined my day today,” Bottas said, jokingly. “Obviously I’m sure he didn’t do the initial hit on purpose and it compromised his race as well.

“But it was not ideal for my race today. I was stuck behind cars that I couldn’t pass and it was really, really tricky.

“[We were] also quite limited with the engine and brake temperatures, so I couldn’t attack for many laps in a row. So I had to go back and forward, and couldn’t find a way to progress.”

Bottas spent several laps running behind Ricciardo on track, unable to overtake the McLaren even with the assistance of DRS.

“It was tricky,” he said. “They have the same power unit, they have good straight-line speed and he was defending well and I just didn’t find a way [through].”

Mercedes’ attempt to use pit strategy to get Bottas ahead was also thwarted. “The best chance we had to get by was stopping when we tried,” he said. “But it was a slow stop.” His front-left wheel stuck, leaving him stationary for almost 12 seconds.

In an effort to take the fastest lap bonus point away from Red Bull, Mercedes brought Bottas in again for soft compound tyres. But this was compromised when he caught race leader Verstappen, unlapped himself, then was shown blue flags and had to cede the position.

“The team told me I can overtake if I’m faster, but then I got blue flags again and it was a bit messy,” he said.

After a fourth pit stop for another set of softs, Bottas finally secured the fastest lap. He was able to get close enough to the Williams of George Russell which gave him the advantage of DRS and moved him up one place on the final lap.

“In the end, it worked perfectly with George. I actually got DRS from him, and then I got DRS for after turn three as well. It was all about trying to find that gap.”