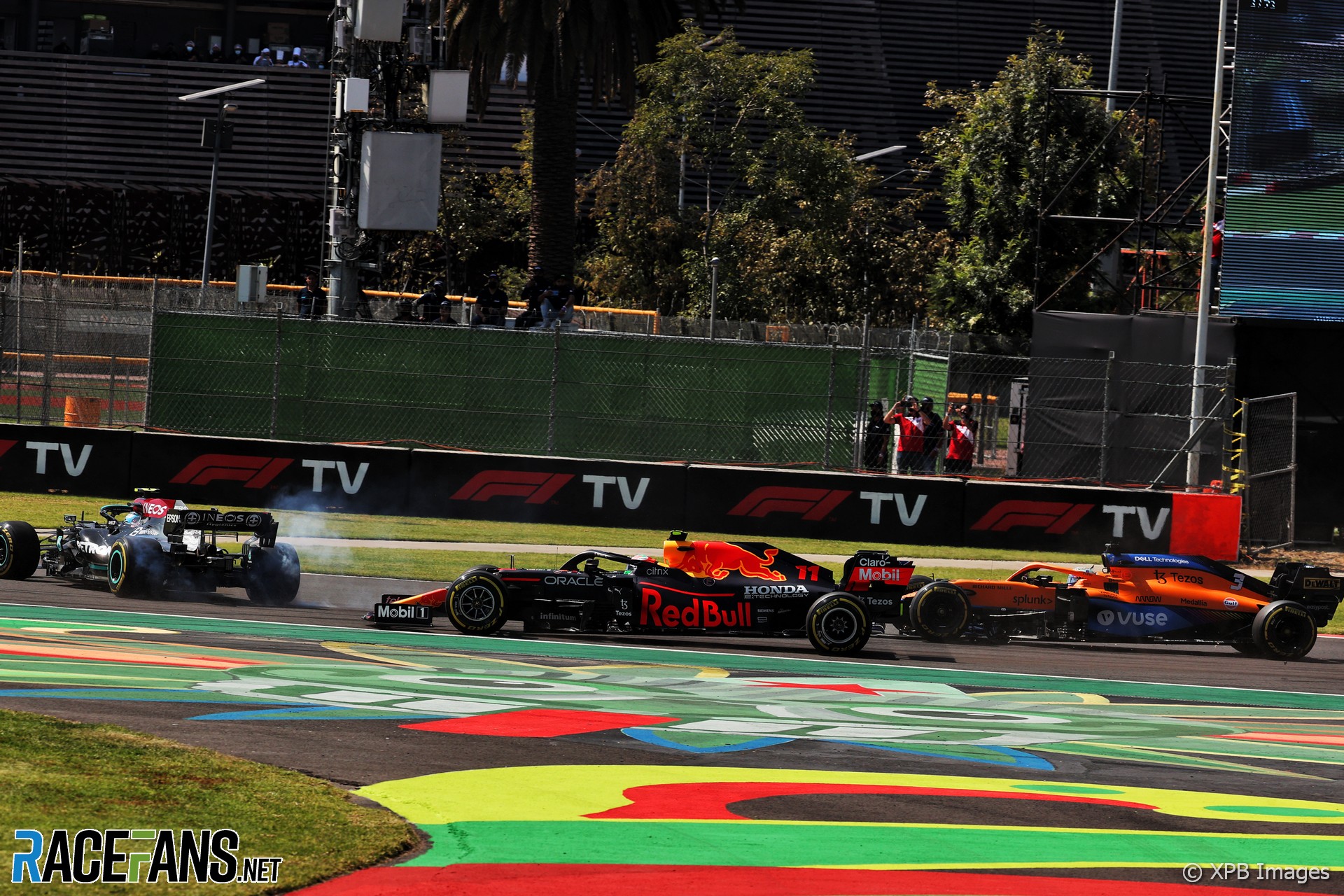 Mercedes team principal Toto Wolff said he was “surprised” the stewards did not conduct an investigation into the first-lap collision between Daniel Ricciardo and Valtteri Bottas.

Ricciardo tapped the Mercedes driver into a spin at the first corner. Both continued but fell to the back of the field, and two other drivers crashed in the ensuing chaos.

The collision occured after Ricciardo locked his brakes as the drivers arrived at the first corner. He nudged the rear of Bottas’ car with his front wing.

Race control quickly concluded no investigation was necessary. But Wolff said: “I think the stewards should have [had] a look into it.”

“In hindsight it was surprising that they didn’t look at a penalty,” he added.

Bottas spent much of the race stuck behind Ricciardo, and went on to finish 15th after a slow pit stop and two further tyre changes in a bid to set the fastest lap of the race. Speaking afterwards, Wolff said the point at which a penalty for Ricciardo would have benefitted Mercedes had passed.

“It doesn’t give us any benefit if Daniel gets penalised for the next race,” he said. “It would have helped in the race but at that moment our train has left the station anyway.

“The incident happened and in a way we could have maybe scored a few points more, but that’s not what we’re aiming for, we’re aiming to race at the very front.”

However McLaren team principal Andreas Seidl said the incident did not deserve a penalty. “From our point of view it was a racing incident,” he said, pointing out Ricciardo “managed to make the apex” and did not slide wide into Bottas.