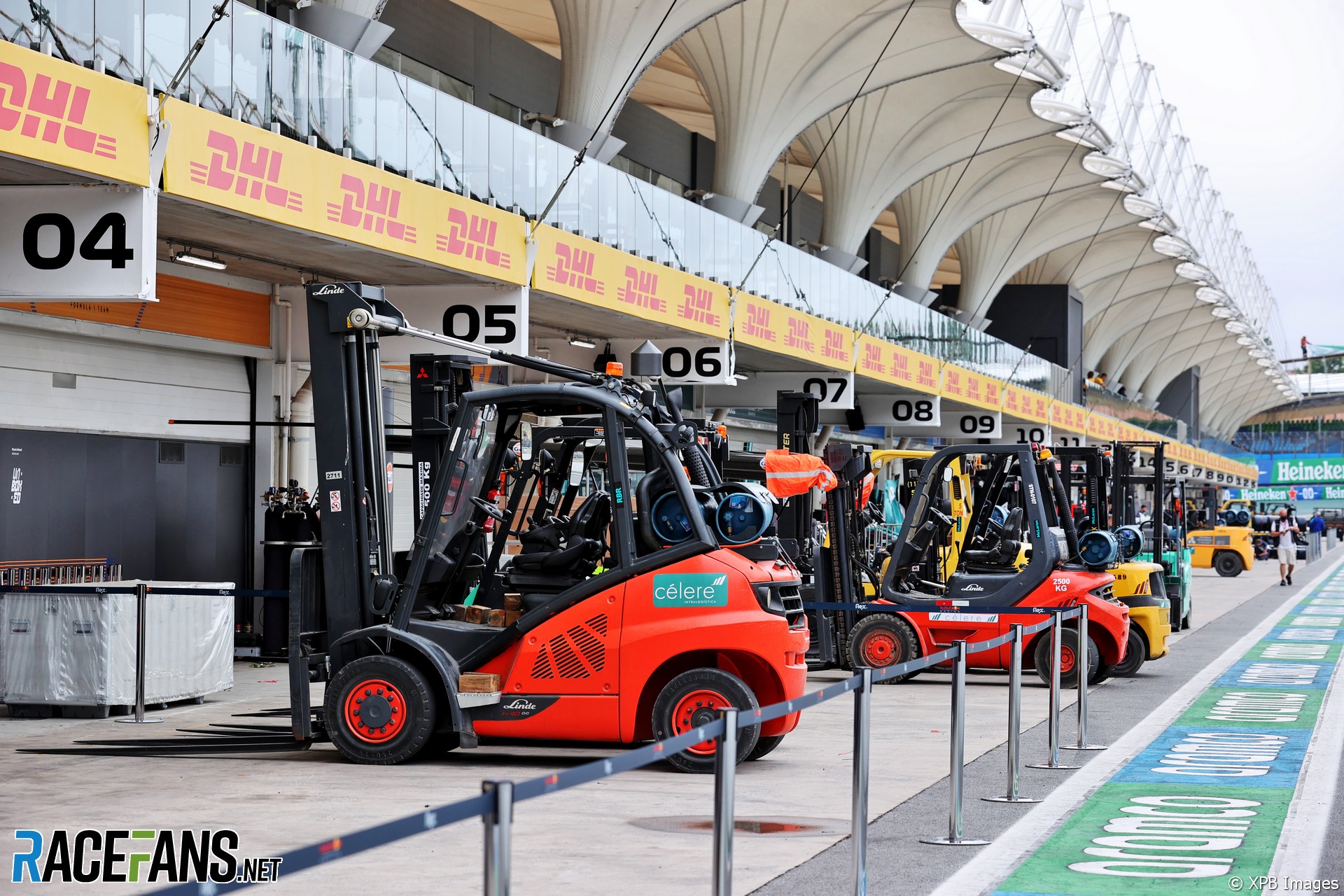 Haas team principal Guenther Steiner says they will have to work through the night to have their cars ready for practice tomorrow following the late arrival of teams’ freight at the Interlagos circuit.

All 10 teams are believed to have been affected by a delay in shipping freight from the previous round in Mexico City to Sao Paulo in Brazil, the scene of this weekend’s race. Steiner confirmed Haas parts including the team’s Ferrari engines plus their tools were late in reaching the track.

A large delivery of freight arrived shortly after 11am on Thursday at the circuit. In order to ensure teams can complete construction of their cars in time for practice at 12:30pm local time on Friday the FIA has waived its usual curfew on work hours for Thursday night and delayed the scrutineering deadline.

“All the rest of the regulations has been changed as of this morning, the curfew and the scrutineering times have been all adjusted so that we can still do the event as planned, not change the timetable of the event that that’s the plan. I think that’s achievable now.”

Teams are normally forbidden from having staff associated with the operation of their cars within the confines of the circuit during a nine-hour period overnight before the start of first practice. The stewards confirmed on Thursday this has been waived. They have also been given a 15-hour extension on the deadline to complete scrutineering of their cars, which must now be done three hours before the start of practice tomorrow.

Haas had been able to being set-up of their facilities as garage and hospitality equipment had arrived via sea freight. “We got lucky, also, our IT equipment came with the plane, that is not in the sea freight so we could set that all up,” he added.