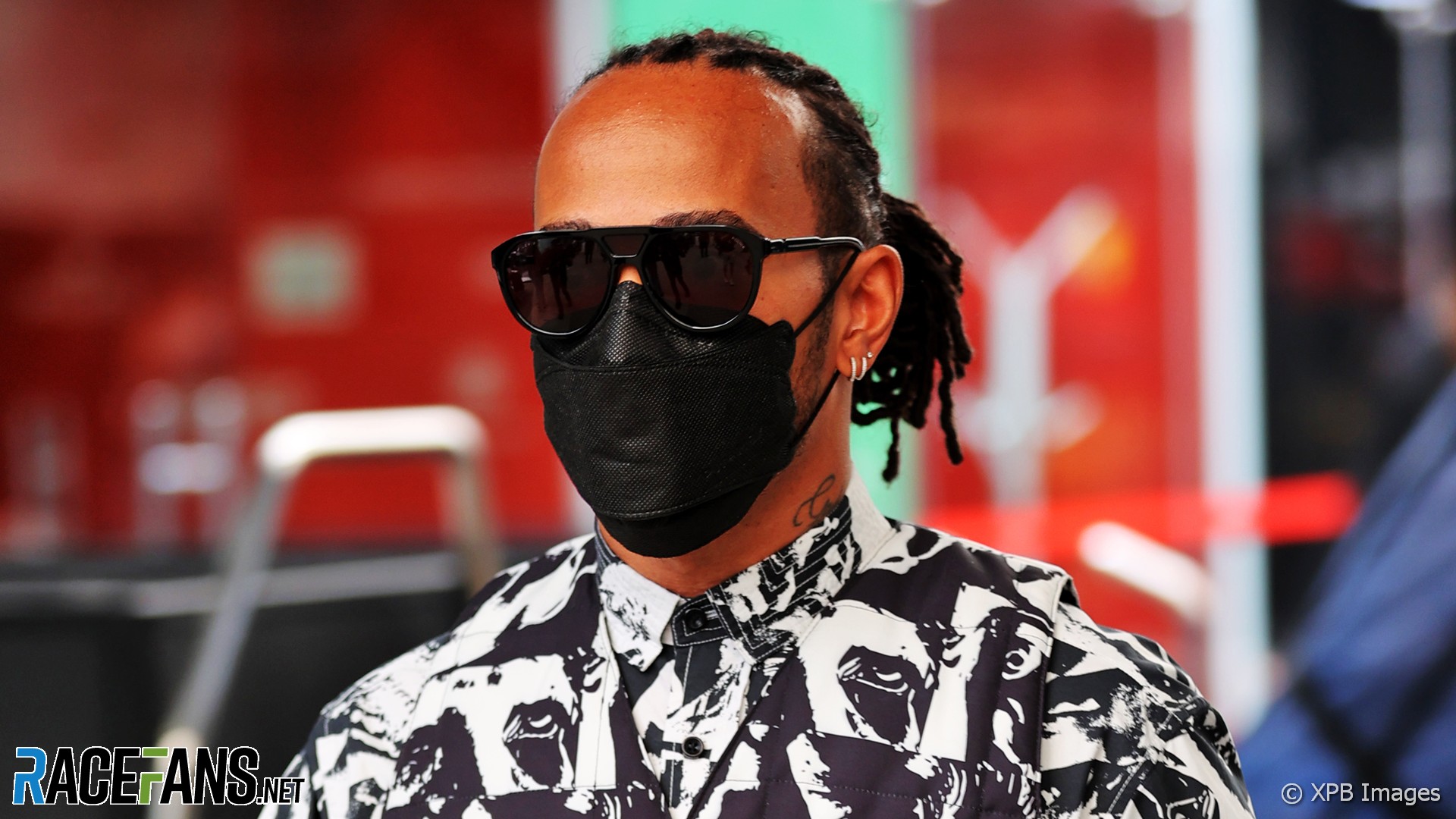 [raceweekendpromotion]Lewis Hamilton says he does not yet know if he will face a penalty at this weekend’s Sao Paulo Grand Prix amid rumours Mercedes will change part of his power unit again.

The world champion, who goes into this weekend’s race 19 points behind Max Verstappen, has already exceeded his maximum allocatiuon of power unit parts once. He took a fourth internal combustion engine in Turkey, incurring a 10-place grid penalty.

If he takes a fifth engine he will face a five-place grid drop at Interlagos, as his team mate Valtteri Bottas did at the United States Grand Prix.

Bottas has used six internal combustion engines over the 2021 season so far as Mercedes endeavoured to address a reliability problem with their power units. Hamilton was therefore expected to need another at some point during the final races.

Asked ahead of this weekend’s race whether he will need a new engine, Hamilton said: “I can’t really comment at the moment, I don’t know.”

“I don’t think the engines have even arrived this morning,” he added. Several teams have experienced delays to the arrival of freight from the previous round in Mexico.

“So as far as I’m aware, currently my engines are fine,” Hamilton continued. “But I’ll find out, obviously, later on. We’ve not even done engineering yet.”

45 comments on “Hamilton awaiting news on engine amid penalty rumours”