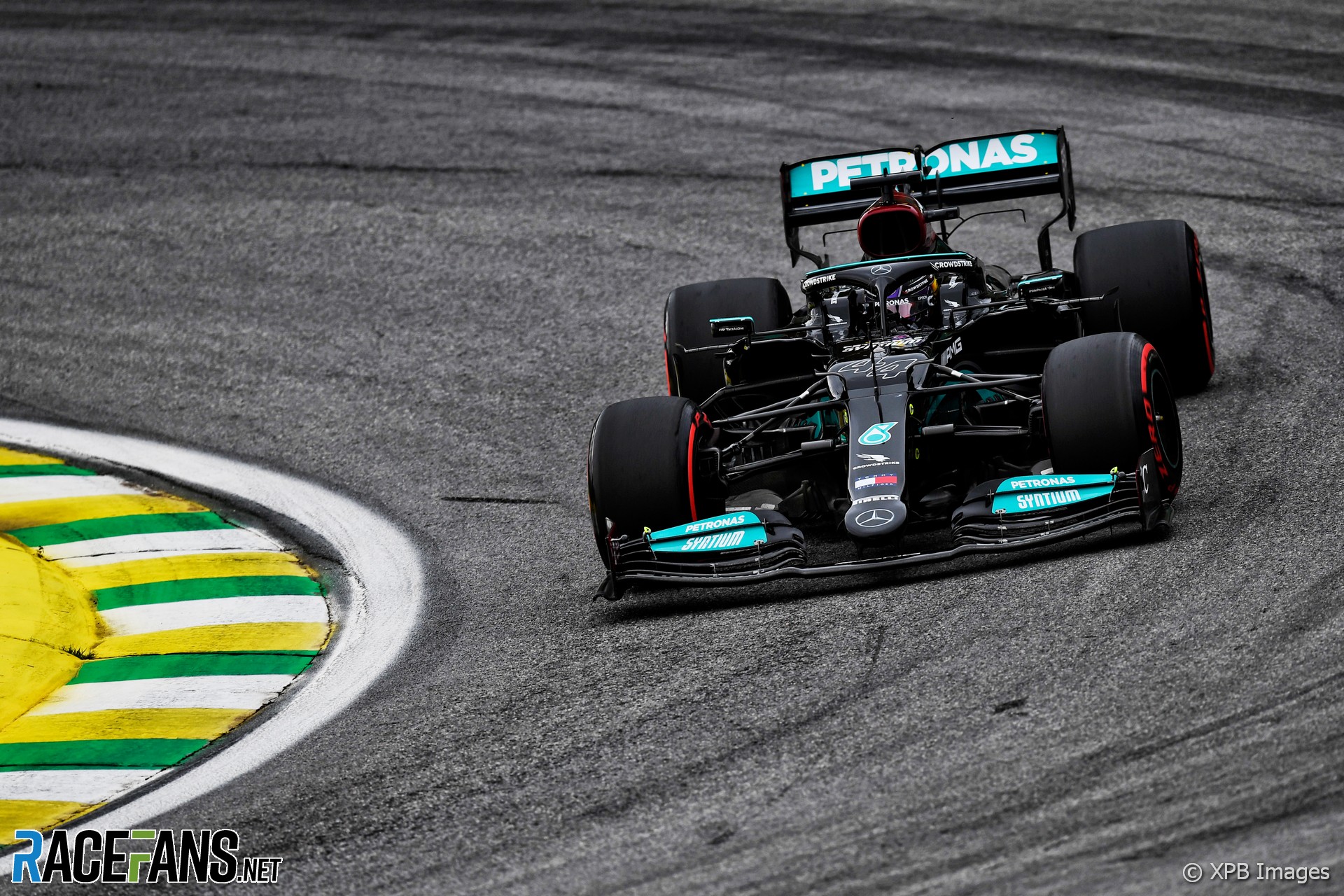 [raceweekendpromotion]Lewis Hamilton is at risk of being excluded from the results of qualifying after his car failed a technical inspection.

Technical delegate Jo Bauer confirmed his Mercedes did not comply with a technical directive relating to the operation of his Drag Reduction System.

The DRS overtaking aid works by allowing drivers to open their rear wings to reduce drag on the straights. The technical regulations specify the DRS flap may open by a maximum of 85 millimetres. According to Bauer, this limit was exceeded.

“The uppermost rear wing element adjustable positions were checked on car number 44 for compliance with Article 3.6.3 of the 2021 Formula 1 Technical Regulations,” Bauer noted. “The requirement for the minimum distance was fulfilled. But the requirement for the maximum of 85mm, when the DRS system is deployed and tested in accordance with TD/011-19, were not fulfilled.”

Bauer has referred the matter to the stewards. If upheld, technical infringements ordinarily result in drivers being excluded from qualifying, and having to start from the back of the grid.

Hamilton would therefore have to start Saturday’s sprint qualifying race from the back of the grid. He has already incurred a five-place penalty, for exceeding the maximum number of power unit elements, which will be applied to the starting grid for Sunday’s grand prix.

A Mercedes representative has been summoned to meet the stewards at 7:15pm local time.