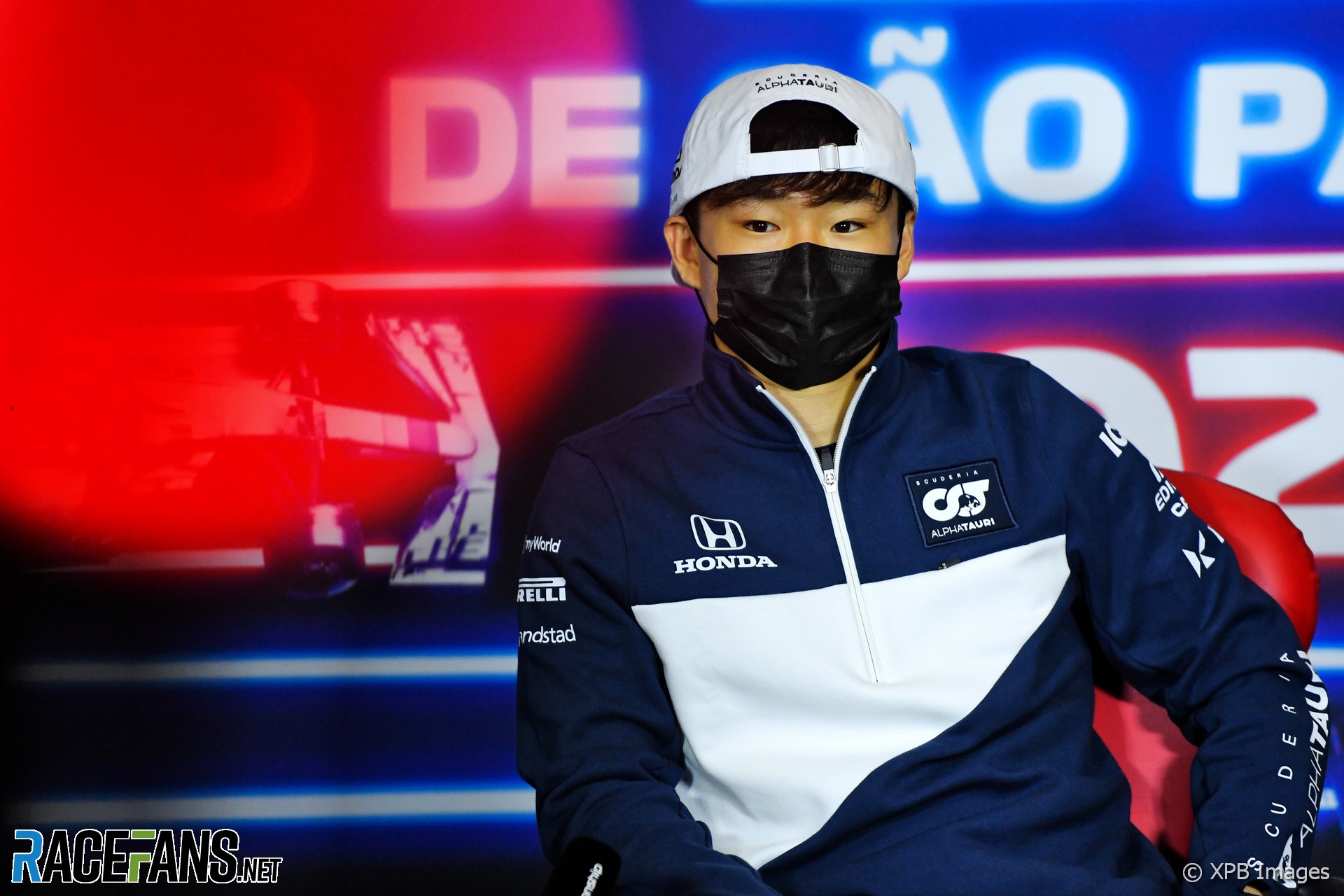 [raceweekendpromotion]Yuki Tsunoda had talks with his AlphaTauri engineers and Red Bull management following the incident he was involved in during Q3 in Mexico.

Both Red Bull drivers missed the chance to improve their lap times when they caught Tsunoda in the dying seconds of qualifying at the Autodromo Hermanos Rodriguez. Although Tsunoda pulled off-track to let them by, Sergio Perez also ran wide, and Max Verstappen backed off as a result.

“We spoke lots of things about the quali three situation,” Tsunoda confirmed in response to a question from RaceFans. He said his team understood he had been warned too late that the Red Bull drivers were catching him.

“The engineers agree that I couldn’t do anything more than really that [in the] situation,” he said. “But also at the same time, we can clearly see that there’s a space that we have to learn about radio conversation.

Immediately after qualifying Red Bull team principal Christian Horner said his drivers had been “Tsunoda’d”. He later agreed Tsunoda “could have been helped a bit more” by his team. The AlphaTauri driver said he’d also discusses the incidents with members of their sister outfit.

“I spoke with a Red Bull as well the day after and we had a good chat and I also heard from their perspective about the quali three,” he said. “So it’s just really unfortunate and we just have to learn from it, try not to do the same thing next time.”

Red Bull motorsport consultant Helmut Marko said on the day after qualifying that Tsunoda was not to blame for the incident.

“It wasn’t the fault of Yuki,” he told Sky. “Where should he go? He should have been told earlier go out of the way [because] the cars were coming.”