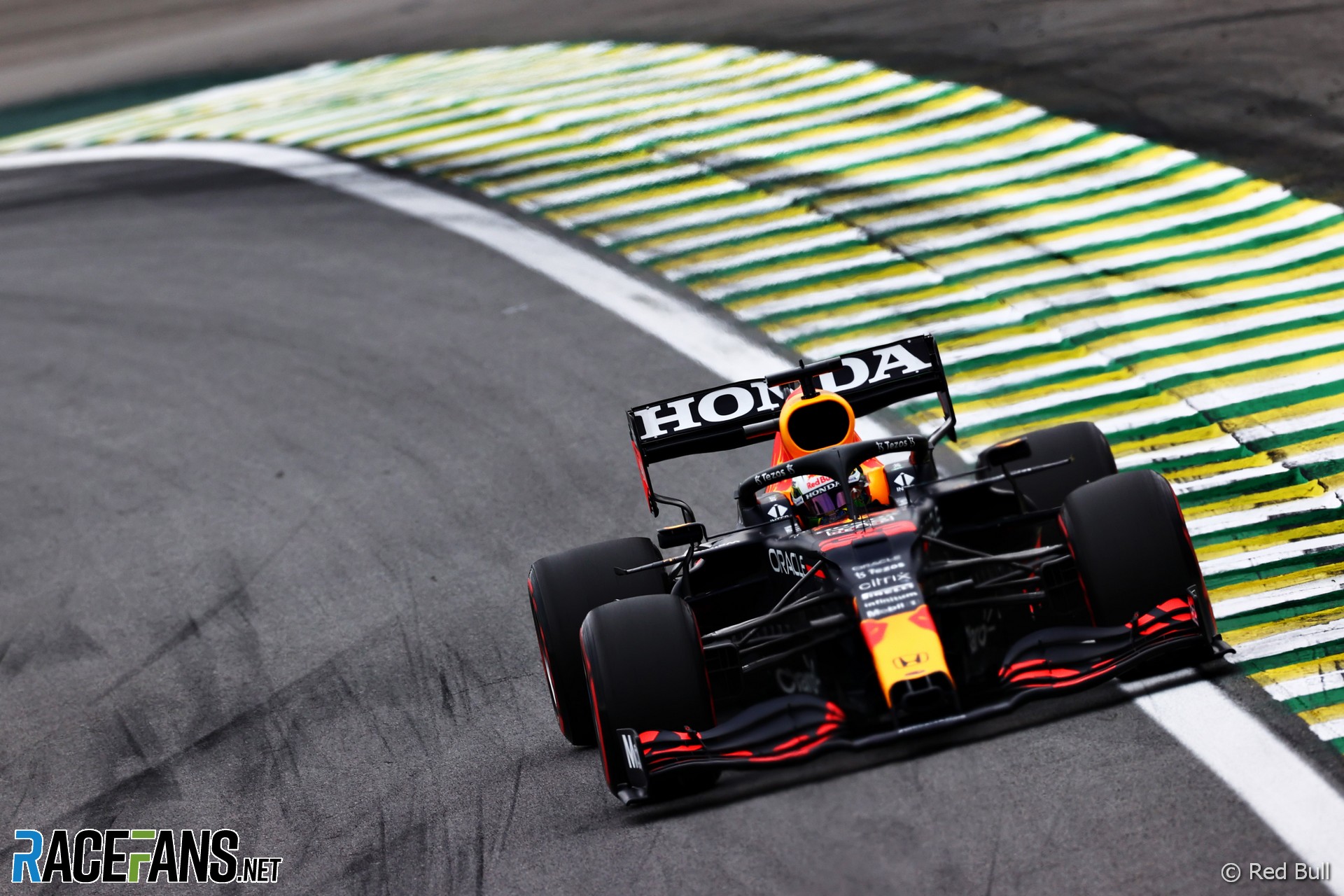 Max Verstappen says that he wasn’t surprised to be beaten by Lewis Hamilton in qualifying for the São Paulo Grand Prix sprint qualifying race after the Mercedes driver’s engine change.

Mercedes has fitted a new engine to Hamilton’s car, his fifth of the season, as they have found their power unit performance is degrading more quickly than expected this year.

“When they take a new engine, naturally, they have a bit more power for a weekend,” said Verstappen, who took second on the grid. “So for me, it’s not a big shock.”

Hamilton led throughout qualifying, leaving the Red Bull driver over four tenths of a second adrift.

“I’m just happy to to be second, that’s a good position to start from,” said Verstappen. “Of course, you always want to be closer. But sometimes you just have to be realistic, and there was not much more in it.”

The five-place grid penalty Hamilton has received for further exceeding his engine allocation will be applied to the grid for Sunday’s Grand Prix. He will start the sprint qualifying race from pole position, where points are awarded to the top three only.

“There are not that many points, of course, to gain in the sprint race,” said Verstappen. “So I hope to have a good first lap and see from there.”

“Then, of course, the most important one is on on Sunday.”

Temperatures are forecast to rise over the course of the weekend, which Verstappen believes could play to Red Bull’s advantage.

“It will be completely different anyway, it’s going to be a lot warmer,” said Verstappen. “So that will change the behaviour of the car as well. So we’ll see.”

11 comments on “Verstappen: “Not a big shock” Hamilton is ahead after new engine”