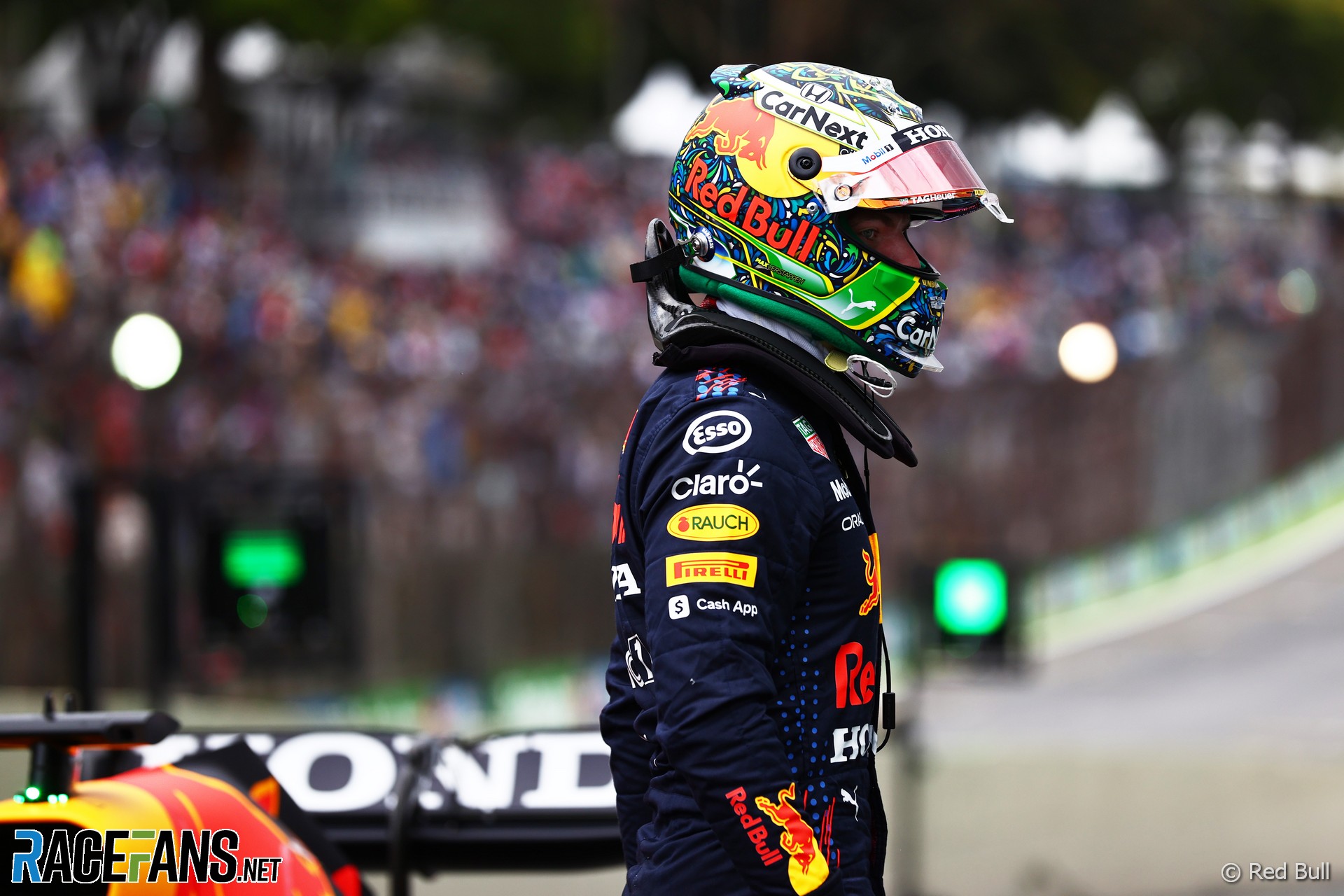 [raceweekendpromotion]Red Bull team principal Christian Horner is confident thatMax Verstappen is in no danger of being penalised for inspecting Lewis Hamilton’s car after qualifying in São Paulo.

The stewards announced yesterday that Verstappen is under investigation for potentially infringing parc fermé rules, after footage emerged showing him touching Hamilton’s rear wing. Verstappen met with the stewards this morning.

Horner said other drivers have done the same as Verstappen in the past without being penalised.

“I think, as we’ve seen with many, many drivers, they sometimes have a look around what’s going on with other cars. That’s all it was, a bit of inquisitiveness.”

“We’ve seen it before. We’ve had drivers pull our clutch paddles, we’ve had heads in cockpits, we’ve had front wings tested, tyres pushed, cars rolled around. So it’s not something that’s unusual. It’s never been brought up or even discussed previously.”

Horner said he would “be amazed” if the investigation led to a penalty for his driver. “There’s so many precedents, it’s almost become standard practice for drivers.

He said Verstappen had acted on his own initiative when examining his rival’s car. “Obviously Mercedes’ straight line speed is very impressive so I think he’s maybe just having a look at that.”

“Drivers are very inquisitive animals, sometimes, aren’t they? As I say, we’ve seen that many, many times.”

Hamilton’s Mercedes is also under investigation, after FIA technical delegate Jo Bauer advised the stewards it had failed an inspection of its Drag Reduction System. Horner believes the penalty decision will be straightforward.

“The car has been reported to the stewards because it failed the test. And the test is quite clear. I think we all saw the video footage of the car failing the test so I can’t see how it could then be deemed to comply with the regs. So it’s again fairly binary. It’s either in or out.”