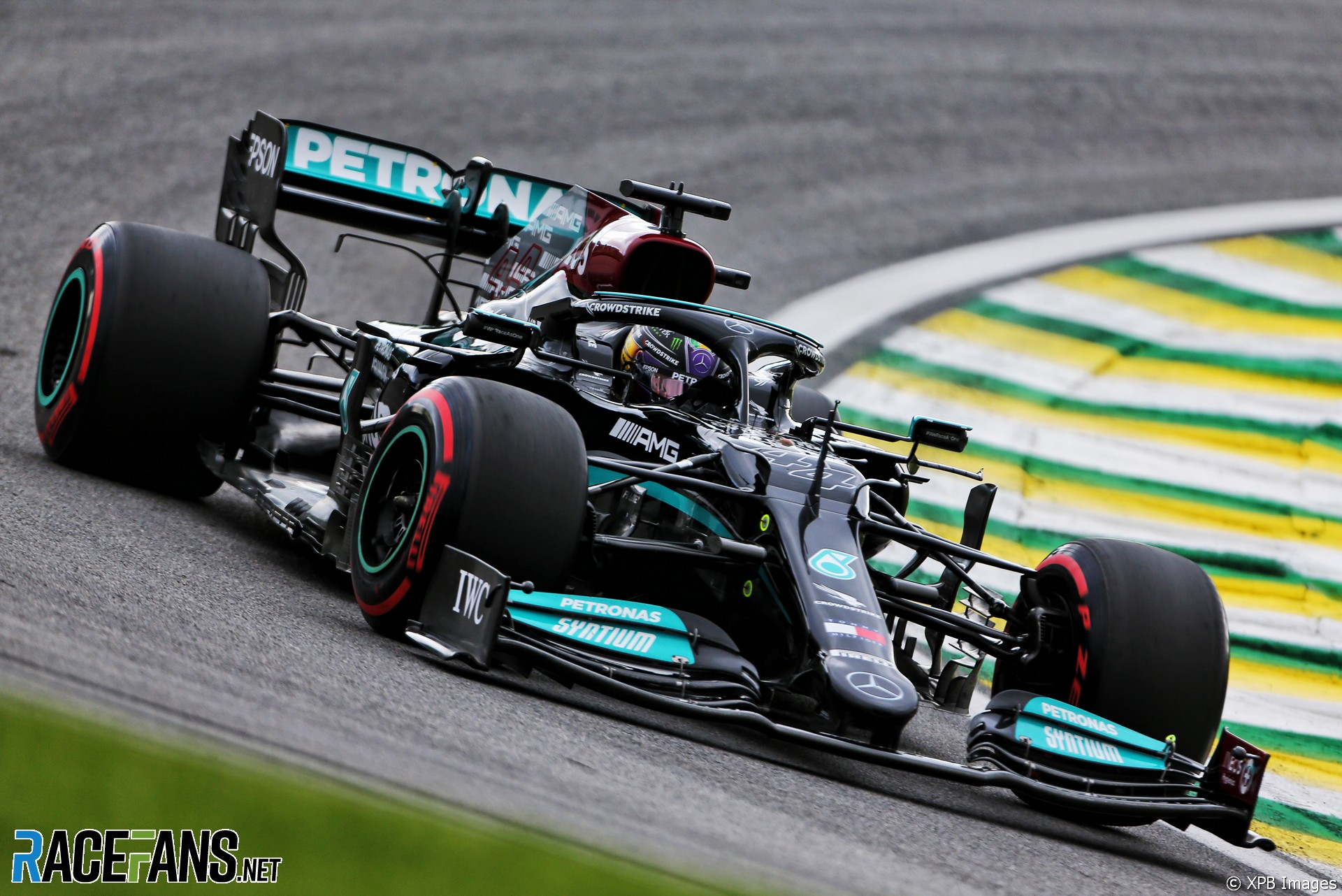 [raceweekendpromotion]The FIA stewards will not rule on whether Lewis Hamilton keeps his pole position for the sprint qualifying race at Interlagos until Saturday morning at the circuit.

Following today’s qualifying session, FIA technical delegate Jo Bauer notified the stewards at 6:28pm local time that the rear wing on Hamilton’s car had failed an inspection of its Drag Reduction System. Its DRS was found to open by more than the permitted 85 millimetres.

Mercedes representatives were summoned to meet with the stewards at 7:15pm. However shortly before 10pm the stewards announced the decision will not be taken until the following day as they await further evidence.

“The stewards have adjourned the hearing relating to document 18 of the 2021 FIA Formula 1 Sao Paulo Grand Prix as they await further evidence that will not be available until the morning,” the FIA confirmed in a statement.

The stewards have ordered the relevant parts of Hamilton’s Mercedes W12 are impounded overnight.