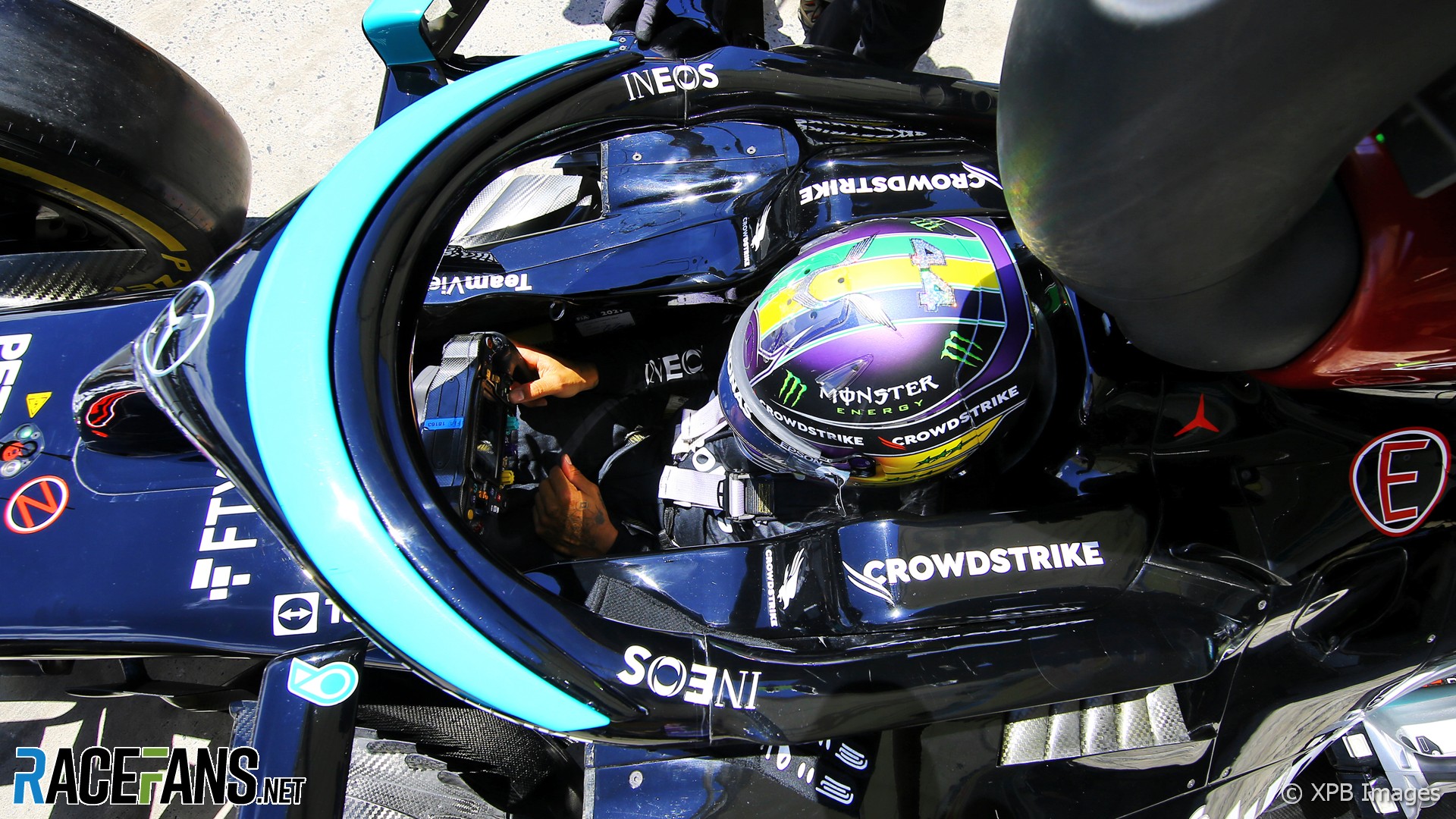 [raceweekendpromotion]Lewis Hamilton will start today’s sprint qualifying race for the São Paulo Grand Prix at Interlagos from last on the grid, after being excluded from Friday’s qualifying session due to a technical infringement. Hamilton entered this weekend trailing Verstappen by 19 points, with this and just three more grands prix left to run.

The stewards’ decision handed down this afternoon, nearly a full day after the end of qualifying, does not end Hamilton’s hopes of winning a record eighth world championship this year. But it is a serious blow.

Come Sunday evening at Interlagos, Hamilton may very well face a situation where he no longer controls his own championship destiny.

Hamilton’s exclusion means he has to fight his way up through the field from 20th place into the top three, if he is to score any points in the session. The past two sprint qualifying events make that seem unlikely. The most places that any driver has gained during a sprint is four, when Fernando Alonso went from 11th to seventh, and Kimi Raikkönen went from 17th to 13th at Silverstone.

That said, this is the first time any of the “big four” drivers at Mercedes or Red Bull to have had to start from the back in a sprint. Even so, Verstappen needed all 53 laps of the Russian Grand Prix, plus a sudden downpour of rain, to work his way up from 20th to second.

Meanwhile Verstappen has been elevated to pole position for sprint qualifying at Interlagos with Hamilton’s exclusion. Verstappen won the sprint at Silverstone from the front row passing Hamilton into turn one.

Verstappen only has to hold his lead until the end to gain three points on Hamilton, bringing the margin to 22 points heading into Sunday. Barring shocks, Verstappen will start from pole, and Hamilton will start five places lower than where he finished the Sprint, because of a grid penalty for changing out his internal combustion engine before the weekend.

But even if Hamilton recovers to finish second to Verstappen tomorrow, a dream result after today’s blow, a win for Verstappen in the feature race would ensure he leaves São Paulo with a lead of at least 29 points, at minimum.

From there, even if Hamilton were to win Qatar, Saudi Arabia, and Abu Dhabi in succession to end the season – and gain all available bonus points for setting the fastest lap – Verstappen could still win the title by following him home in second place. And Hamilton hasn’t won and set fastest lap in the same race yet this season.

With Hamilton’s banishment to the back of the grid for today’s sprint qualifying race, and the likelihood that a lower-order points finish is the best he can hope for on Sunday, the points arithmetic is going to look ugly for him on Sunday evening.

Mercedes did have the option of lodging a protest against Hamilton’s penalty. Had they done this, he would have started sprint qualifying from pole position, enhancing his chances of scoring points.

But it would have been a massive gamble. Had the protest gone against them, not only would he have lost any points scored in sprint qualifying, but any from the grand prix as well, as the former sets the grid for the latter. It was a prudent but tough decision which preserves Hamilton’s best chance of salvaging points from this weekend.

Formula 1’s best title fight in five years isn’t over yet. But the odds on Verstappen being crowned world champion for the first time have suddenly shortened, and Hamilton’s hopes now rest on his rival suffering some kind of misfortune over the remaining events.