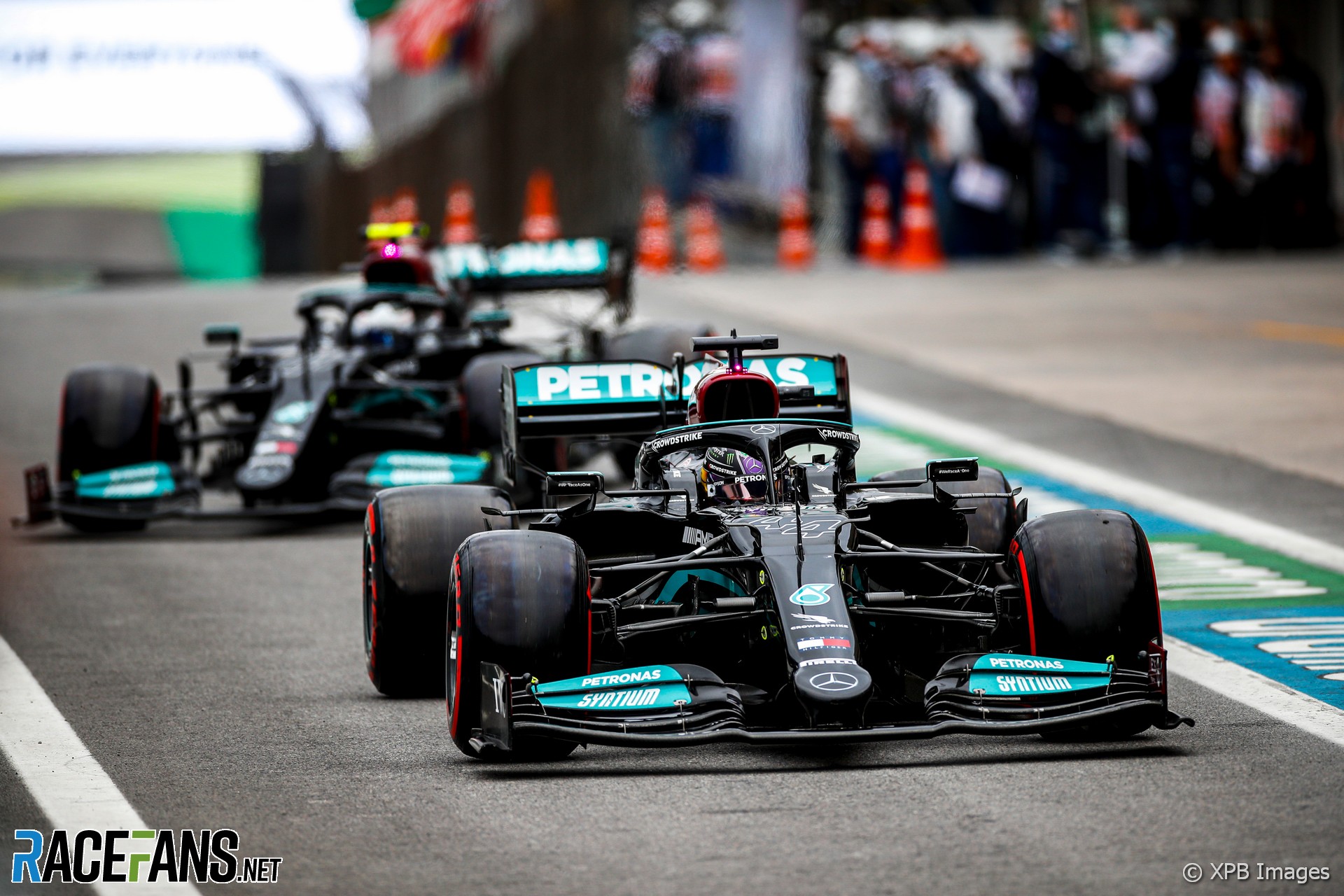 In the round-up: Mercedes team principal Toto Wolff believes their recent power unit reliability problems may have arisen from pushing too hard with their development since their close fight with Ferrari in 2019.

Wolff: Mercedes have lost reliability in hunt for performance

Lewis Hamilton has a five-pace grid penalty for today’s Sao Paulo Grand Prix, the latest in a series Mercedes and its customers have incurred this year.

Wolff believes the situation is a legacy of the competition they faced two years year. “We were pushed very hard in 2019 and came with a power unit in 2020 that was right there,” he explained. “But maybe it stretched us too much. And if you are in the constant pursuit of performance, sometimes reliability falls behind.”

Power unit development will be frozen next year. Wolff said the team “need to push hard” between now and then to ensure they aren’t left at a disadvantage to their rivals.

“We are fighting an extremely potent and reliable Honda engine,” said Wolff. “And these guys have put all the resource that you could potentially deploy on this last season – fair enough – and that will continue to be the power unit in the next few years in a frozen manner.

“Therefore, we just need to make sure that next year we start with an engine that is as good in performance as we have now, but then it can actually go through the seasons without incurring engine penalties.”

Esteban Ocon said his Alpine’s strong pace around Interlagos showed their fight with AlphaTauri for fifth place in the constructors’ title is far from over.

“We overtook Daniel [Ricciardo] into turn one and two around the outside, overtook Fernando [Alonso] on the launch,” Ocon recounted. “It was a very surreal race – we got lapped by AlphaTauri in Mexico, this week, we put the pressure on them.

“In three or four laps, I probably would have got Gasly,” Ocon continued. “So it’s a very decent race. It does give us confidence because we didn’t have an easy two last races, but we are pretty pleased to see that it’s working like it should here.”

After racing from last on the grid to fifth in just five laps, Hamilton described how he found inspiration in a photograph of a child facing adversity.

“I take inspiration from so many different people out there. I saw this picture of this kid that was doing a karate competition, but he was on oxygen, but that wouldn’t hold him back. And I thought that was really inspiring.

“So I kind of use those things, those stories that are out there to fuel the tank. And then, again, the fans today.”

Daniel Ricciardo said his sprint qualifying race was shaped by a misjudgement at the first corner.

“I lost two positions on the first lap. The initial getaway was alright, the start was decent, I remember.

“But I just chose the inside for turn one and from memory it was the lane that got bottled up a bit more and drivers who chose the outside just had a longer, clearer run into braking and could go later and deeper and yeah, just kind of sitting ducks.” Ricciardo said he was “obviously not happy with my decision to go on the inside”.

From then on Ricciardo said he was “stuck in that DRS train”, in which he lost a place to the recovering Hamilton. “I think I was quicker than the couple of cars ahead, but couldn’t really do much, so [I’m] disappointed.”

He intends to change his turn one tactics on Sunday. “Obviously one bad first lap is enough for a weekend, so I don’t plan on replicating that tomorrow.

“I’ll be the guy that has an amazing first lap tomorrow and then we’ll set ourselves up well. So that’s all I’m thinking right now, the first 60 seconds of lap one and then that’ll prepare my race.”

Formula 1's sprint/qualifying race format is essentially throwing a competition caution after the first 24 laps of a Grand Prix. It's pretty dumb.

Find out what went down when @WSeriesRacing Academy stars @nereamarti32 and @IraSidorkova climbed into F3 cars for a test day at Magny-Cours! 🤩

"'That is the 64-million-dollar question,' Carlin said when asked where the team need to improve. 'We are working hard, and we are having a bit of a restructure. I am bringing in some new guys from an engineering point of view and it’s already having a positive input.'"

As frustrating as fans might find exclusions based on technicalities, Denis says that F1 needs to enforce its rules strictly, to be genuinely fair.

Anyone remember Daniel Ricciardo being disqualified from Singapore 2019 Grand Prix qualifying for power breach? It was power spike of 0.0001 kW for a split second over allowed 120kW and Renault gave the stewards reasonable explanation why.

There is no room for wiggle in this type of situations, you give in to the teams once and they will abuse rules forever.
@denis1304