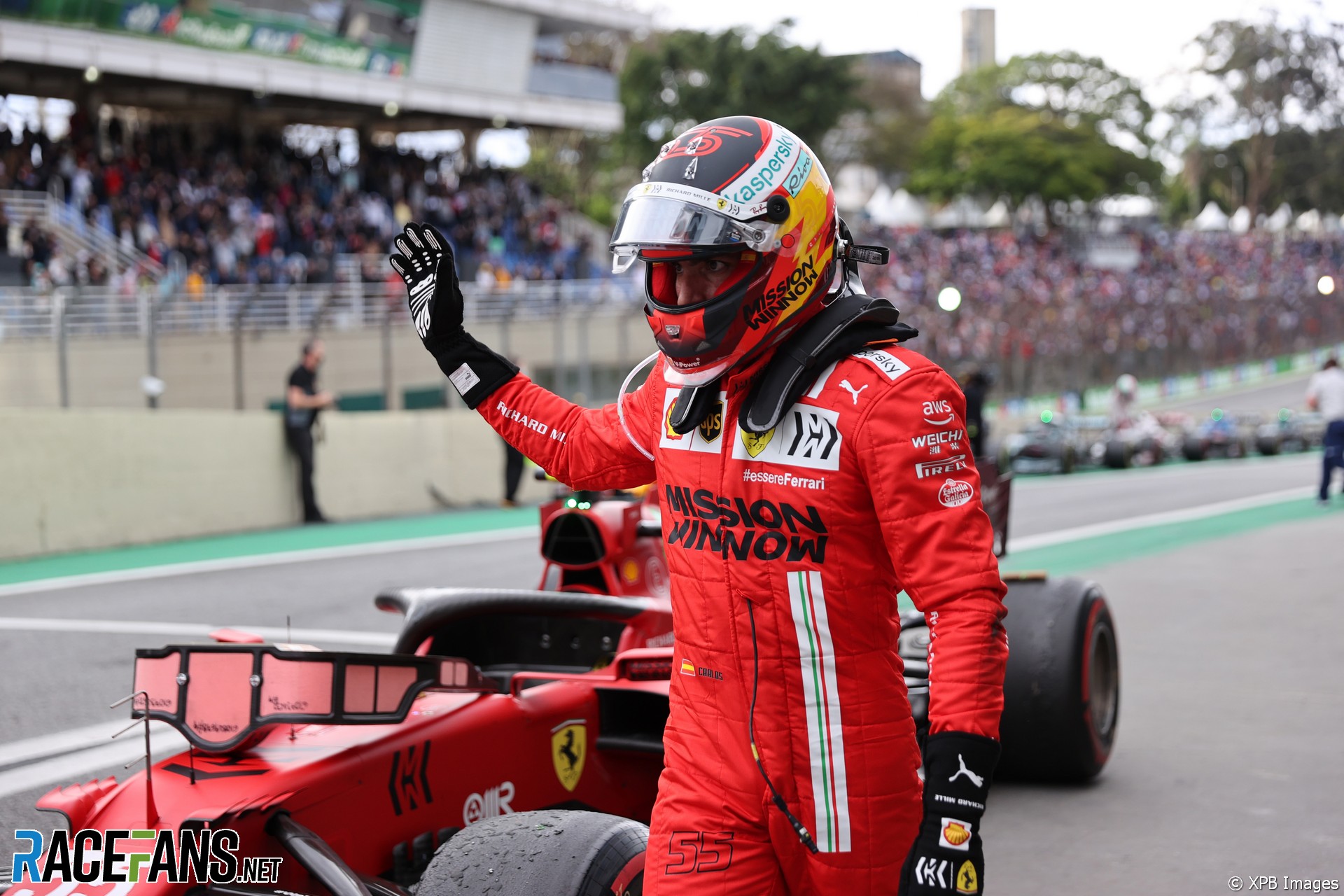 It is the first time in four rounds he has either finished a race or started one in the top three. For a while he ran in second place after passing Red Bull’s Sergio Perez and Max Verstappen from fourth on the grid.

“Starts have been a bit of a thing that I wanted to improve since the first half of the season, as it used to be one of my strengths in McLaren, Renault and Toro Rosso, and it’s been a bit of homework over these last few races to really try to nail them,” Sainz said.

“We put in a lot of work and [yesterday] that definitely started to pay off. Good moves. Playing with the guys up here, the Mercedes and the Red Bulls, is always a bit more fun and I get to enjoy some good battles.”

Sainz went into his battle on Pirelli’s soft compound tyre, more suited to single-lap pace but also to cooler track conditions, while his Red Bull opponents were on the more durable medium compound deemed more preferable for the 24-lap sprint by most.

“I was calculating and I realised that Max just had a lot of pace, so I used that laps that Max was overtaking me to manage my tyres,” he explained. “If I would have used the tyres to defend from Max, it would have been a lot more difficult to keep Checo behind, so I had to do my calculations inside the car.”

Sainz believes the soft was only the better tyres to have “for the first two laps”, but “from lap three, four onwards, once the softest is nearly overheating, you want a medium tyre”.

“We went for soft, but we were honestly 50-50, and the track [temperature] dropping before the race start kind of swung me towards the soft tyre just because I thought it was going to be a bit easier to keep it alive.”

While Sainz doubts he can repeat his start heroics in the grand prix itself, he says he will adopt an identical approach for the second and most important launch of the weekend.

“I’m going to keep the same approach – just trying to nail the getaway and then keep being on the aggressive side into turn one and four like I was and then see what comes.”