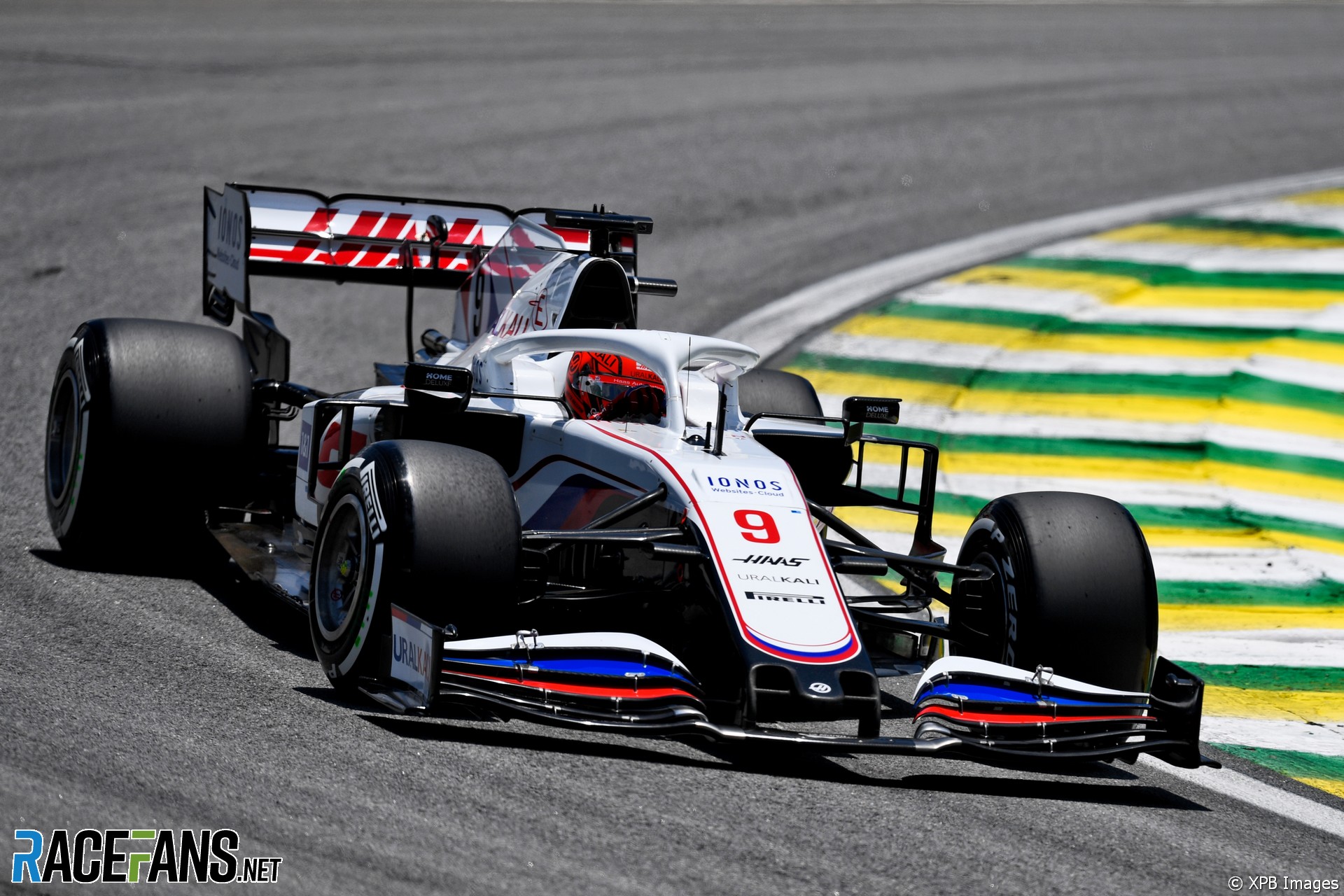 [raceweekendpromotion]Nikita Mazepin revealed his unexpectedly tearful response after qualifying for the São Paulo Grand Prix was not solely due to the errors on his lap which left him last in Q1 again.

The rookie described how staff turnover on his side of the Haas garage had taken a toll on him in recent races.

“It was mostly to do with a mistake on a qualifying lap,” Mazepin said on Saturday. “And I’m going through a pretty challenging period in the last few races, not only to do with the car balance, but also with some internal things going on in the team.”

“As you know, the team [is] shuffling around,” he explained. “People were coming and going in the last two races and I know that not everybody that is around me this year are planning to stay for next year. My team of engineering members hasn’t been the same and been changing ever since Turkey.”

“I have been surrounded ever since the start of this year by some very great, honest people,” Mazepin added. “And unfortunately my engineer left last week to another team, and he’s unfortunately not the only one. So that’s a challenge.”

Mazepin’s race engineer, Dominic Haines, recently returned from paternity leave, during which time Haas chief engineer Ayao Komatsu substituted for him. The driver said he was grateful for the commitment his team had shown and disappointed he hadn’t been able to repay them with a better result on Friday.

“To succeed in racing, I know what it takes, and it takes a special bond of people who – sorry for my English – work their arses off for you, and you do it, vice-versa.”

Haas team principal Guenther Steiner indicated the recent confirmation of a record, 23-race F1 calendar for 2022 had led some of the team’s staff to reconsider their futures in the sport.

“Every year you have got a little bit of change,” said Steiner. “On his car in particular this year this year a few people just don’t want to do the 23-race schedule next year.

“His race engineer started a family and he’s leaving because he wants to do something [else], he’s staying in racing but not in Formula 1, he’s doing something different.

“A few people move around and obviously when you are at the back of the grid, it’s always more because the motivation is just not as high as when you’re winning. When you are winning and when you are having big results, you keep yourself going by having more results. So this is quite normal.”

Steiner played down the scale of the changes going on at the team. “There is not like a mass exodus, by no means. It’s a little bit of turnover talked in, again, into a big drama, which it isn’t. This is happening in racing, at the end of the year some people move on and some people move out of motorsport because there’s other things to do as well.”

Since Haas entered F1 five years ago, 60 of its original staff are still in place, said Steiner, while others have moved on. “There will be always people wanting to go racing. But maybe some people say, ‘I’ll stick around for a few years and then I do something different, I’ll see a bit of the world. I’ll enjoy a bit of Formula 1, and then I’ll do something different or go to a racing series where there is not so many races.’

“So. I think obviously there’s a lot of races, but somebody who wants to do it is still going to do it, that’s my opinion.”

Mazepin’s 19th Q1 elimination of the season on Friday “obviously got to him and he got emotional,” said Steiner. “It is one of the things which can happen. But was I surprised? Not really, I mean, I don’t have a big opinion on that one.”

The driver said he has “worked quite hard with different specialists to make sure that my emotions behave correctly when I’m in the car.

“But I think when you jump out the car and you only have four minutes or so until you speak to journalists who ask you questions that ultimately bring back those memories, and you know what could have been a different result, it just feels sad.”

He said he understands why some members of his team have decided to move on. “Good people in any industry, is something that you obviously want to hold on to,” Mazepin said. “Unfortunately, personal relationships isn’t something that, in this world, can make people stay.