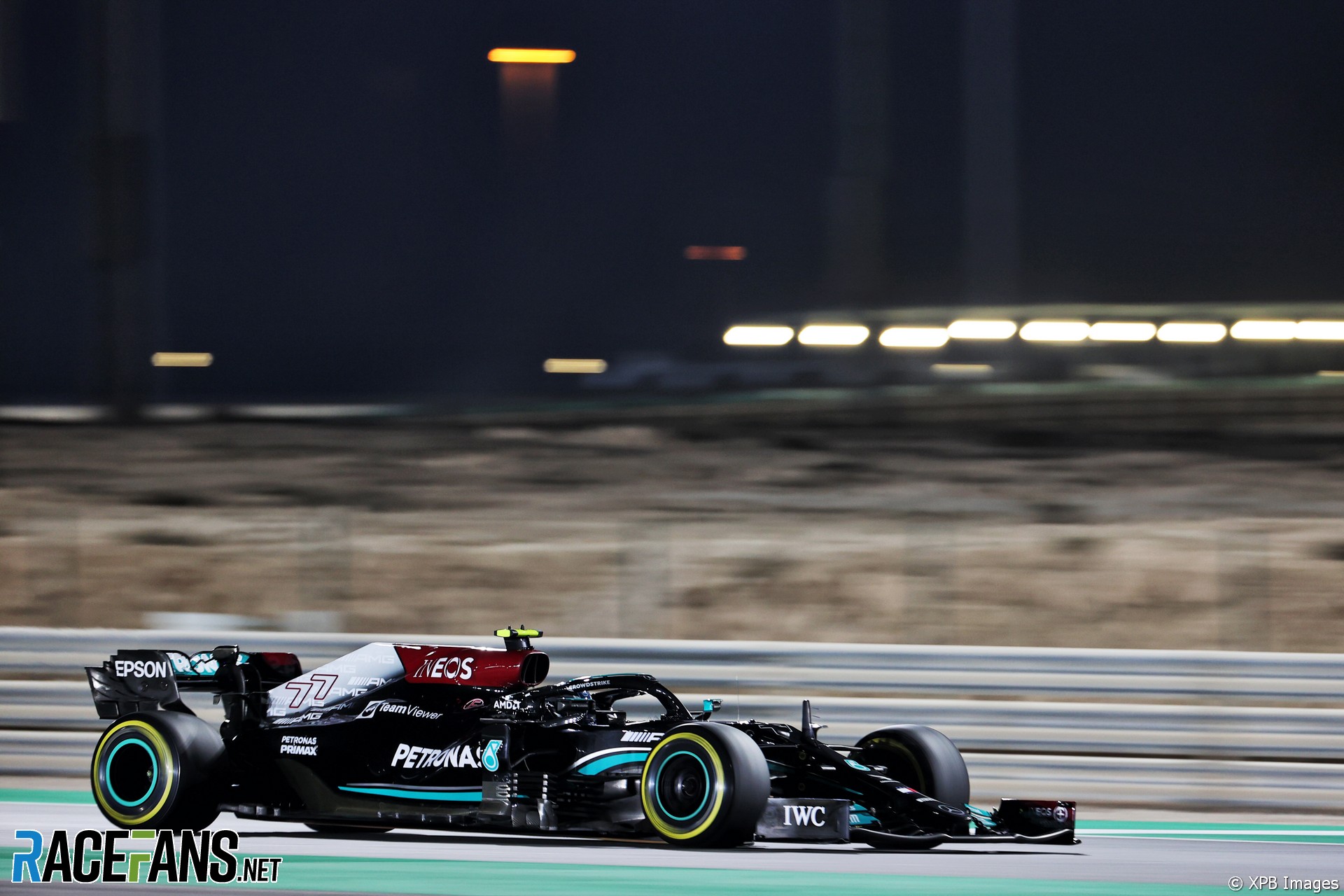 Valtteri Bottas put Mercedes on top of the second practice session for the Qatar Grand Prix, while Pierre Gasly was second-quickest for AlphaTauri once again.

Championship contenders Max Verstappen and Lewis Hamilton were next, the pair separated by less than a tenth of a second.

The second session was held after nightfall, the track fully floodlit and temperatures considerably lower than in the first hour. Traffic remained a problem as drivers cut their lap times, Bottas establishing a new track record with his 1’23.148.

Among the drivers to get in Bottas’ way was his own team mate. Hamilton apologies, saying on the radio he’d tried to get out of the way.

Fernando Alonso at one point commented that the traffic around Losail was so severe that drivers needed to be let out into a clear sector’s-worth of space, in order to avoid getting blocked. Not easy with 20 drivers and just three sectors.

One driver did not participate in the session, leaving only 19 cars circulating: Nikita Mazepin was ruled out due to Haas needing to change the chassis on his car. The switch was caused by damage done to Mazepin’s car during first practice, when several drivers experienced issues after running over kerbs.

Lance Stroll, who did very little running during first practice due to a hydraulic failure, was able to place sixth fastest, Lando Norris. Both Aston Martin cars were in the top ten, Vettel ninth, despite his difficulty in finding space for a clean lap.

Only one each of Ferrari and McLaren’s cars got into the top times, Norris and Carlos Sainz Jnr representing the rivals for third place in the constructors’ title. Meanwhile both AlphaTauris placed well, ahead of Sergio Perez – Yuki Tsunoda boosting the team’s hopes it can pull out a points lead over Alpine this weekend.