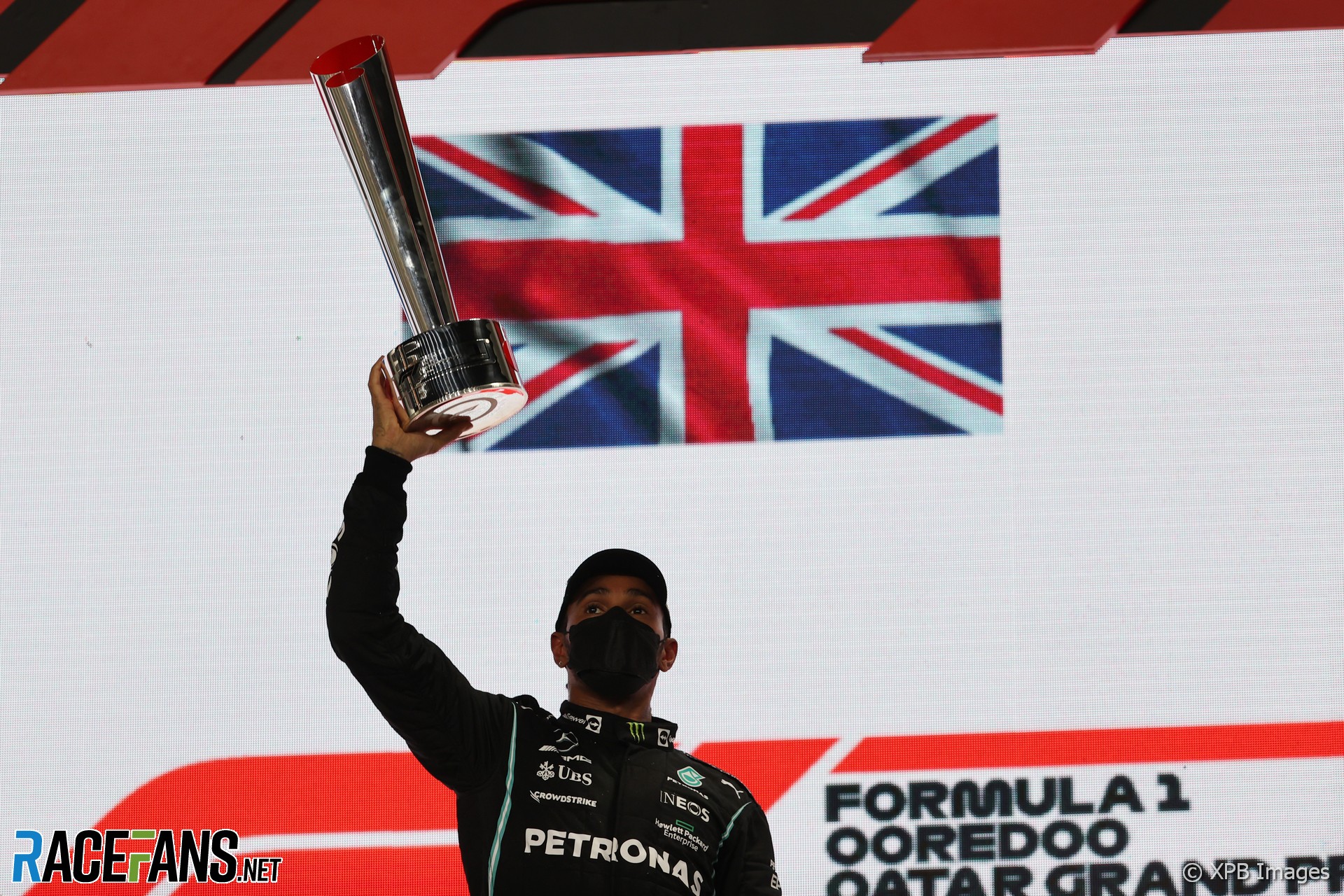 Mercedes expected the Losail International Circuit would be an “Achilles heel” for them before Formula 1’s first race at the circuit.

But a delighted Lewis Hamilton led the race from start to finish, scoring his second win in a row.

The Mercedes driver pulled away from the field from pole position and was seldom troubled by his pursuers including championship leader Max Verstappen, who finished second.

“Of course, I enjoy those races where you are battling through. But we needed those points today. So I think a real solid job from the team, just with pit stops and with the car.”

The closest Hamilton came to any drama occured when he picked his way past Nicholas Latifi, who was one of several drivers to suffer a puncture during the grand prix.

“I can’t wait to watch the replay of the race to see what happened behind me,” said Hamilton. “I’m not really sure why people’s tyres were going, I’m sure it’s the kerbs.”

“It’s been a hell of a year, so to be at this point of the year and have back to back wins is a great, great feeling and puts us in good stead for the next two.”

After Hamilton took qualifying yesterday team principal Toto Wolff admitted they expected the circuit would be their weakest of the final three.

“We have deemed this as bit of an Achilles heel,” he said. “The next ones, definitely Saudi, should play to our advantage. But maybe I’ll eat my words in Saudi that we think it’s good and then suddenly it’s going the other way around. And we have seen that this year, because Brazil should have been a Red Bull track.”