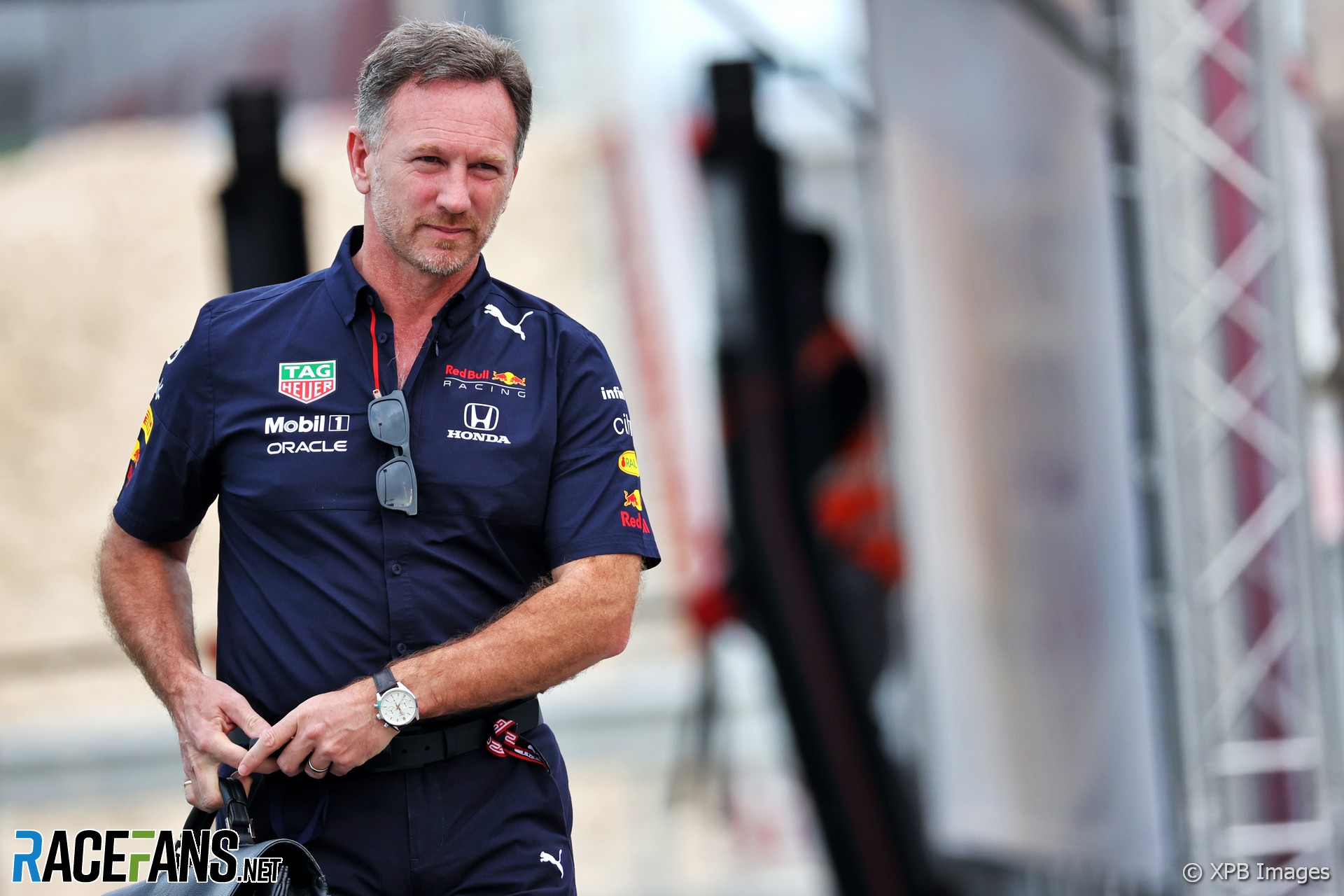 Red Bull Racing team principal Christian Horner has been given a formal warning after comments he made about a marshal following Max Verstappen’s grid penalty at the Qatar Grand Prix.

The stewards also accepted Horner’s offer to apologise to the marshal, explain to the media he did not intend any offence, and participate in next year’s FIA International Stewards Programme.

Horner blamed a “rogue marshal” for the penalty Verstappen received after qualifying. He was penalised for failing to slow for double waved yellow flags at the start/finish line after Pierre Gasly came to a stop at the end of Q3. While the electronic warning signals were cancelled, yellow flags were still being waved at one marshal post.

His comments were referred to the stewards by FIA F1 race director Michael Masi. The stewards noted “Mr Horner made a statement accusing the flag marshal who waved the double yellow flag at Point 16.6 as being a ‘Rogue Marshal’.”

Horner was found to have broken two articles of the International Sporting Code which prohibit comments which “cause moral injury or loss to the FIA” and “any misconduct towards… officials”.

According to the stewards Horner “explained that his reaction was one that was made under the pressure of competition following the penalty imposed on the driver of car 33 [Verstappen].”

“The stewards explained that the marshal concerned was doing his job in precisely the manner prescribed in the International Sporting Code.”

Following his meeting with the stewards Horner retracted his criticism of the marshal. “I’ve spoken to the FIA, I have apologised if any offence in any way was created because it wasn’t the intention.”

“But all the marshals out there, we need you, we think you do a wonderful job and and apologies if any offence was interpreted.”

51 comments on “Horner given official warning over “rogue marshal” comments”