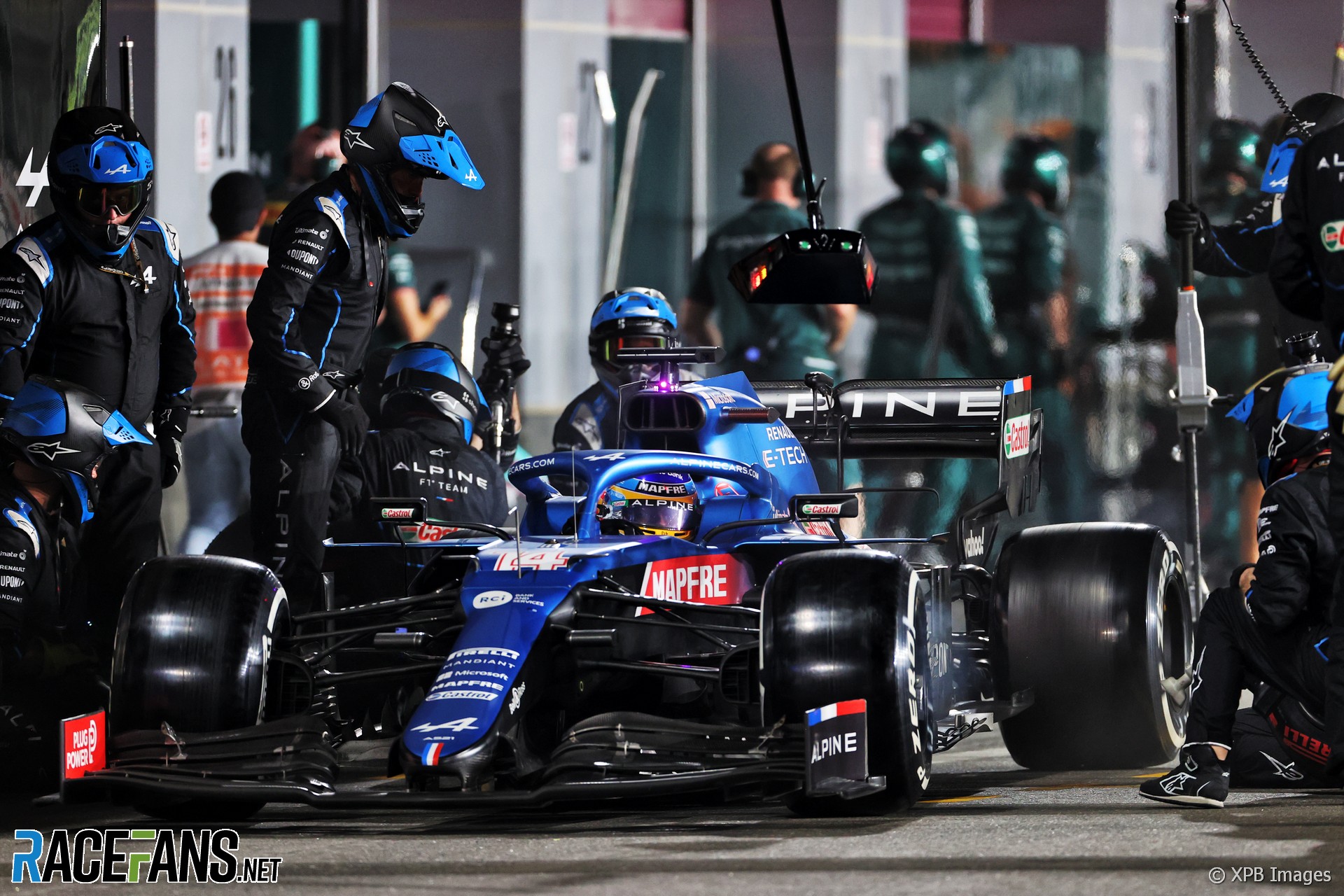 Formula 1’s official tyre supplier Pirelli has begun an investigation into the tyre failures which struck four drivers during the Qatar Grand Prix.

F1 was racing at the Losail International Circuit for the first time. Pirelli’s head of F1 Mario Isola said the track was “a very high energy circuit, especially on the front left, that is clear.

Even on cars that did not suffer punctures, Pirelli discovered “tyres that were completely worn, both front left and rear left.”

Bottas was the first to suffer a puncture on lap 34, having run the medium compound since the start of the race. Russell, Latifi and Norris had punctures later in the race on hard tyres they switched to for their second stints.

Isola said that the cause of the punctures was “something we have to investigate” and the early suspicion had fallen on the kerbs at the Losail circuit.

“I believe that part of the cause of that was the high-speed impact on kerbs because here we have a lot of run-off areas with kerbs they were hitting,” he explained.

“It’s not a secret, I believe that some cars have damage to the floor, to the chassis, to the wings. So to understand what happened, we need to send them back to Milan and investigate them. We have some cuts that are visible on the sidewall, that is the weaker part of the tyre and we have to understand.”

Isola described the failures as “sudden but not immediate”. The drivers “have been able to go back to the pit and change the tyre”, he continued, “so it was still controllable, even if losing pressure, obviously, you don’t have the same direction that you have when a tyre is inflated, but it was possible for them to come to the pit.”

He pointed out other cars had finished the race with “tyres still in good condition” which would prove useful to studying the cause of the failures. “I would say they are not destroyed, we can investigate on those tyres. And as usual, we will also make an investigation on the tyres used for long runs.”

Fernando Alonso was able to complete the race on a one-top strategy work, which Isola said was because he exercised caution with the kerbs. “Fernando was avoiding kerbs and his tyres are still in [good condition] – what we have to understand [is] that if the cuts were the cause, if we had the puncture due to other elements or what caused this.”