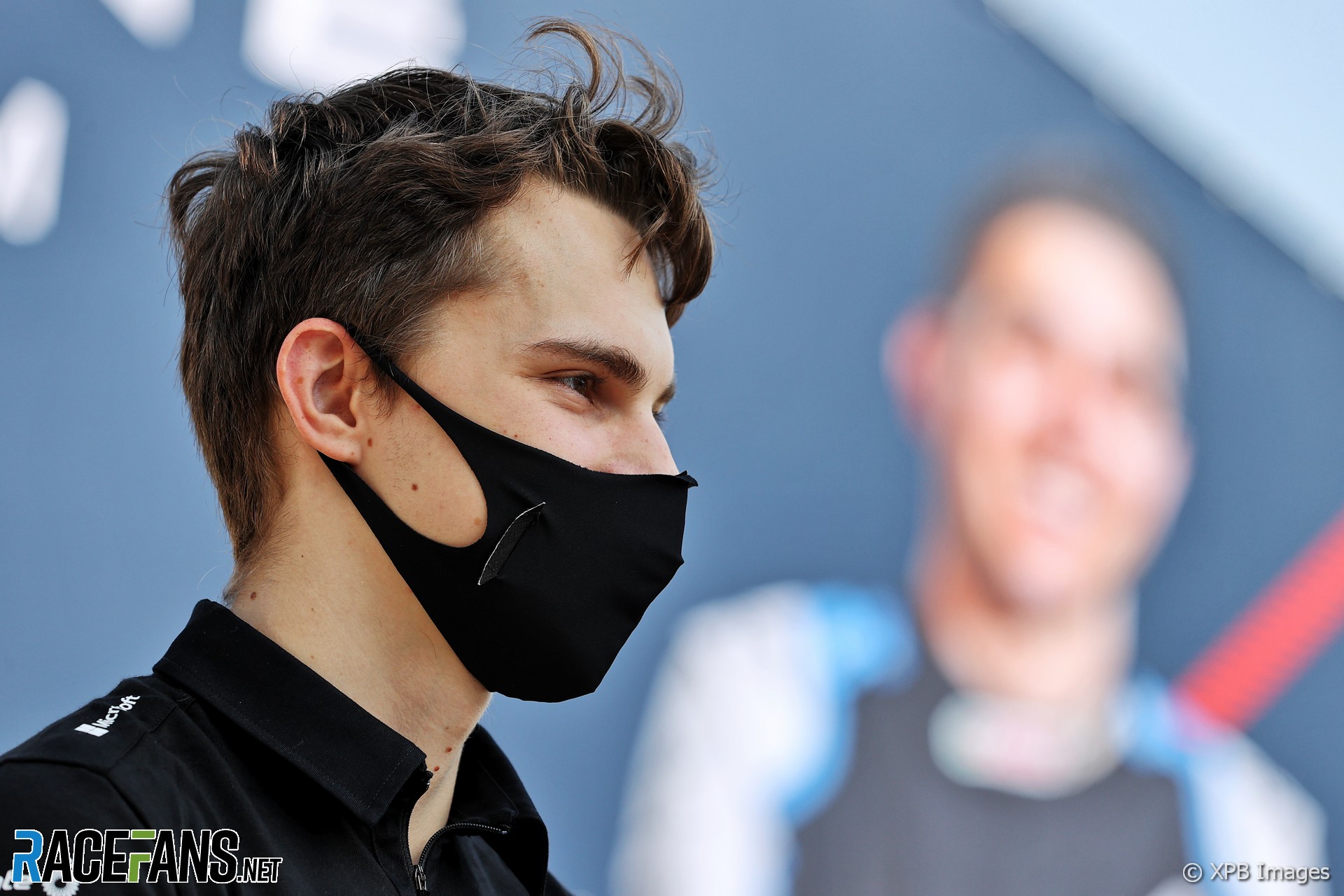 In the round-up: Esteban Ocon sympathises with Alpine reserve driver Oscar Piastri who faces a year on the sidelines during the 2022 F1 season even if he wins the Formula 2 championship.

Opportunity could come suddenly for Piastri in reserve role

Ocon spent a year out of the F1 cockpit in 2019 after losing his drive with Racing Point and was unable to return until Renault, now Alpine, picked him up for 2020.

Alpine confirmed last week its reserve drive Piastri, who is currently leading the F2 standings, will not graduate to F1 next year. Ocon said Piastri “doesn’t really need advice from me” on his F1 future, but sympathised with the junior driver’s situation.

“He’s there, he’s listening, he’s curious, he’s going to be there most of the time that we drive. So it’s going to be a long year for him, for sure.”

Ocon, who scored a shock win in this year’s Hungarian Grand Prix, said Piastri should take heart that “you never know in F1, opportunity can rise up quite quickly.”

Olli Caldwell will fill the vacant Campos F2 seat, relinquished by David Beckmann at Campos due to funding reasons, for the final two triple-header events of the season. Beckmann admitted in September that a split with earlier team Charouz was due to lack of funds to compete and despite stepping into a role with Campos, the number 20 car will have another new driver in Jeddah and Abu Dhabi.

Caldwell came eighth in this year’s Formula 3 championship, taking one win and an additional three podiums and was in a position to challenge for the title until the final rounds. He is understood to have been in discussion with multiple F2 teams and may not stay with Campos for the 2022 season.

Bardia Broumand took pole at the Zandvoort round for McLaren Shadow but was beaten off the line by Red Bull’s Frederik Rasmussen, who neatly took the lead into turn one. Rasmussen led for much of the race, before Mercedes’ Dani Moreno made a move work around the banking on lap 19 of 25. Moreno led the field home.

Lucas Blakely took the win in the earlier race for Aston Martin, powering away from the field from pole and crossing the chequered flag with an impressive lead.

NEWS: We are delighted to announce our new Senior Team Management Structure at #NIO333FE
Alex Hui takes over the position of Team Principal from his previous role as Executive Director

"Vettel teamed up with Mick's father and Formula 1 legend, Michael Schumacher, to create a dynasty at the ROC Nations Cup, winning six titles from 2007 to 2012. In his first appearance with Mick Schumacher as his Teammate, the Germans finished second behind Team Nordic in the ROC Nations Cup in Mexico in 2019."

Lando Norris on the pitfalls of fame, the 'creepy' world of F1 Twitter and the struggle to keep his private life private (ESPN)

"Honestly, it's very creepy what some people do. The time they spend trying to investigate things or people or whatever."

After Aston Martin recruited Mercedes’ chief aerodynamicist, Sumedh argues it might not be their engineering department that is hampering performance.

I don’t know if beefing up the technical department for car development is the issue here.

It seems to be more a case of both drivers exhibiting lack of consistency not maximising their positions. Because across the season, the car’s pace seems to be there. What they need is either a superstar driver like Gasly, or some consistent and reliable team-mates like Ocon / Alonso.
Sumedh