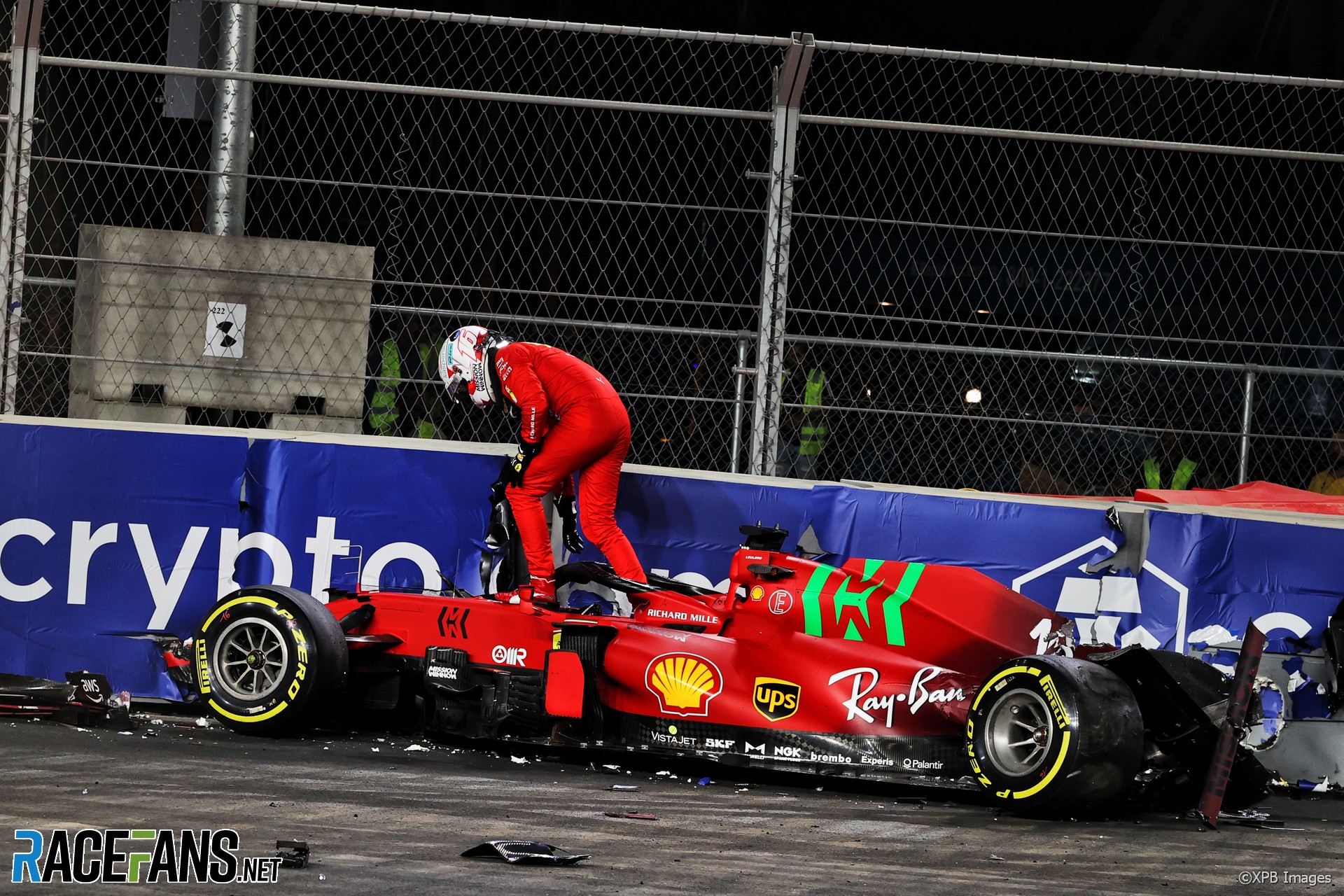 Lewis Hamilton was quickest again in second practice for the Saudi Arabian Grand Prix after a crash for Charles Leclerc ended the session early.

A heavy shunt for the Ferrari driver at turn 22 brought out the red flags, ending running with a handful of minutes remaining. Leclerc climbed out of his car and into the medical vehicle under his own power. Ferrari later confirmed he was given the all-clear by doctors.

Valtteri Bottas was second fastest in the second Mercedes, with Pierre Gasly third fastest for AlphaTauri.

The second practice session was the first opportunity for drivers to test out the new Jeddah Corniche Circuit under the lights – the same night time conditions that Sunday’s race will take place in.

After an hour of afternoon running under the belts already, drivers were keen to push harder as they looked to build up their speed over the course of the weekend. Max Verstappen and Sergio Perez both went off the circuit after missing apexes through the fast first sector, with Charles Leclerc also missing the first corner under heavy braking and taking to the escape road.

Mid way through the session, the Mercedes of Hamilton and Bottas sat atop the times, both flirting with breaking the 1’29 barrier having set their best times on the medium tyres. Hamilton going quickest despite narrowly avoiding Antonio Giovinazzi’s slow-moving Alfa Romeo on the exit of turn 11.

George Russell reported a brake-by-wire failure on his Williams 20 minutes into the session, describing how his brake pedal was “going long” in the cockpit. However, he later reported that his brakes had “come back” to him and was able to continue his run uninterrupted.

Nikita Mazepin spun exiting turn two right in front of Hamilton’s Mercedes, who had a tight squeeze to avoid the Haas and the outside wall. Both drivers were able to resume unscathed.

For the second session of the day, all 20 drivers appeared to have successfully avoided the barriers that claustrophobically line the 27 corners on the circuit. Only Mick Schumacher had lightly brushed the wall on the exit of the final corner, heading onto the pit straight.

That was until Leclerc lost control of his Ferrari entering the fast left hander of turn 22, spinning and crashing backwards into the barriers, wrecking his car. The red flags were immediately thrown, with the session not being restarted.

Leclerc was able to climb out of his car before being taken to the medical centre for checks. With the session not restarted, it meant that Hamilton would finish Friday fastest ahead of team mate Bottas and Pierre Gasly third.