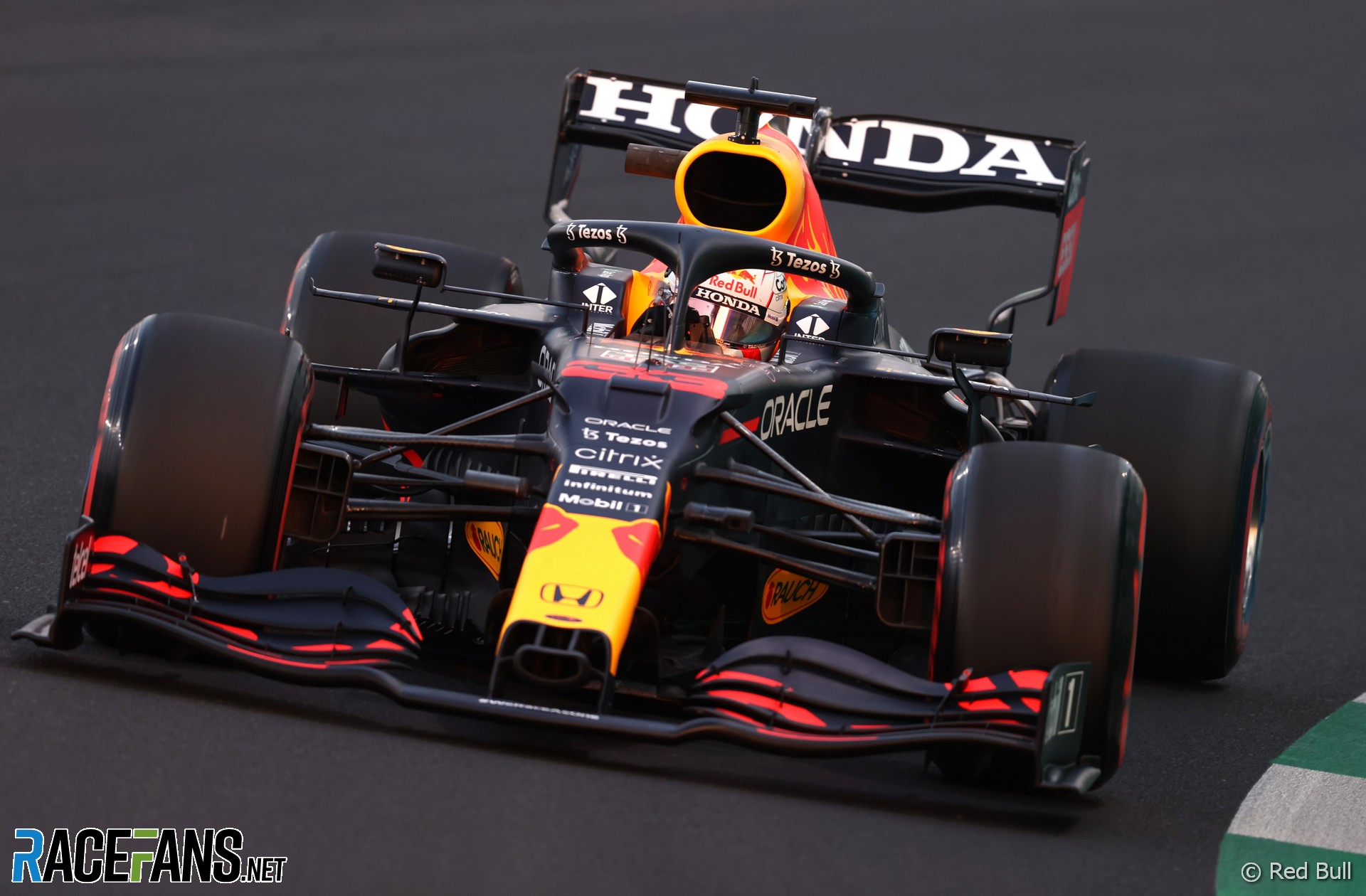 Max Verstappen topped the times in third practice by setting the quickest time all weekend ahead of qualifying for the Saudi Arabian Grand Prix.

The Red Bull was quickest by two tenths of a second ahead of championship rival Lewis Hamilton.

Drivers headed out into the twilight for the second and final time before qualifying. This afternoon’s session and tomorrow’s race will take place entirely under the floodlights around the Jeddah Corniche Circuit.

Having set the pace on Friday, Mercedes sent both Hamilton and Valtteri Bottas out on hard tyres in the early phase of the session, while Red Bull opted to run on the soft tyres instead.

Hamilton set the early benchmark with a 1’29.605, but brought out the yellow flag briefly when he locked up under braking for the first turn and ran off to the escape road, having to spin around to recover back onto the circuit.

Verstappen improved to go quickest of all with a 1’28.105 – comfortably the fastest time of the weekend so far. Lance Stroll had to abandon one of his run when he was told he had a puncture on his Aston Martin. He pitted and was able to continue.

With many drivers having expressed concerns about the impact of traffic in qualifying after Friday’s running, there were multiple near-misses involving championship contender Hamilton.

Nikita Mazepin had to take sudden avoiding action as he rounded the fast turn seven and eight to find Hamilton cruising on the apex ahead. Mercedes had warned Hamilton of the Haas approaching, but it was too late for him to react.

FIA F1 race director Michael Masi was heard being asked by the Haas team for his thoughts on the incident. He told them he shared their concerns although accepted that neither driver had received warning flags from the marshals before the almost-collision.

Hamilton was then involved in a second incident with Pierre Gasly, who began a flying lap only to find the Mercedes driver sitting on the racing line at the braking zone. Gasly immediately abandoned the lap.

In the closing minutes of the session, Verstappen shaved five thousandths of a second off his best time to go two tenths faster than his title rival’s best time, with Sergio Perez taking third in the second Red Bull.

The two AlphaTauris went fourth and fifth fastest, with Yuki Tsunoda just ahead of team mate Gasly. Valtteri Bottas was sixth in the second Mercedes, followed by the two Ferraris of Charles Leclerc and Carlos Sainz Jnr.