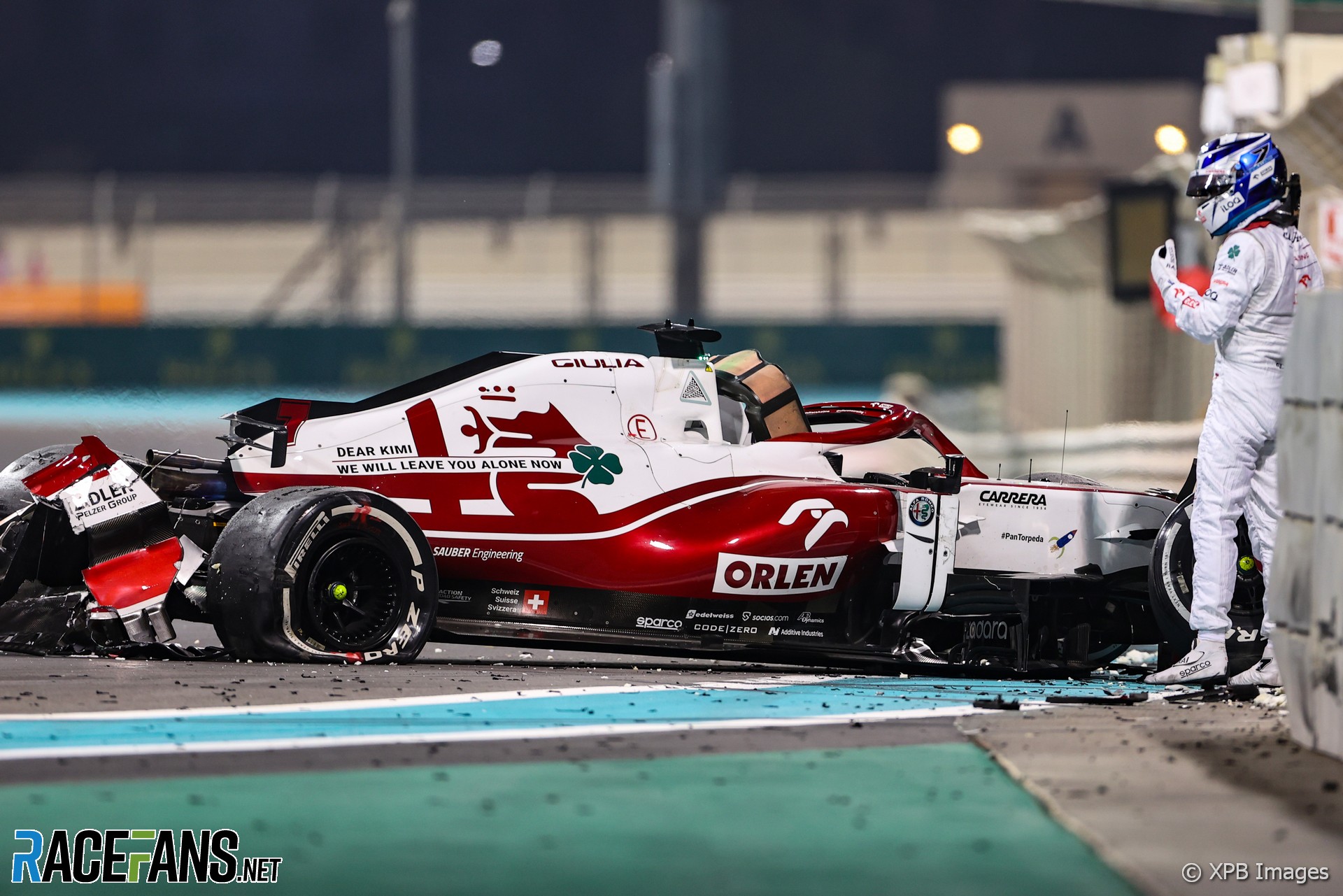 Lewis Hamilton ended Friday practice fastest with Esteban Ocon an unexpected second-fastest for Alpine in a session which ended with Kimi Raikkonen crashing his Alfa Romeo.

Hamilton posted a 1’23.691, putting him three tenths clear of Ocon’s Alpine and six tenths faster than his championship rival Max Verstappen. The Red Bull driver finished the session fourth fastest behind both of the Mercedes.

Valtteri Bottas had a brush with the wall 10 minutes into the session after oversteering on the exit of turn 14 under the hotel. He immediately pitted, with Mercedes mechanics examining his right-rear wheel, before being released back out onto the track having been delayed for just over five minutes. He wasn’t the last driver to encounter problems in the reshaped and resurfaced section which passes under the hotel.

Nicholas Latifi had a more substantial meeting with the barriers when he spun his Williams through turn 13. He backed into the barriers but was able to pull away and recover to the pitlane.

Hamilton set the early pace, putting in a 1’24.126 on the medium tyres as the sun began to set. Bottas improved on his return to the track after his tag with the wall, going second fastest, before topping the times with a lap almost half a tenth faster than his team mate.

Verstappen would have been higher up the standings, but the Red Bull driver had his best lap of the early phase of the session deleted for exceeding track limits in the final corner. Fernando Alonso also fell foul of the stewards, having multiple laps deleted for running to wide on the exit of the final corner.

Ocon temporarily moved to the head of the field in the Alpine, before Hamilton re-took the top spot by breaking into the 1’23s for the first time.

As the sun set around the Yas Marina circuit, there was little in the way of lap time improvements as teams focused on longer runs under the same conditions they will face for Sunday’s race.

When the chequered flag flew, Hamilton’s earlier fastest time was quick enough to see him finish at the top of the timesheets, ahead of Ocon and Bottas.

On his final lap, Raikkonen lost control of his Alfa Romeo through the troublesome turn 14, and spun, hitting the wall with the rear of the car before secondary contact with the front. Raikkonen was able to climb out of the car unharmed, but a long night of repairs awaits his mechanics ahead of tomorrow’s running.