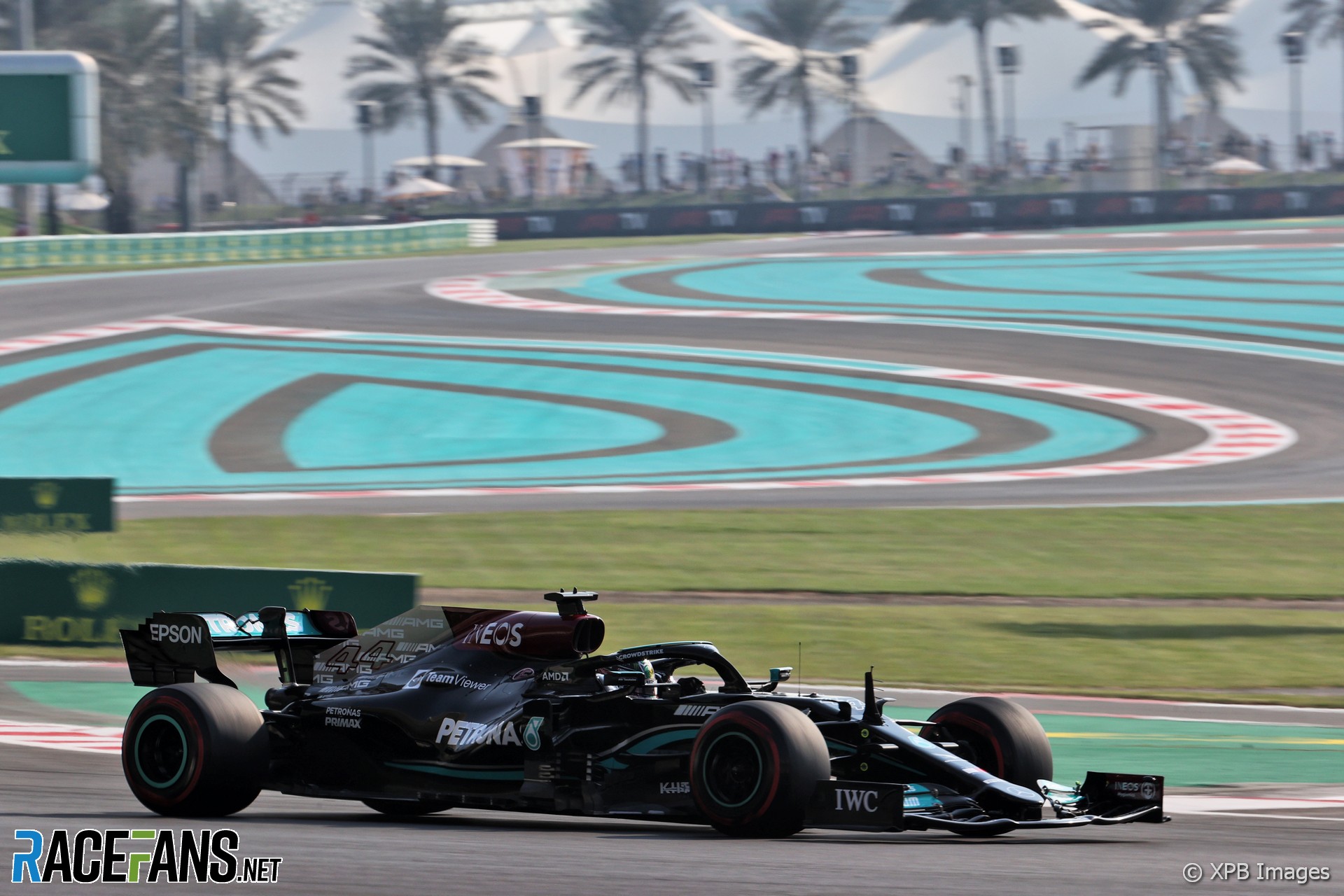 Lewis Hamilton led championship rival Max Verstappen by just over two tenths in the final practice session of the 2021 season ahead of qualifying for the Abu Dhabi Grand Prix.

Hamilton’s quickest time of a 1’23.274 on soft tyres was enough to see him top the times, as Verstappen visibly struggled with the balance of his Red Bull. Valtteri Bottas was third quickest and Sergio Perez fourth as the title-contending teams swept the top places.

Both championship contenders wasted no time in heading out onto the track to make the most of the final hour of free practice of the season. Verstappen was immediately on the pace, posting a 1’24’997 on the medium tyres, before Hamilton used soft tyres on his first lap to go almost six tenths faster than his rival.

Perez came very close to matching his team mate’s personal best lap time on the medium tyres, while Bottas in the second Mercedes moved to the top of the timesheets with a 1’24.025.

Hamilton used the soft tyres to improve to a 1’23.274, comfortably the fastest time of the weekend and one-and-a-half seconds quicker than Verstappen.

Verstappen returned to the garage, where Red Bull mechanics focused their attention on the RB16B’s rear wing. When he returned to the circuit, he was less than impressed about the balance on his push laps.

Despite his lack of confidence in his car, Verstappen was still able to improve to just over two tenths adrift of Hamilton on a 1’23’488. He later abandoned another lap after catching a snap of oversteer through the long turn nine.

With drivers focusing on single-lap pace, complaints of traffic began to fill the radio waves around the Yas Marina circuit. Nikita Mazepin was caught out through turn three when Hamilton exited the pitlane in front of him, with the Haas driver choosing to take to the run-off on the outside of turn four to avoid hitting the Mercedes.

No one at the front was able to improve in the closing minutes, with Hamilton ending the session quickest. Verstappen was two tenths from his rival, with Bottas and Perez both half a second slower than the title contender.