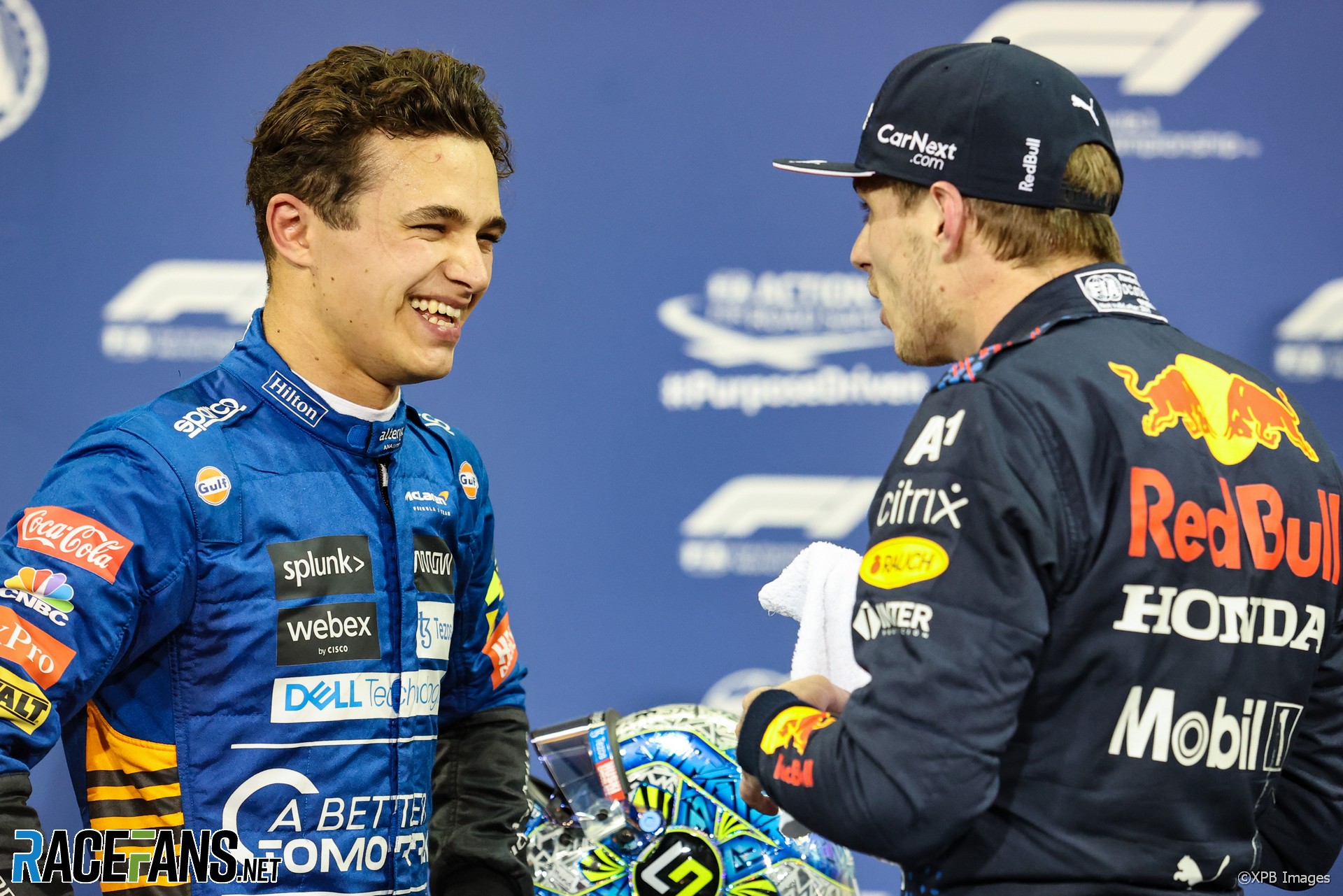 Lando Norris said he was pleased but surprised to qualify immediately behind the two championship contenders at the Abu Dhabi Grand Prix.

The McLaren driver said he was “massively pleased” with his final Q3 lap which earned him third on the grid behind Max Verstappen and Lewis Hamilton.

“I’m very surprised to be here, also very happy at the same time,” said Norris. “I think we were confident all weekend that we could get to qualifying and put in a good performance, but probably not to be this high up on the grid.”

He was pleased to claim a place ahead of both cars belonging to McLaren’s most significant rival, Ferrari. “It was a very clean and a nice lap,” said Norris. “And of course to be ahead of the people I want to be ahead of, so [I’m] happy.”

He said he doesn’t intend to get involved in the fight with the title contenders ahead of him. “Of course, you’ve got to respect that they’re going for a championship and you don’t want to harm anything that’s going on there, you don’t want to take any excessive risk.”

McLaren’s hopes of wresting third place in the constructors’ championship from Ferrari are slight. They lie 38.5 points behind their rivals with 44 available.

“I don’t want to ruin anything. I don’t want to be the guy that gets too involved, as well. I’m not racing them, they’re going to clear off within a few laps so I just need to pick wisely my battles and how I’m racing.”

He is looking forward to seeing how the 2021 championship is decided. “I’m in the best seat for tomorrow, so I’m very excited to see everything unfold and see what goes on.

“It’s actually just a genuine pleasure to be in this position to see everything that’s been going on this season between Max and Lewis and to watch the battles, to watch the racing because I have a lot of respect for them.

“I’m very happy to be P3, not only because it’s a great position to start, but because it gives me the prime position for the view tomorrow.”