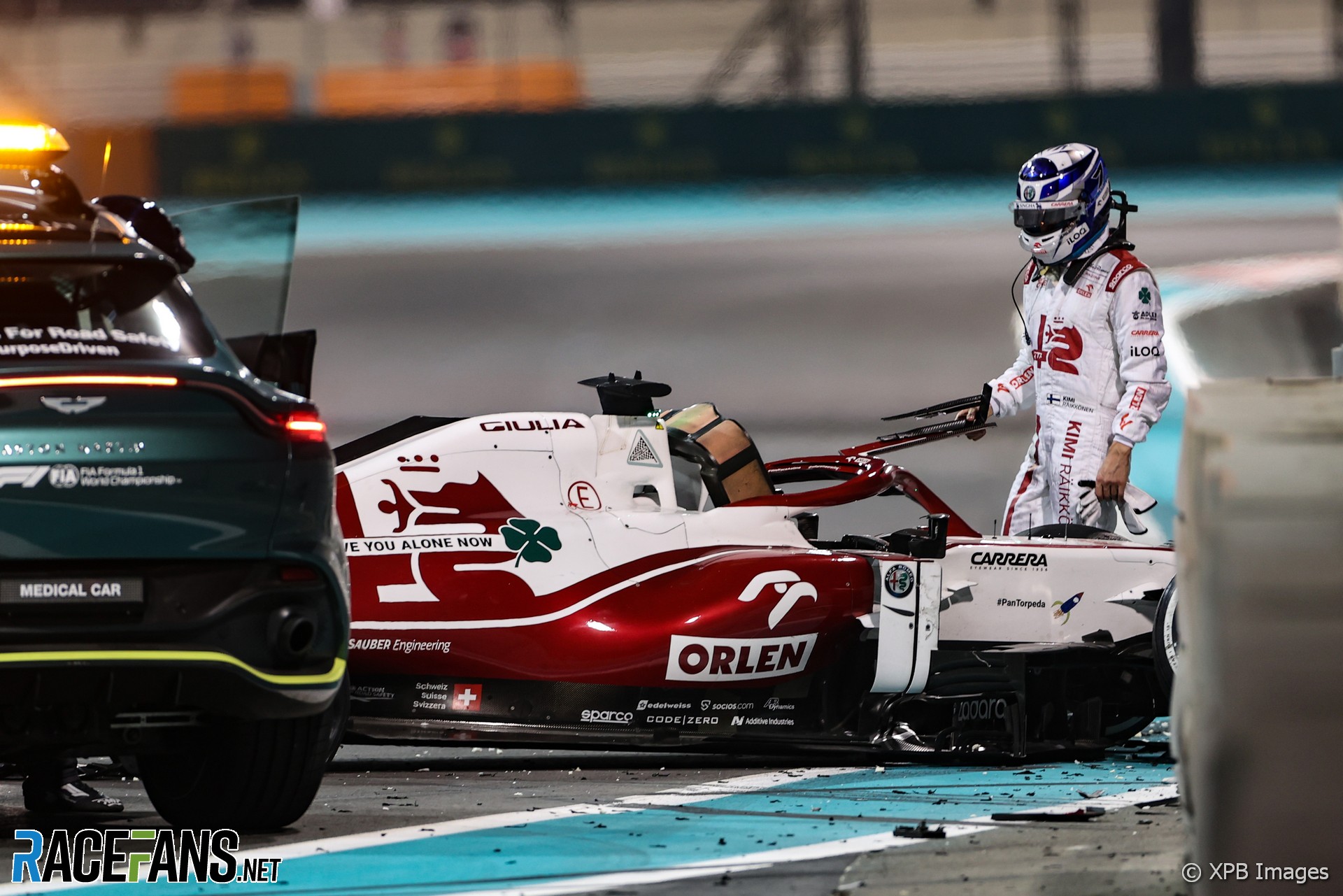 In the round-up: Alfa Romeo team boss Frederic Vasseur says the team made a substantial step forward in performance but failed to capitalise on it this year.

Alfa Romeo’s haul of 13 points from 21 races left Vasseur with “a very strange feeling” about their season.

However the team “missed the good opportunities of the year” he admitted. “We were involved in a crash, or in Spa and we had some missed opportunities on our side, Bahrain I think we had the issue during the pit stop or in Imola when Kimi spun on the formation lap, that cost us two points there, four points there.”

“It doesn’t matter to me faster if you are not scoring points,” Vasseur admitted. “And it’s a bit of the frustration of the of the team today that we had the feeling that we did a step forward in terms of pure performance, but we didn’t achieve anything, we didn’t score the points.”

Honda had no second thoughts over F1 exit

Masashi Yamamoto, head of Honda’s F1 power unit programme, said that the manufacturer never reconsidered its decision to leave the sport, despite a string of wins which has seen Red Bull arrive at the final round with chance to win both championships.

“Leaving F1 was very big decision for Honda,” said Yamamoto. The manufacturer said last year it was pulling out of the sport “for the carbon neutral [target] and also for the customers all over the world.”

As a consequence, he said, “although we are having good results this year, we never had the discussion to stay here.”

British subscription network Sky has dropped two Christmas-themed idents for its F1 channel which featured footage of collisions between Max Verstappen and Lewis Hamilton, following a complaint from Red Bull. The sequences combined video of the pair’s clashes at Silverstone and Monza with superimposed snowglobe effect, festive music and a “Merry Christmas” slogan.

Red Bull were especially unhappy to see Verstappen’s heavy British Grand Prix crash appear in the idents. “A 51G crash where the driver was airlifted to hospital being used as a Merry Christmas message is very poor taste indeed” a Red Bull spokesperson told RaceFans.

Abu Dhabi 2014 ⏪ Back where it all started. Our PU could only manage 5 laps across two days of testing. Our team didn't leave the track for 72 hours, exhausted and determined to get something from the Test. pic.twitter.com/Xo6OyS5JxW

Jack Aitken has been in for George Russell at Williams for this practice session; he's currently six thousandths of a second ahead of Nicholas Latifi, coming back to the seat after being injured in a GT crash at Spa earlier this year#AbuDhabiGP #F1

"I’m going to go for Lewis because at the moment he has the slightly smarter race-craft."

Unfiltered and unapologetic: The retiring Kimi Raikkonen on his time in F1 (ESPN)

"Mum and dad were okay with it because they felt it was better for us doing those things than being some stupid idiot at a railway station drinking or something. So, it was nice."

After Franz Tost praised Max Verstappen’s father’s role in his success, Becken Lima says his karting champion mother should be given equal credit:

I’m always baffled on how people inside F1 erase the role of Sophie Kumpen — Max’s mother — in shaping Max’s character as a driver. Sophie was a fantastic kart racer who raced along great drivers like Button, Magnussen, Trulli and Fisichella — and along some not so good like… Horner.

Luciano Burti, F1 pundit in Brazil, always said that Sophie was a better driver than Jos. And, let’s be honest: it takes a lot of toughness to survive as a female driver in the nineties.

Looks like Jos is good manager and father, but F1 journalists should dig deep to understand how Sophie contributed to Max’s success.
@becken-lima