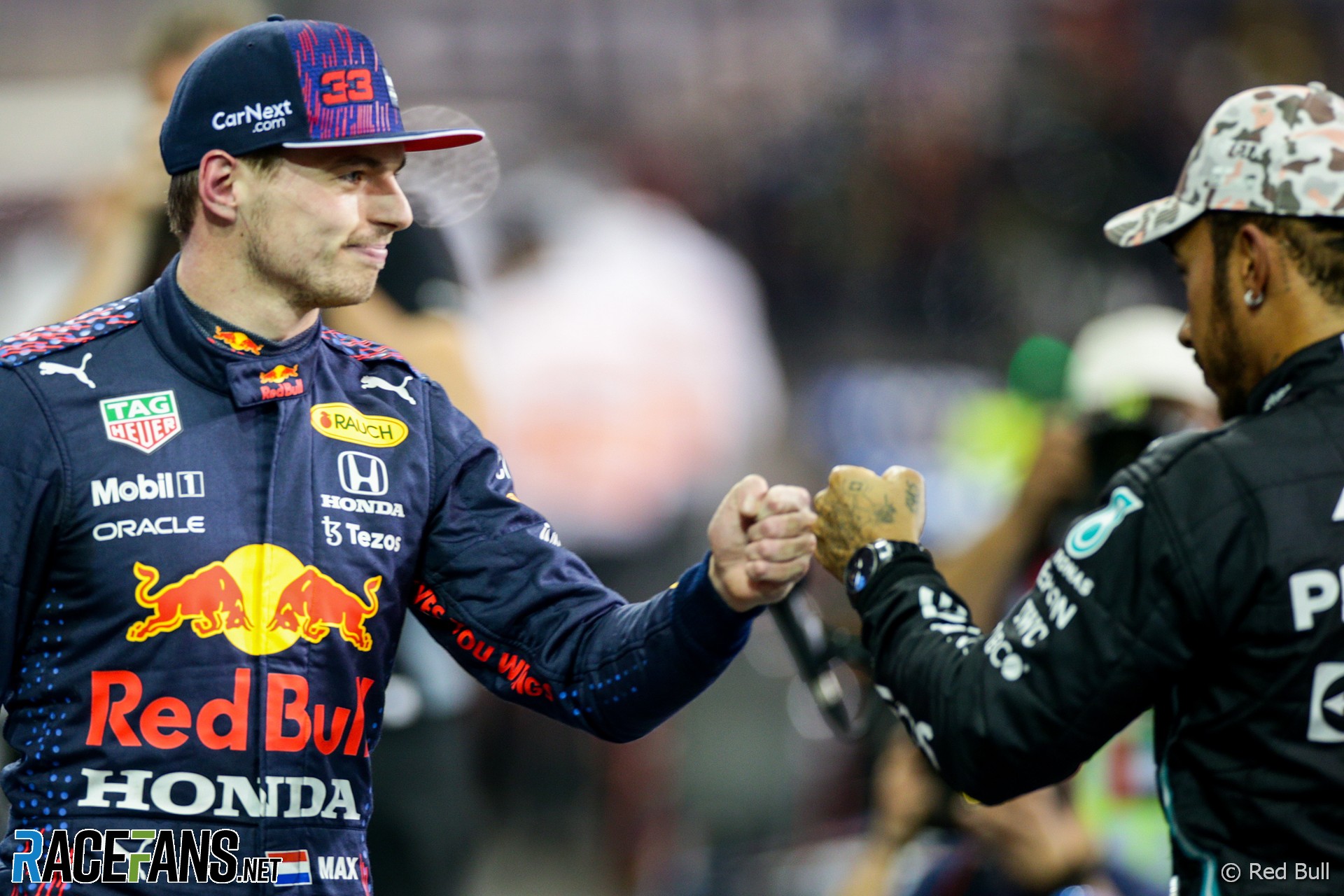 Are Max Verstappen and Lewis Hamilton locked in a bitter grudge match, or two professionals who fundamentally respect one another, while pushing their rival to the absolute limit?

McLaren CEO Zak Brown, whose knowledge and enthusiasm for the sport can be gauged by his enviable car collection, believes the enmity between the title contenders is real.

“I don’t remember venom between two drivers and teams like this since the [days] of Senna and Prost” he said, recalling the pair who twice collided in the controversial showdowns of 1989 and 1990. Others have drawn similar comparisons previously this year.

But following the qualifying session which set the grid for today’s title-decider, the two spoke appreciatively of each other and the most riveting championship contest F1 has seen in years.

“Lewis has won already so many championships,” said Verstappen. “But also, this year I think we have been pushing each other, certainly in some races… to the limit.”

“We’ve been really basically trying to get everything out of our cars, tyres, to the last lap, to the last corner,” Verstappen said. “And that’s very exciting – especially when it’s between two teams as well because when it’s team mates it’s always a bit different from when there are two teams fighting.

“So it has been really enjoyable for most of the time.”

Hamilton agreed with his rival. “It’s been an incredible year, an amazing battle, and I’m grateful to have had such a close battle with Max and his team.”

The seven-times champion is facing his first final-round decider for five years, having won every title since then. “They’ve done an exceptional job and shown true strength,” said Hamilton. “So it’s pushed us to the limit and in ways that we needed. We, I think, have grown stronger as a team in ways we didn’t know we could grow.”

These are two elite drivers who each have a ruthless streak when it comes to wheel-to-wheel racing. Verstappen and Hamilton have crossed swords on-track several times. Opening skirmishes in Bahrain, Imola and Spain were later followed by more contentious episodes at Silverstone, Monza, Interlagos, and Jeddah last week.

The competitive heat that exists between the two drivers is constantly stoked by Toto Wolff and Christian Horner, the team principals of Mercedes and Red Bull respectively – two people that Brown says “definitely have a true dislike for each other.” Even so, the pair mustered a ‘pre-match’ handshake on Friday.

Beyond the teams’ spheres the rivalry is hyped by the partisan and increasingly tribalistic supporters on social media, not to mention conventional media including broadcasters and, yes, journalists. At times it has threatened to sour the perception of a dream championship showdown that many have been waiting to see since the day Verstappen stepped up to Red Bull while Hamilton was starting to amass titles with Mercedes.

Hamilton too has yearned for a competition like this. Sebastian Vettel came close on occasions with Ferrari, but could never quite finish the task of mounting a proper championship challenge at the height of their powers until they fell out.

For all the acrimony of recent races, Hamilton appreciates the fight he’s had from Vertappen. “It’s been amazing. I hope that we have many more seasons like this,” remarked the driver who could become the sport’s only eight-time world champion today.

For Verstappen, it’s the chance to finally validate the potential that was seen in him when he was a teenage racing prodigy, by becoming the first Dutch driver to win a Formula 1 title.

“In probably 10, 20 years time, people will look back at it,” Verstappen said. “And even myself – and you,” he said to Hamilton, “will remember this year, for sure.”

It may have come under the controlled environment of a press conference, but from their responses, any ‘venom’ between Hamilton and Verstappen, if it truly exists, was at least temporarily absent.

31 comments on “Is this really ‘F1’s most venomous rivalry since Senna and Prost’?”