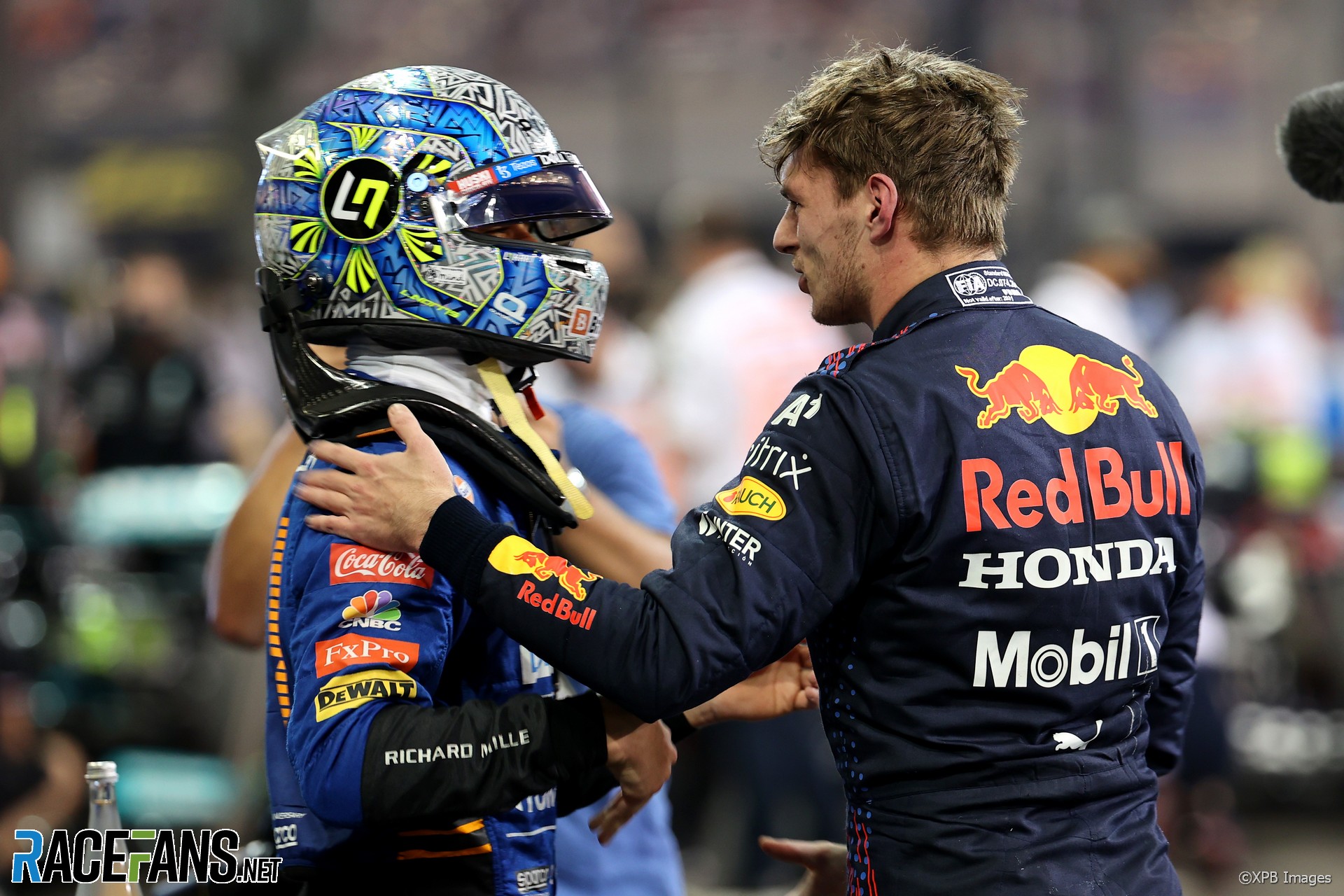 Lando Norris should stick to his instincts and not over-think any potential interaction with championship rivals Max Verstappen and Lewis Hamilton in today’s Abu Dhabi Grand Prix, says his team principal.

The McLaren driver qualified third behind pole-winner Verstappen and second-placed Hamilton, whose championship fight will be decided in the race at Yas Marina.

In his parc ferme interview immediately after qualifying, Norris admitted he was “nervous” about lining up behind the top two and wasn’t sure what approach he’d take to battling them.

Norris later said he doesn’t want “to be the guy that gets too involved” and potentially decide the championship outcome. However McLaren team principal Andreas boss Seidl believes Norries needs to put such concerns aside to achieve the team’s targets for the race.

“Whenever you are in such situations, the most important thing is to just do the same as you always do,” Seidl explained.

“Because if you try to be too cautious, for example going into the first corners, or you try to orchestrate something, you take this intuitive feeling the drivers are having, the experience they are having, and then it starts to get dangerous.

“I think that must be the approach also for Lando. In the end, the objective is clear that we want to score another good result for us as a team, and we want to get back in P5 in the drivers championship with Lando. In order to do that, we need a good result. And that’s how we approach it.”

Norris has a potential tyre advantage against Hamilton at the start, as the McLaren driver will line up on the grippier soft compound tyre while the Mercedes driver qualified on the more durable medium.