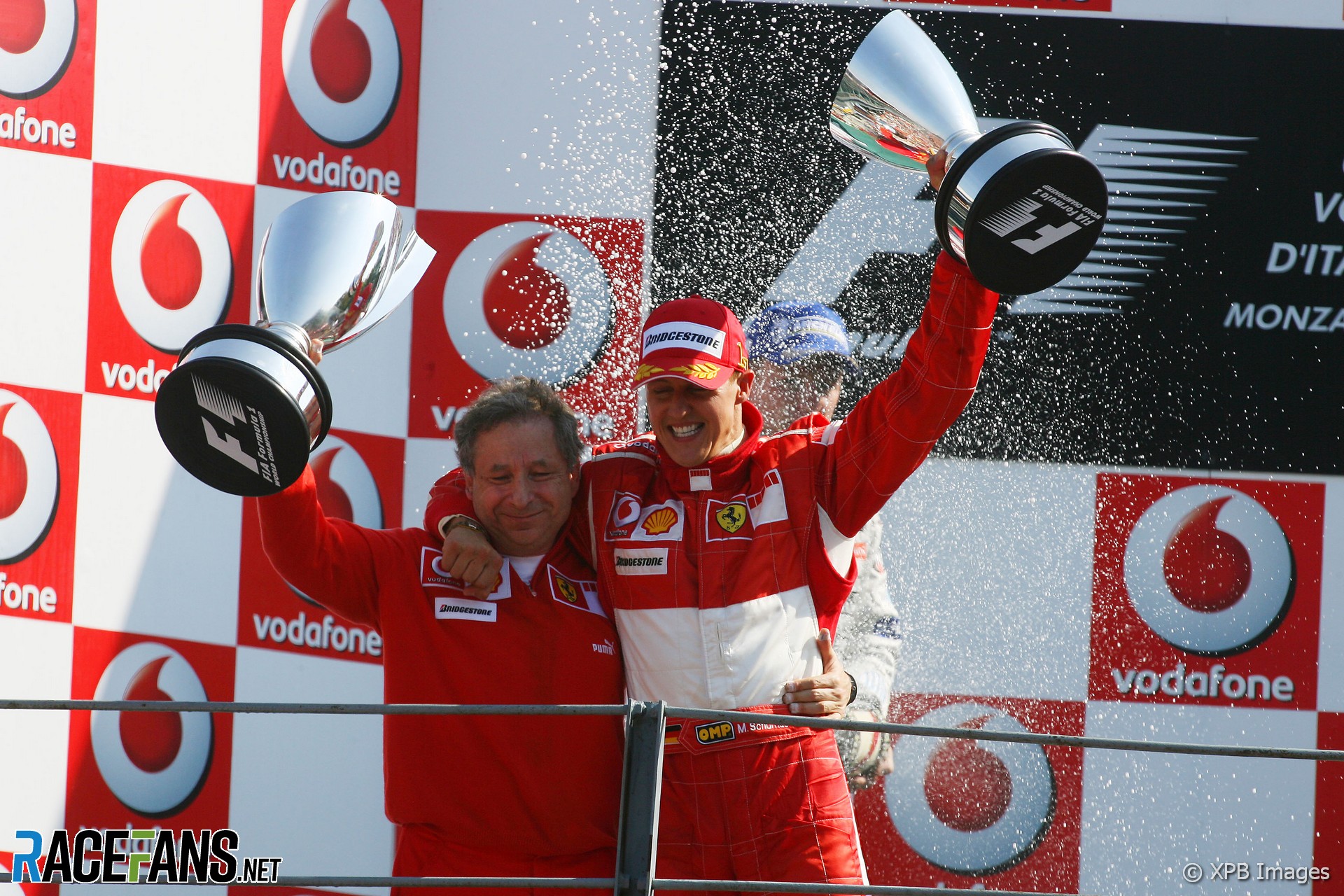 Outgoing FIA president Jean Todt said his thoughts were with his former driver Michael Schumacher after his leadership of the sports’ governing body was commemorated at last night’s FIA prizegiving ceremony in Paris.

Elections to replace Todt, who has been president since 2009, will take place today.

The 75-year-old, who recently championed the introduction of a low-cost line of crash helmets, was presented with an example of one signed by the world champions of all FIA categories during his three term as president.

An emotional Todt said he was “speechless” as he addressed the attendees. The former Ferrari team principal, who with Schumacher won six constructors championship and five drivers title, said he was thinking of his friend who suffered serious brain injuries in a skiing crash eight years ago this month.

“I mean to be very sincere, I miss Michael tonight with us,” said Todt. “Because he is part of my life, he will always be, and we have been building so many things together because we have been suffering together and that made us stronger.”

Recalling his election to the presidency Todt said: “12 years back – tomorrow we will have elections – each candidate was invited to have six people with him to support the election. I remember 12 years back I had three people with me: My wife, Michael and my son. And that’s something I will never forget.”

Todt he’s “quite happy to have this chapter over” after concluding his third term as president. “I’ve been 12 years, it’s a long time. I mean doing the job the way I did it it’s demanding.

“I think it’s very good that the FIA will get fresh blood, fresh team. Amongst the legacy I leave, I leave an amazing team and the team is able to continue to deliver the job with the new elected team.

“Of course I still have the same passion,” he added. “I’m blessed. I love motor racing, I will still follow motor racing.”