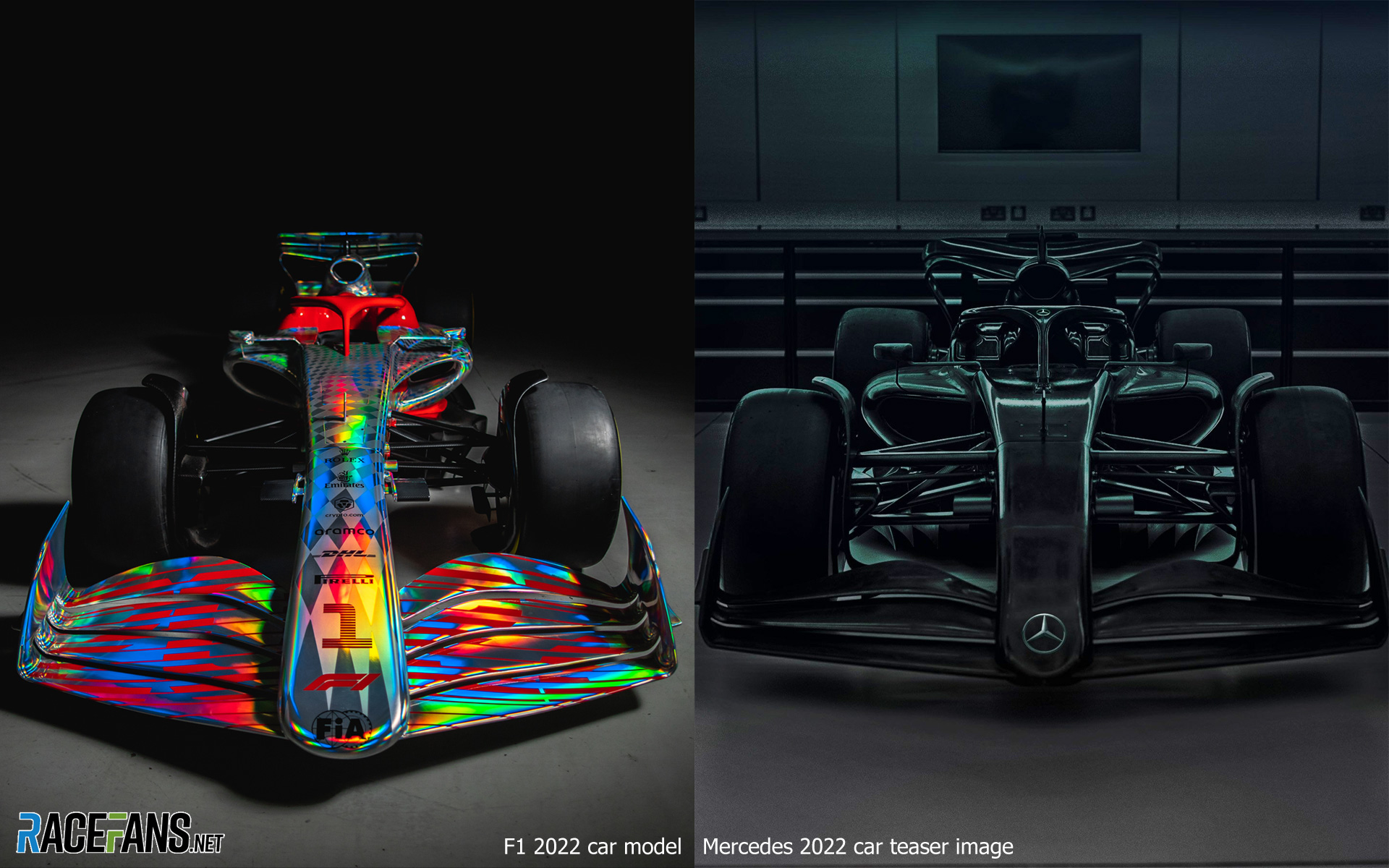 Mercedes have become the first team to indicate how their new car for the 2022 Formula 1 season could look.

The team shared an image on social media using the slogan “new year, new Me-rcedes” indicating how their 2022 car could look. A Mercedes spokesperson confirmed the image is of a show car obtained by the team.

F1 has introduced radical new technical regulations this year which will drastically alter the look of the cars. During last season it displayed a show car which presented a possible interpretation of the rules.

The image revealed by Mercedes also reflects the geometries of the new regulations. It differs from F1’s show car in several obvious respects. The front wing shown in the Mercedes features three elements instead of four, its sidepods are noticeably larger and its rear wing is shaped differently.

The appearance of the teaser image comes after Mercedes shared video of the W13’s new 2022-specification power unit being fired up for the first time last week. No other team has revealed as much of their 2022 plans with the start of pre-season testing still over seven weeks away.

The team have claimed the previous eight consecutive constructors’ championships and took seven drivers’ titles in a row until last year when Lewis Hamilton lost the championship to Red Bull’s Max Verstappen.