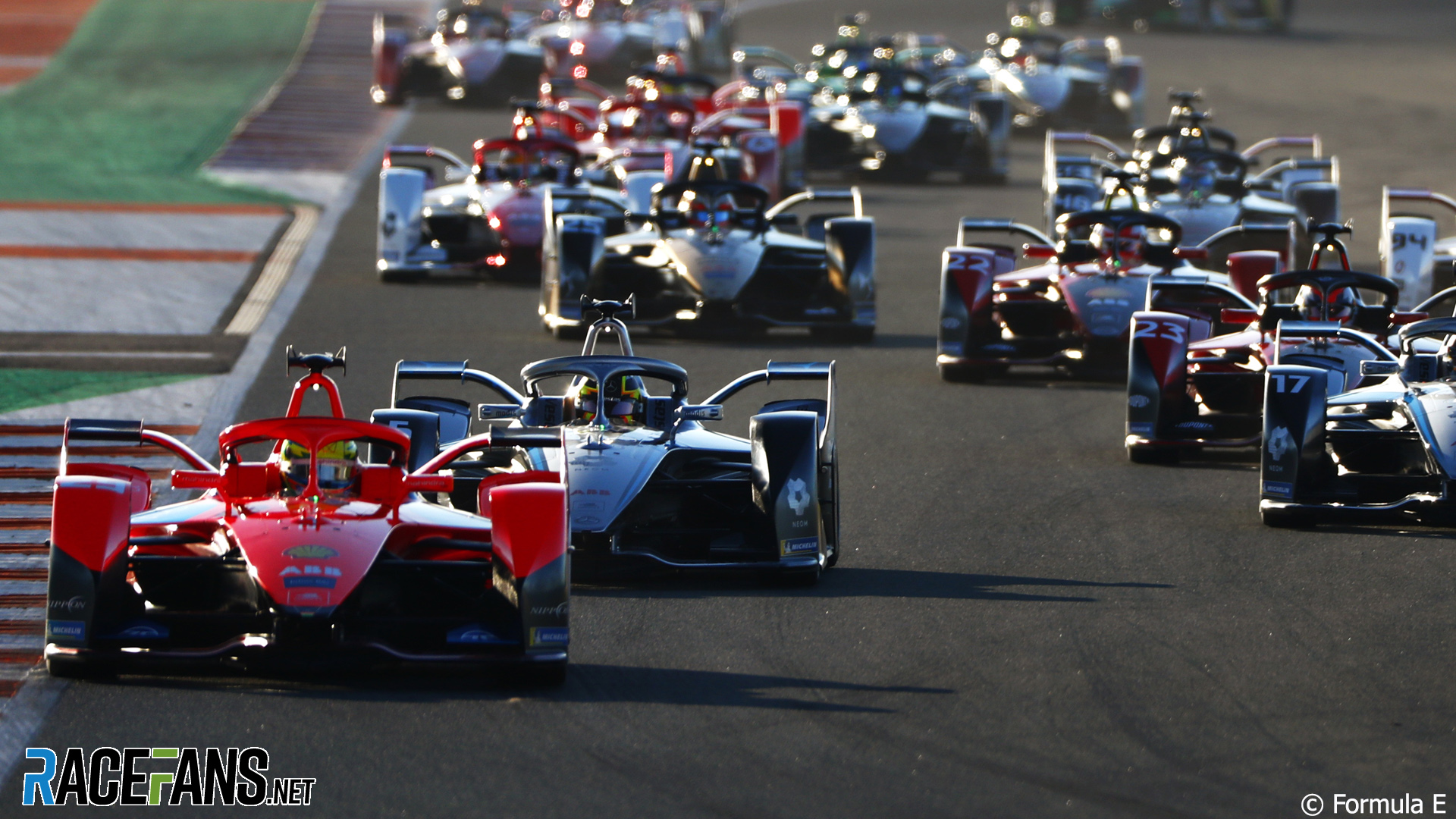 Formula E’s original qualifying format was criticised for putting certain drivers at a disadvantage. Was that criticism fair, and will the new ‘duels’ format which will be used for the first time next week prove a change for the better?

What was wrong with the old format?

Since it started in 2014, Formula E used a format which split drivers between four different groups, during which each had a short window of opportunity to set a single timed lap. The fastest drivers from the groups would then go through to an additional round of one-by-one laps to decide the order of the top six cars (originally five).

To begin with the groups were decided by a somewhat laborious qualifying ‘lottery’, which didn’t help to offset the somewhat village-fete-esque vibes of those early Formula E events.

Even in those opening seasons, drivers sometimes considered themselves particularly disadvantaged by the system. The high track evolution on Formula E’s low-grip street tracks sometimes meant the later groups had a better chance of setting faster times. But, in general, the fastest cars ended up in Super Pole during the early seasons. Sebastien Buemi, the most dominant driver during FE’s first three seasons, took eight of his 14 career pole positions during that time.

In the 2017-18 season groups were switched to be decided by championship order. Therefore drivers with the most points coming into an event were put in group one, the next five into group two and so on. This was initially viewed as a move to make the order fairer, preventing the random, luck-of-the-draw element of groups. However the front runners were quick to complain it made their lives harder.

Nonetheless, the fastest cars generally kept on winning. Techeetah were able to exploit Renault’s dominant powertrain with operational advantages to take the drivers’ title for Jean-Eric Vergne that year and Audi took the teams’ championship with what was almost certainly the fastest and most efficient car on the grid.

While the race format was overhauled when Formula E’s ‘Gen2’ era began, qualifying stayed largely the same. The occasional rumblings of protests about group one being disadvantaged continued but, with a handful of exceptions, the fastest cars usually competed for pole.

However the strange circumstances of Formula E’s most recent two seasons raised questions about the format’s shortcomings. At pre-season testing in 2020 it was noticeable that teams and drivers were practising slipstreaming.

Techeetah’s dominant clear-up during the six-race Berlin finale of the 2019-2020 season had been partly down to playing the aerodynamic game – not something that had been a huge factor in low downforce FE before – to make massive significant gains. Rival teams also suspected it had been a key part of Antonio Felix da Costa’s extraordinarily successful qualifying run at the Tempelhof races which saw him clinch the title earlier in the season than Formula E had ever seen.

Even so the fear of ‘group one’ last season seemed exaggerated at times and prompted something of an over-reaction from teams. In a four-minute session there might be some advantage to going out dead last but there’s a much bigger disadvantage if you fail to set a lap – something which happened more than once, even to the title contenders. One memorable qualifying in Monaco saw Mercedes attempt to slow down group one before the chequered flag, creating a congested, nose-to-tail hot lap for all six.

Whether group one really was a sentence for a poor qualifying is hard to tell. The second group out often had much better luck at getting to Super Pole, despite less track evolution between the two. Perhaps the fact teams were less inclined to play games in group two was a contributing factor.

However, qualifying results for the top-scoring teams did begin to affect the championship order. Poor qualifying sessions for Jaguar and Mercedes contributed to the back-and-forth swings of the constructors’ title and could’ve done the same for the drivers’ if Mitch Evans’ car hadn’t stopped on the grid at the final race.

But the double-header weekends in the 2020-21 season made points swings across a single event gigantic and also contributed to the swings of form in a championship which saw 18 drivers enter the final weekend with a chance of taking the title. But as the pandemic continued to make double-header races something of a necessity, group qualifying was an easier target to address.

Throwing down the gauntlet for duels

One of Formula E’s limitations is that it can’t use an F1-style qualifying system – or even a more open-session one, like in junior series – because of its extremely tight circuits. F1 has had a few near-misses at shorter circuits, like the long queue of cars at the Red Bull Ring last year and if Formula E was to try the same on much shorter, narrower tracks disaster would be a practical certainty. So splitting out drivers in some way will always be necessary.

A few years ago in Marrakech, Lucas di Grassi said he believed the fairest option would be to send drivers out individually for one lap and so minimising the time between each car and avoiding the risk of someone else’s crash during a group affecting your lap. Whether that would have been fairest, it’s not what Formula E have decided on after working with drivers, particularly Sam Bird, to agree its new format.

As of the first races in Diriyah in two weekends’ time, Formula E will now only split drivers into two groups. For the first race of the season, these will be decided as one driver from each team goes to group A or B; from then on, it will be by championship order with the odd-number-placed drivers in group A and the rest in group B.

Each group of 11 cars gets 10 minutes to run as many laps as they like and the top four of each group go through to a second stage, known as ‘duels’. For these duels, the drivers are paired up to go head to head; in the quarter finals, the fastest from group A is paired with the fourth-fastest from group B and so on. Each pair then gets a chance to run a lap each, with the fastest in each duel going through to semi-finals.

The process then repeats, until the fastest from each semi-final goes to the final and then whoever is fastest in the last duel takes pole, the slower finalist lining up alongside them on the front row. Whichever of the remaining semi-finalists set a faster lap will take third, the other fourth and the same for quarter finalists down to eighth place.

The rest of the grid is determined by their group qualifying order, with whichever group the pole position driver came from taking odd-numbered places on the grid and the other even-numbered. In theory, that eliminates any track evolution advantage between the groups but also means the pole winner determines not just their own place but also 14 others.

Within Formula E’s packed, one-day format schedule it’s a complicated process. Teams and drivers, for the moment, seem enthusiastic. Whether that remains the case after the first weekend will be one of the many things FE’s had to try out to find out.