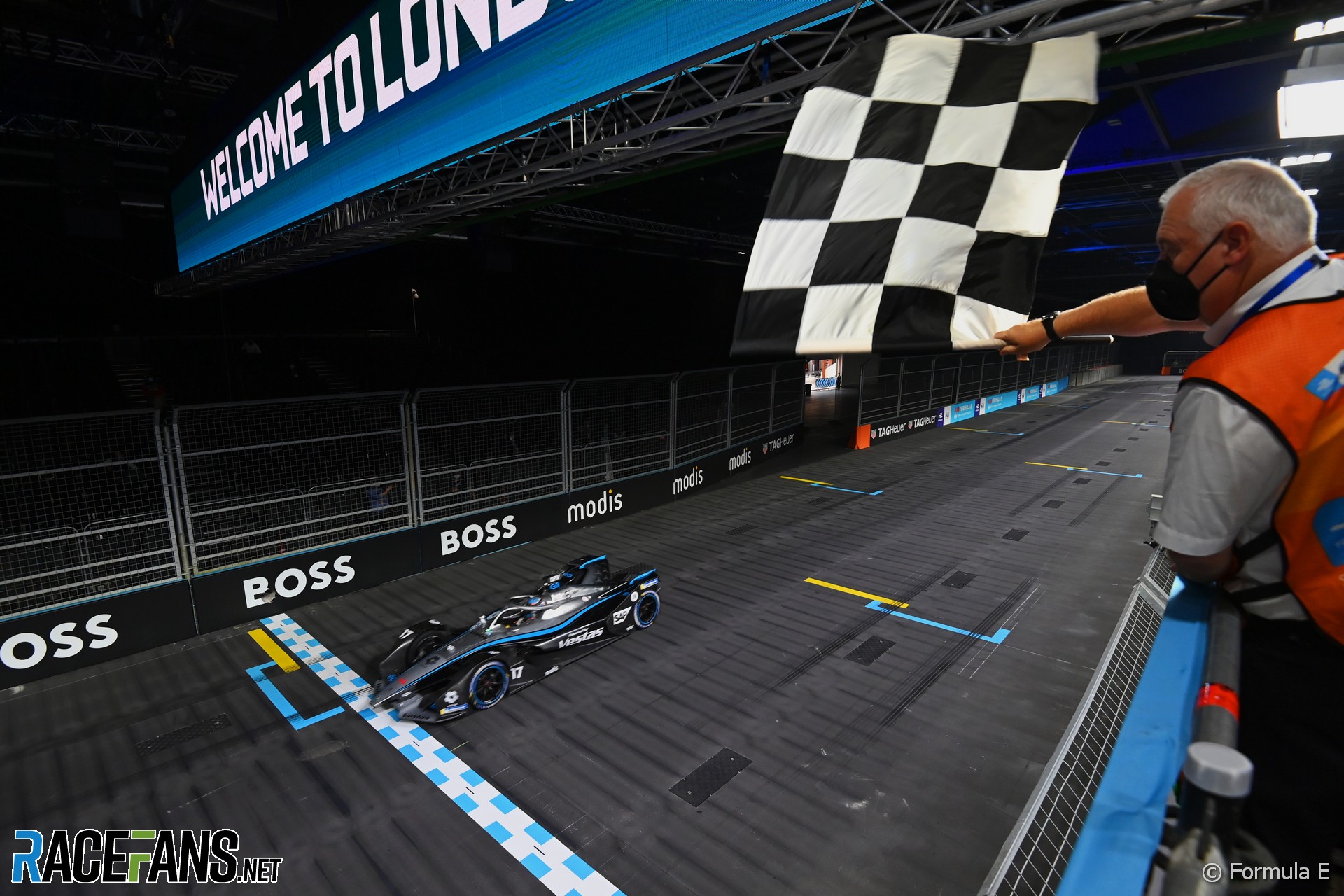 Following the farcical end of the first Valencia E-Prix last season, where multiple drivers ran out of usable energy after heavy energy limit reductions caused by a series of safety cars, the championship has introduced new rules to extend the 45-minute time limit on races instead of reducing energy restrictions.

Asked by RaceFans how he felt about the new Safety Car rules, De Vries said he fears the time extension element could be conducive to less eventful racing.

“I think it will generally reduce the risk of having extremely low energy targets when we have Full Course Yellow or Safety Car towards the end of the race,” he explained.

“I actually think it’s a little bit of a shame, because I think that as soon as we run into late Full Course Yellows or Safety Cars, we will run into an almost full-push scenario, which was the case in season five when I wasn’t there.

“As soon as you go into a scenario when the targets are too high – for instance, London – and there’s very little energy management, there is just no overtaking and there’s no racing. Plus, people that have a strategic race… their advantage from the job they’ve done throughout the race might be taken away for them.

“So I think it will be easier for everyone. For sure they’ve covered themselves from running into a scenario like Valencia. But personally, I don’t think it will improve the race.”

Further rule changes for the 2022 Formula E season have been introduced to address complaints from teams and drivers who have long believed unfairly disadvantage the most successful drivers. Most notably, the much maligned group qualifying system has been replaced by a new ‘duels’ format, intended to create a more even playing field for drivers.

De Vries believes the new changes designed to make the racing more meritorious are what the series “needed”.

“But, at the same time, it will be new for everyone and we still need to discover how that’s going to be practically. So I’m generally very much in favour of it and I think it’s going to bring what we needed, but let’s see how we all cope with it when it gets dark.”