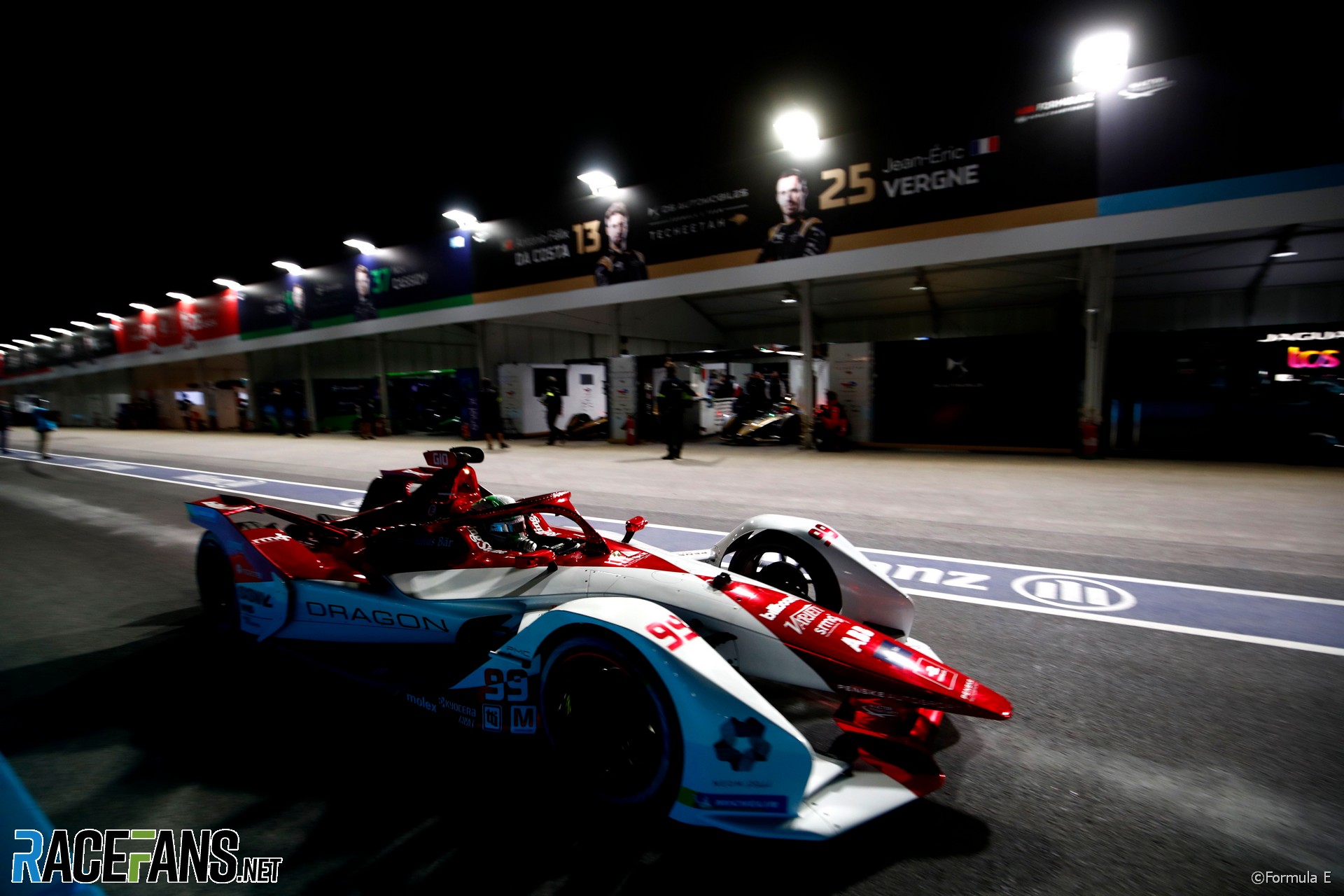 Formula E rookie Antonio Giovinazzi said he endured a “really difficult” debut in the series after he finished 20th and last in the first Diriyah E-Prix.

The former Alfa Romeo Formula 1 driver is competing for Dragon Penske this season having had only two days of running in a Formula E car at Valencia late last year prior to today’s opening race. Giovinazzi qualified slowest of the 22 drivers and finished 20th, the last driver running.

Asked by RaceFans how he would judge his first race in the series, Giovinazzi admitted he had found his debut “really hard”.

“It was really difficult. Really hard,” said Giovinazzi. “I think, overall, I was expecting it to be. I have not much miles in the car – especially in a race as well. In Valencia, we tried only one time and then it was only on the sim[ulator]. But then when we arrived at the track, it’s completely different.

“So yeah, it was really hard, especially at the end of the race, trying to finish the race with the battery energy. Qualifying was not too bad. I found the yellow flag and traffic, so it was not ideal, but it can be better. But for sure tomorrow we need to make a better job already from practice tomorrow morning. I will try and be more in the mix in qualifying because I think if you start forward, it can help you stay with others and try to be on the pace.”

After moving to the all-electric series after three seasons racing in Formula 1, Giovinazzi admits that his transition for Formula E had come with a steep learning curve.

“It’s not easy at all,” he said. “Especially because in F1, we have a lot more help with the onboards, with real data. So is everything more more easy to understand.

“The competition here is really hard. The drivers are all really good with experience and everything. So yeah, I’m struggling just to be be on their pace, but I’m sure and I hope that I can be soon on a good one and then try to be in the mix.”

One comment on “Giovinazzi: Lack of mileage to blame for “really difficult” Formula E debut”