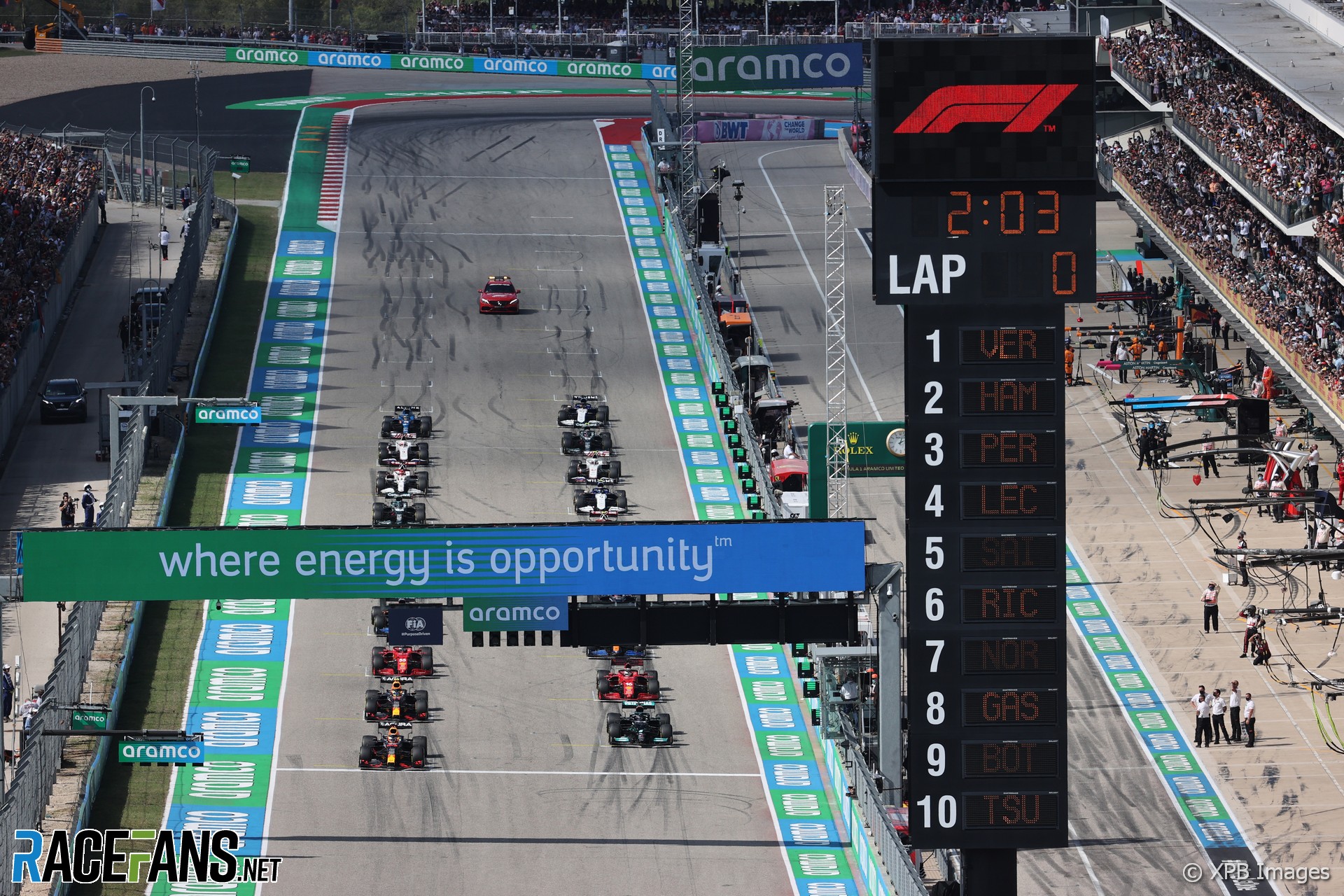 The Unites States Grand Prix will remain on the Formula 1 schedule until at least the end of the 2026 season, it has been confirmed.

The Circuit of the Americas will continue to host the United States Grand Prix until 2026 inclusive after Formula 1 announced a five-year contract extension with the venue.

A second US race in Miami has been added to the calendar this year. Its deal runs for 10 seasons, meaning F1 will have two races in America for at least the next five years.

The United States Grand Prix has been held in Austin, Texas since returning to the calendar at the purpose-built Circuit of the Americas since the track opened in 2012. The race has featured on the Formula 1 calendar every year, except for 2020 when all races in North America were cancelled due to complications caused by the pandemic.

On its return last season, the United States Grand Prix set a new overall race weekend attendance record for a Formula 1 grand prix, with more than 400,000 fans attending over the three-day event.

Formula 1 CEO Stefano Domenicali said the extended deal reflected the growth of the sport in the major American market.

“We are thrilled to be announcing the extension with the Circuit of the Americas ahead of the exciting new 2022 season,” said Domenicali.

“I want to thank the promoter for their ongoing dedication and enthusiasm for Formula 1 where together we are continuing to grow the excitement around our sport in the US following the huge success of Netflix, the work of ESPN, and the incredible season we had in 2021. Austin is a great city, and the track is a favourite for all the drivers, and we cannot wait to be back in October for more action and entertainment.”

Founding partner of Circuit of the Americas, Bobby Epstein, said the United States Grand Prix had become “one of the biggest and greatest events in the world”.

“We are extremely proud it has found a home in Texas – at Circuit of the Americas – and are grateful to the millions of fans who visited us over our first decade,” Esptein continued. “Thanks to everyone in the Formula 1 community for supporting our endeavours and rewarding our hard work. We are glad to have renewed our commitments and look forward to many more years of World Championship racing, entertainment, and fun.”

The 2022 United States Grand Prix is scheduled to take place on 23rd October, the 20th round of this year’s 23 race calendar. The circuit has received a extensive resurfacing to address long-held complaints over bumps in the track’s asphalt.