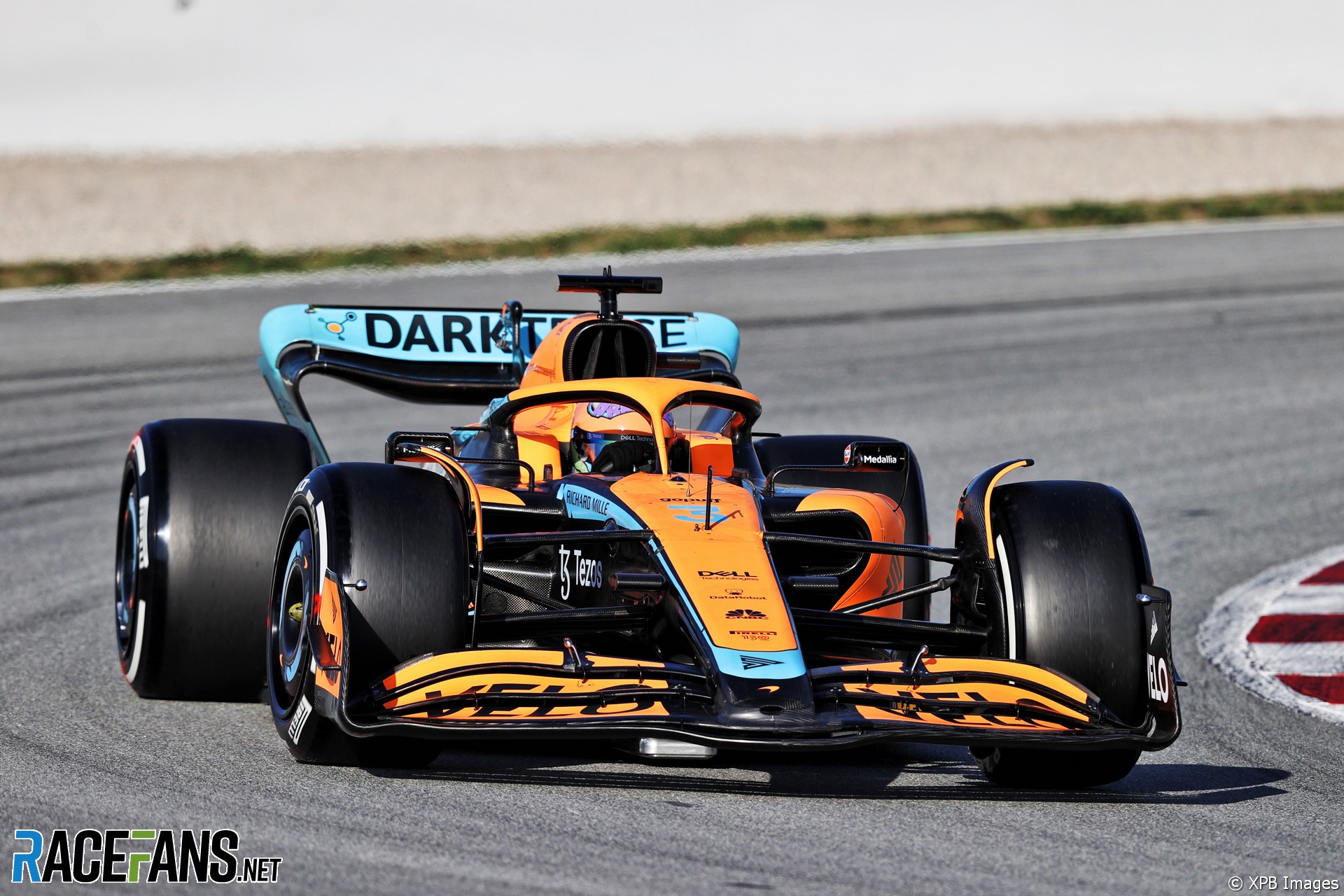 Daniel Ricciardo says he expected to struggle more with the handling of the new-look 2022 F1 cars than he did during his first day of testing.

The McLaren driver got his first opportunity behind the wheel of the team’s MCL36 on Thursday after team mate Lando Norris drove both sessions on the opening day. Ricciardo covered 126 laps, setting the third overall fastest time of the day.

Ricciardo says that he expected the heavily modified cars for the 2022 season would be more of a challenge to get to grips with than they proved.

“I was probably expecting a bit worse in the car or a bit more of a difficult car to drive,” Ricciardo said. “But so far it actually felt pretty balanced and there’s definitely grip. I think we see some cars already below the 1’20s, so there’s some pretty quick lap times around here. So yeah, quite fast early on.”

Having driven the most laps on the day of any driver other than Pierre Gasly, Ricciardo says he was pleased with the early reliability of the MCL36 over the first two testing days.

“I think with testing, the first thing you want to do is get laps in,” Ricciardo said. “So to do well over 100 laps on my first day was really good. So from reliability, [it was] nice.

While Mercedes driver George Russell suggested that McLaren and Ferrari look strong in the early phase of testing, Ricciardo said he’s not focused on where the team end the test on the timesheets.

“It’s hard to quantify who’s ahead at the moment, for sure,” he said. “We seem to be up the pointy end of the times.

“I don’t think Mercedes, Red Bull have really done anything, showing any cards yet, so I don’t really look too much. Ferrari – I think they they look solid, they look consistently good.

“But I’m trying not to read too much into it yet. It’s still early and [we should] focus on ourselves. I think there’s definitely some good things I feel in the car and, as always, some things to work on. But I think we’ve started off with a good base.”