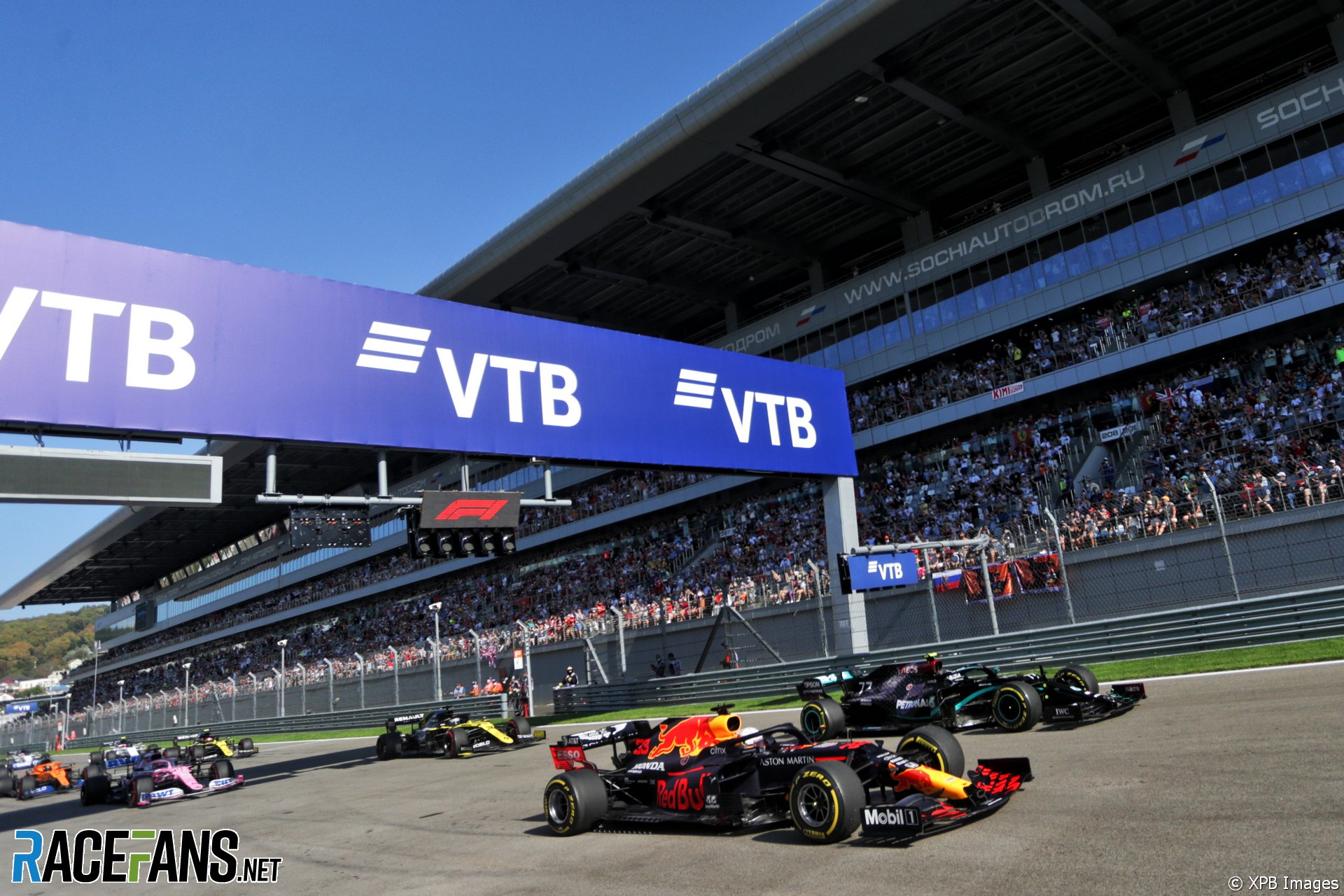 Team bosses met F1 CEO Stefano Domenicali during the first pre-season test at Circuit de Catalunya following Russia’s attack on its neighbour. The following day F1 confirmed the Russian Grand Prix would not go ahead while the Haas team removed the branding of sponsor Uralkali.

Horner said teams were unified in their response to the outbreak of hostilities. “It’s shocking to see what’s happening going on in the world,” he told the BBC today. “Sport is almost irrelevant at a time when you see what’s going on the world like that. Certainly Formula 1, all the teams took a very strong position when we were last together about 10 days ago to say we need to take a firm position on this.”

Following the test F1 confirmed it had cancelled its contract with the Russian Grand Prix promote for future races. On Saturday Haas announced it had severed its ties with Uralkali and Russian driver Nikita Mazepin would not return to the team.

“Obviously the Russian Grand Prix has been cancelled, the contract’s been torn up, the team that had a Russian sponsor, they’re going to remove the driver,” said Horner.

“Formula 1 as a community will come together and look to do something positive, to do something good,” he added. “It’s not often we all agree on something but this is a subject that absolutely there’s unification throughout all of the teams and participants.”

Mercedes team principal Toto Wolff, who repeatedly exchanged sharply-worded remarks with Horner during the championship fight between their teams last year, made similar remarks in an interview with Bloomberg last week.

“This is the overwhelming topic today and I think it allows us to reflect on all the little annoyances that we have in the sport that there’s just so much more important than this,” said Wolff.

“You can see Europeans, we are right in there, and we have Ukrainians and we have Russians on the team and certainly it’s not easy for all the individuals that have families there also. So it is tough times and certainly from a personal perspective as having grown up in Vienna with parents that come from a Slavic background, it is very close to my heart what’s happening.

“I’m Austrian and Vienna is 400 kilometres away from the Ukraine border and who would have thought that it is possible to have a war in Europe,” Wolff added. “Formula 1 and sport in general appears so miniscule in that context.

“So we have decided to not race in Russia and I think Formula 1 has given a robust statement in that relation aligned with the many other industries in the world.”

Speaking before Haas confirmed Mazepin would lose his seat, Wolff said the driver had shown he belonged in the sport. Mazepin made a single public test appearance for the team in 2019 and also conducted a private testing programme for the world champions.

“I’m in two minds because, for Nikita himself, he’s a guy that merits to be in Formula 1, he can drive,” said Wolff. “And you can see some of the sports leagues have decided to allow Russian athletes to compete and others have been stronger in denying them access.

“It’s difficult, but I think in a way to support the robust sanctions that have been implemented, you can understand why it could go either direction.”