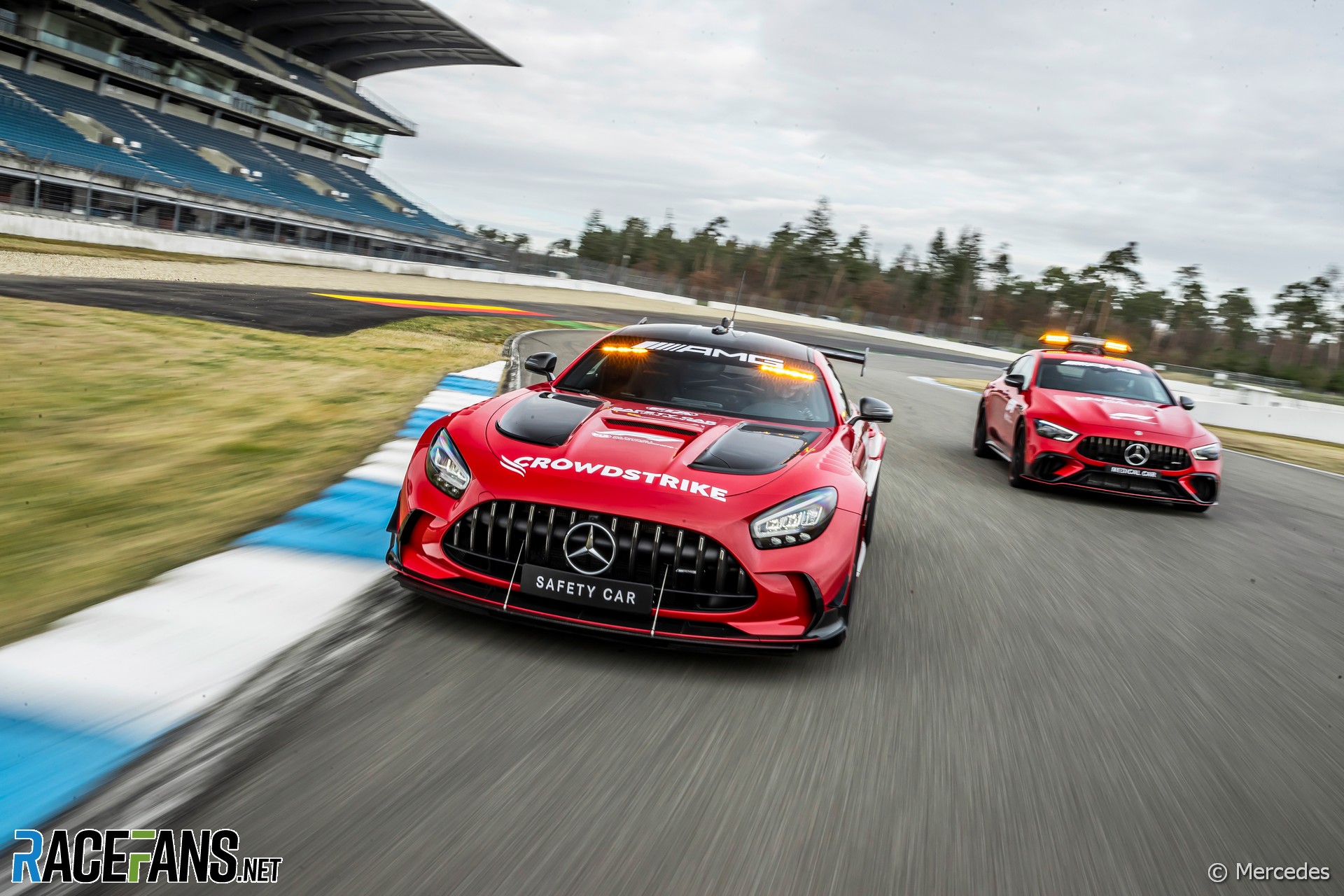 The previous AMG GT R safety car has been replaced with an AMG GT Black Series. The medical car, previously a C 63 S estate has been exchanged for a GT 63 S 4Matic+.

Both cars are from the manufacturer’s AMG performance line, which Mercedes has been using more prominently in connection with its F1 team. The manufacturer has showcasing track-to-road technologies from F1 in its most recent products, including a hybrid powertrain which borrows heavily from HPP research.

The two cars Mercedes are providing are mostly unchanged from the production models except that the AMG GT Black Series will not have a light bar on its roof, as previous safety cars. Mercedes say this would have interfered with the aerodynamics of the car and so instead lights will flash at the top of the windscreen and on the rear spoiler.

F1 safety car driver Bernd Maylander said he is impressed by the performance of F1’s new safety car. “I’ve already had the chance to test this amazing vehicle many times and I’m simply blown away by how close it is to a thoroughbred race car.

“It really is a major step compared to last year’s GT R – which was already at an extremely high level. To have a workplace like this in the name of safety is a dream come true.”

Mercedes’s new safety and medical cars will be used at the Bahrain and Saudi Arabian Grand Prix. The Aston Martins will be seen for the first time in Melbourne for the Australian Grand Prix, and the remaining races shared between the two.