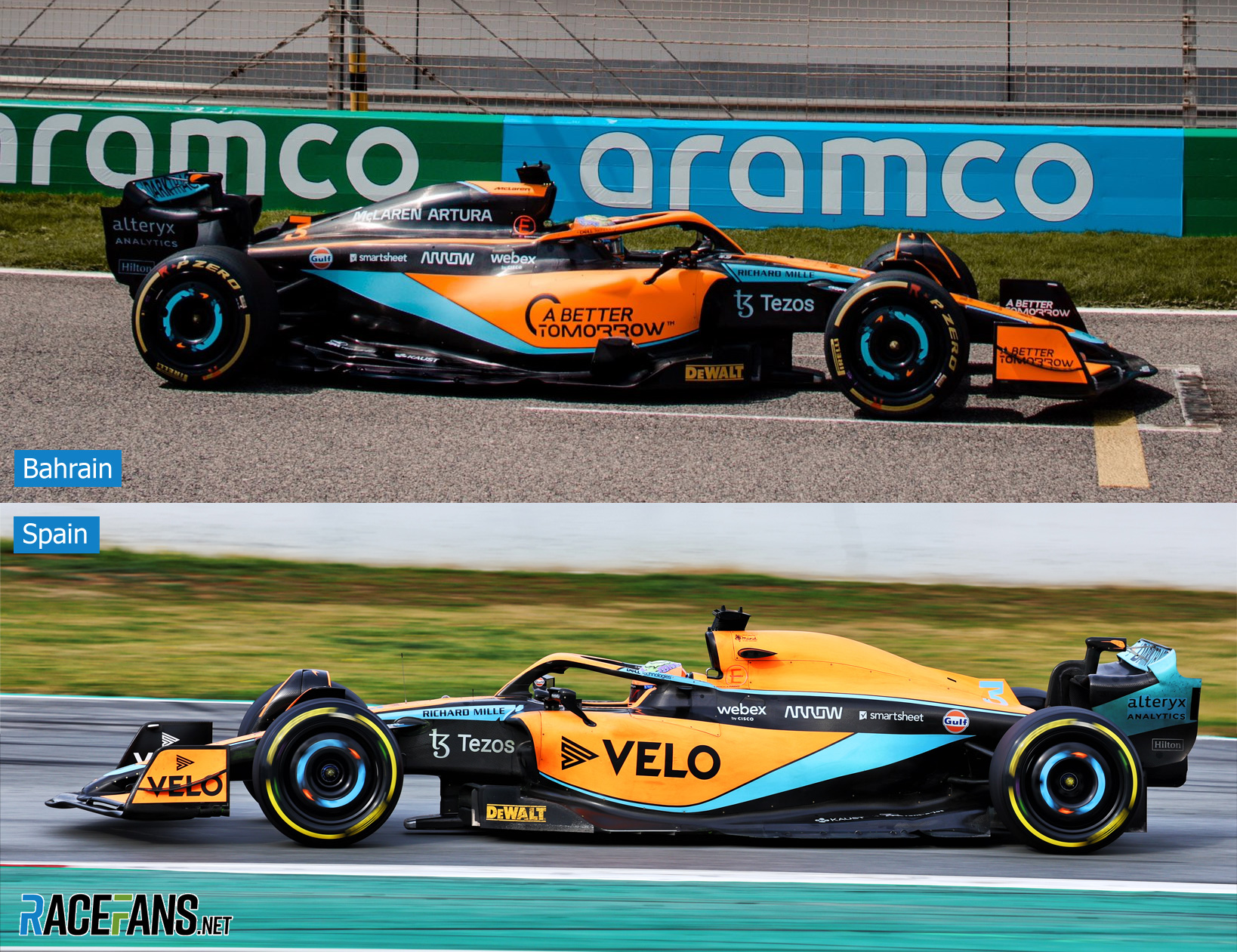 McLaren has revised the livery of its Formula 1 car ahead of the Bahrain pre-season test, which starts tomorrow.

The team first unveiled its 2022 livery at its launch in February. It is using a similar look across its other teams in IndyCar and Extreme E cars.

The original 2022 colour scheme featured greater use of blue and black in place of McLaren’s distinctive papaya bodywork. Following the launch it was used in a filming day immediately following the launch and during the three days of testing at the Circuit de Catalunya.

McLaren revealed an updated livery during a filming day at Bahrain International Circuit on Wednesday. More areas of the car are now painted black.

The original launch car had a largely papaya engine cover, with flashes of turquoise and black down the sidepods. The livery being run today has a mostly black engine cover with a small orange swoop over the sidepods down the length of the rear. The drivers’ numbers are more prominent, being orange on black instead of blue on orange. The rear wing endplates have also been re-painted black.

The changes to the car are more than just cosmetic. There are also signs of a revised, more heavily contoured floor at the edge of the sidepods, compared to the car that ran at Barcelona. There are significant restrictions to the dimensions of bodywork in that area under the 2022 rules.

The team told RaceFans that the MCL36 livery had evolved since the launch and that it would be likely to continue this evolution over the course of the 2022 season.

McLaren’s filming day today is the second of two the team is permitted to run during the 2022 season.