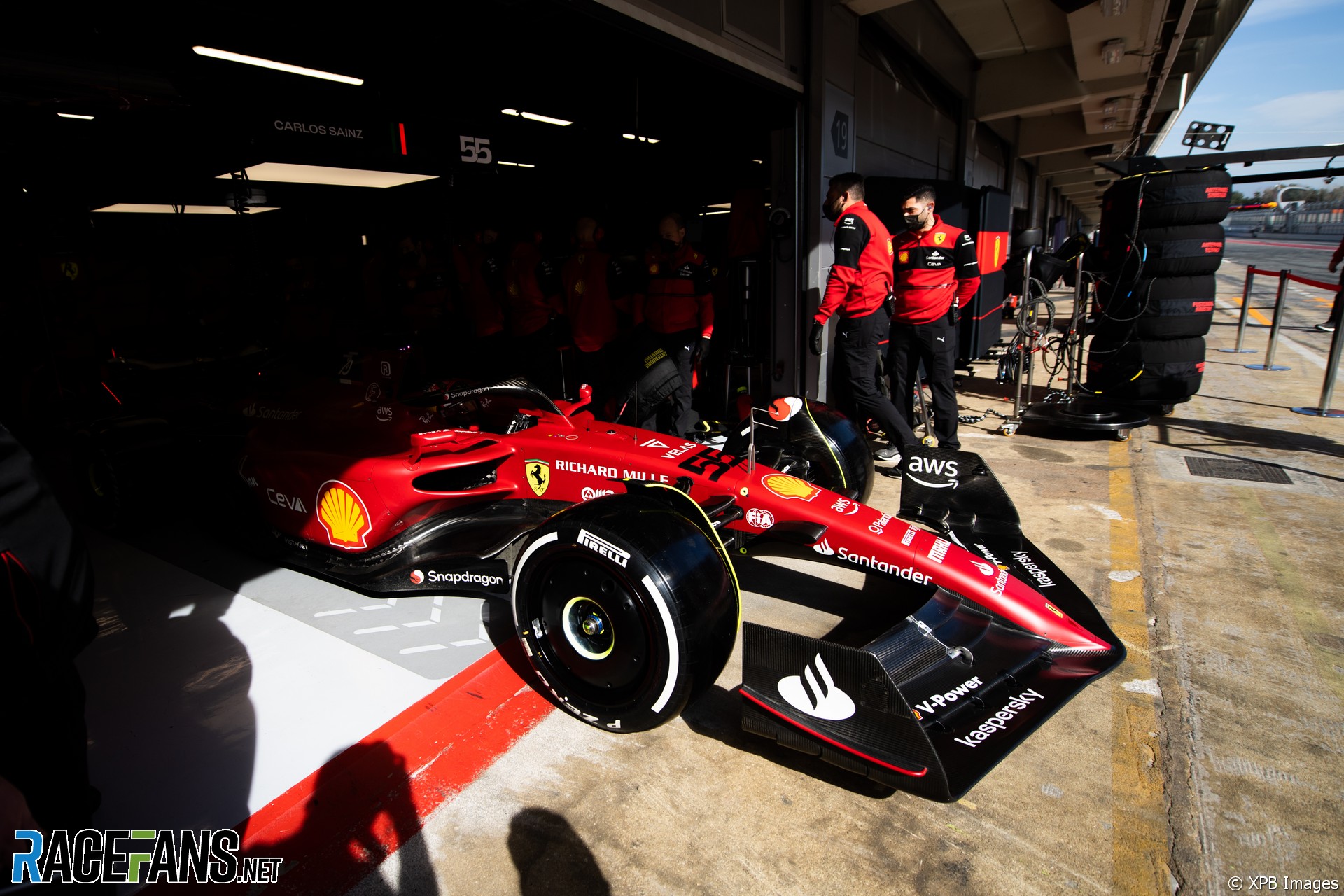 In the round-up: Ferrari has announced it will send financial aid to Ukranians suffering after Russia’s invasion two weeks ago.

Ferrari has donated £830,000 (€1 million) to a fund administered by the Emilia-Romagna region, where Maranello is located, to help Ukrainians affected by the Russian invasion. It has also contributed to the Association Chernobyl of Maranello, Fiorano, Formigine in order to support Ukrainian refugees staying in the region.

Ferrari CEO Benedetto Vigna said “Ferrari stands alongside everyone in Ukraine affected by this ongoing humanitarian crisis. While we hope for a rapid return to dialogue and a peaceful solution, we cannot remain indifferent to the suffering of everyone affected. Our thoughts and support go out to them. We are playing our small part alongside the institutions that are bringing immediate relief to this situation.”

McLaren have also partnered with the United Nations Children’s Fund (UNICEF), donating and encouraging fans to add their own contributions. Formula E posted a message asking its followers to donate to UNICEF and expressing support for Ukraine.

Ferrari has joined many other car makers in ceasing sales to Russia. Among the notable brands involved in motorsport Mercedes, Porsche, Jaguar, Aston Martin, BMW and Audi all suspended deliveries to Russia, while the Renault Group, which includes AutoVAZ (Lada) has paused production at its Russian factories. Toyota has also suspended production in Russia, as did Hyundai last week temporarily.

Alessandro Alunni Bravi has become the managing director of the whole Sauber Group, which still operates the Alfa Romeo-branded Formula 1 team. Alunni Bravi has been at Sauber in other managerial roles for over four years, with previous experience in the ART and Trident Formula 2 teams and at Formula E chassis makers Spark.

“It’s an honour to take on the challenge of being managing director of a company with the successful history that Sauber has,” Alunni Bravi said. “I am also aware of the responsibility that this position brings towards the more than 500 people employed by Sauber, a commitment I will meet with hard work, passion and dedication.

“I’d like to thank Frédéric Vasseur and the Sauber Group shareholders, as well as all those who have been by my side these last years, making it possible for me to achieve this next step. There is much work ahead but I’m excited to begin this new adventure.”

The Jerez and Sepang circuits are in the running to fill the empty space on the calendar caused by the cancellation of the Russian Grand Prix, according to La Gazzetta dello Sport. The race, which was due to take place on September 25th, was called off following Russia’s invasion of Ukraine.

A report in Corriere della Serra claiming Mercedes is about to reveal a radical upgrade for its W13 prompted speculation on social media. The Italian newspaper claimed the aggressive development of the car will look strikingly different to the one which race at the first pre-season test, with almost no sidepods. Testing will resume at Bahrain International Circuit tomorrow.

On #IWD2022, we’re celebrating the incredible commitment and effort put in by the women working for Nissan e.dams!

Hear from Electronics Engineer Charlotte Henry on what her job entails, why she loves motorsport and who inspired her to chase her dream.#FormulaE #FeelElectric pic.twitter.com/kWYNdeAA6W

Tarso Marques (@marquestarso), a Brazilian racing driver who has competed in 24 Formula One Grands Prix races, will be our driver in the NASCAR Cup Series races and other series to be announced in 2022. pic.twitter.com/26pXb7zYJV

We are pleased to announce the launch of #WomenInMotorsports Powered by @PNCBank with Chip Ganassi Racing, a new campaign in support of gender equality in the workforce.

Visit https://t.co/s98kLjoLLy to learn and apply for the paid internship. #IWD22 #BreakTheBias pic.twitter.com/pFvkLpJdx1

Lewis Carl Davidson Hamilton is to be made an honorary citizen of Brazil.

Checo Perez on the sanctions against Russian athletes after the invasion of Ukraine: 'An athlete is not to blame for what their president is doing' (Claro)

It is difficult, it is a very sensitive issue but I think the main thing is that the majority of Russians do not agree with what is happening. Many athletes, like everyone else, have spoken out against what he is doing, their leader, but sadly it's the consequences.

Bruno Michel Q&A: your guide to the new campaign with F2 and F3's CEO (Formula 2)

Having a team mate like Valtteri Bottas is going to be a fantastic asset for him, as it will allow him to continue progressing. It is always interesting to see how our drivers perform in Formula 1 because that is the DNA of Formula 2 – it is the job of F2 to prepare drivers or Formula 1. So far, I think that the eight drivers who have gone from our category to Formula 1 have performed well. I don't see why Zhou will not do the same.'

It’s been a busy start to the season in the factory and at the track. But I’ve also been looking at how I can follow up on the commitment I made last year to contribute somehow to the fight against online abuse and bullying. I used the winter break to understand more about the extent of the problem that exists, and to figure out a way that I could turn my own experiences after Abu Dhabi into a positive.

'I'm watching this - episode one, episode two - and I hate it,' Wolff said of the ‘Drive to Survive’ show. 'Now we are participants. We gradually grew into this. I never wanted to have the camera in my face.'

Brooks: 'In a multi-national team working in a global sport, this is extremely important and in an international society, it’s essential that we all have awareness and acceptance. Awareness and acceptance of not only ourselves but also of others, so people can bring their whole selves to the table which is critical to attaining an inclusive environment.'

Powell: 'From when I started karting there really weren’t many females racing. Believe it or not, I was quite a quiet kid, especially if I didn’t know anybody. So, being around a male dominated sport where literally there was just me and maybe two other girls in the karting paddock, that was a little bit daunting.'

Anna Rota: 'It is important to give females a voice throughout the year, not just on 8th March' (Females in Motorsport)

After Mercedes upgraded the safety and medical cars it supplies to F1, Leroy says the competition on track isn’t only about the cars that follow it…

A clever bit of subliminal marketing from Mercedes there. Their safety car is so aerodynamic that a light bar on the roof interferes with its performance. Whereas the Aston safety car can have a light bar because its aerodynamics aren’t as tuned.

I have to say I prefer the Aston’s aesthetics (sans light bar) more than the Mercedes though.
@g-funk

19 comments on “Ferrari donates £830,000 to help Ukrainians and cancels deliveries to Russia”