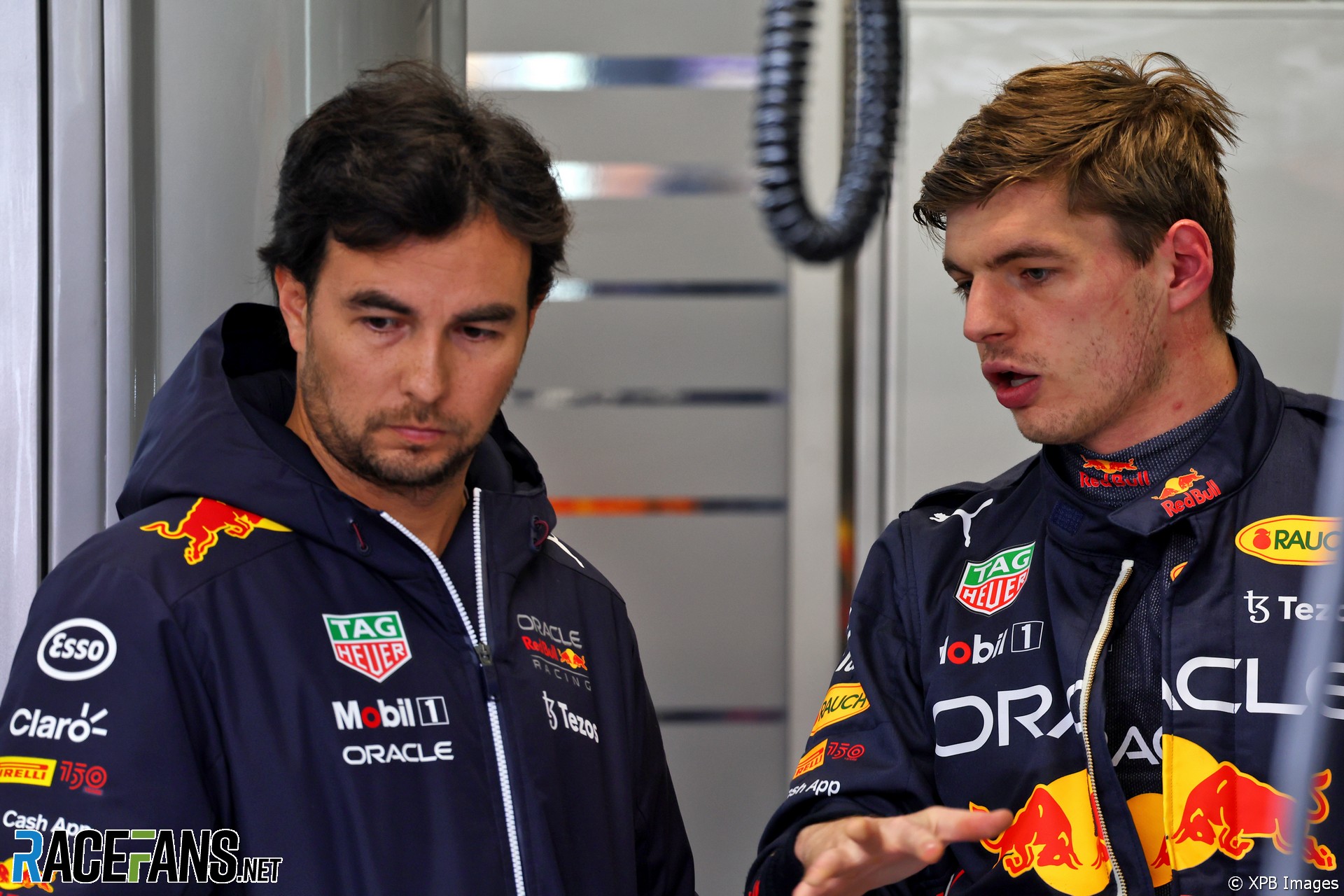 Sergio Perez says he is looking for a long-term contract extension with Red Bull to provide “stability” for him as a driver.

Perez was originally signed by Red Bull at the end of the 2020 season and raced for the team last year, taking a single race victory in Azerbaijan while team mate Max Verstappen secured the world championship.

Red Bull rewarded Perez with a one-year contract extension for 2022. Earlier this year they re-signed Verstappen to a new five-year deal which will keep him at the Milton Keynes-based team until the end of the 2028 season.

In light of his team mate’s major new deal, Perez says that he would like to secure similar “stability” within the team.

“When the time comes, certainly as a driver, you really need to have some stability with your team, which is also good for the team to have some continuity,” said Perez in response to a question from RaceFans in Bahrain. “So I think, going forwards, I’m looking for a bit longer stay.”

Having secured his goal of a world championship title, Verstappen says he was keen to commit long term to Red Bull due to how much he enjoys being a part of the team.

“I feel really well within the team,” Verstappen said. “I’ve been part of this team now for a couple of years.

“What I always find important, of course, success is very important – that’s what we were targeting we achieved the championship last year. That was necessary, let’s put it like that.

“But I also find it important that you have a good time while you’re in Formula 1 and you actually have fun with the people you’re travelling with and I definitely have that. So why would you change that?”

Verstappen has committed to the team despite the withdrawal of engine manufacturer Honda at the end of last season, though they have decided to continue supplying their power units through Honda Performance Development. The world champion is confident in Red Bull’s plans to take over production of its power units through the Red Bull Powertrains division it is building at Milton Keynes.

“I believe in the whole project also going forward and enjoying just working with everyone in the team and I just have a really good time. So that’s why I think it was quite a straightforward decision in the end.”