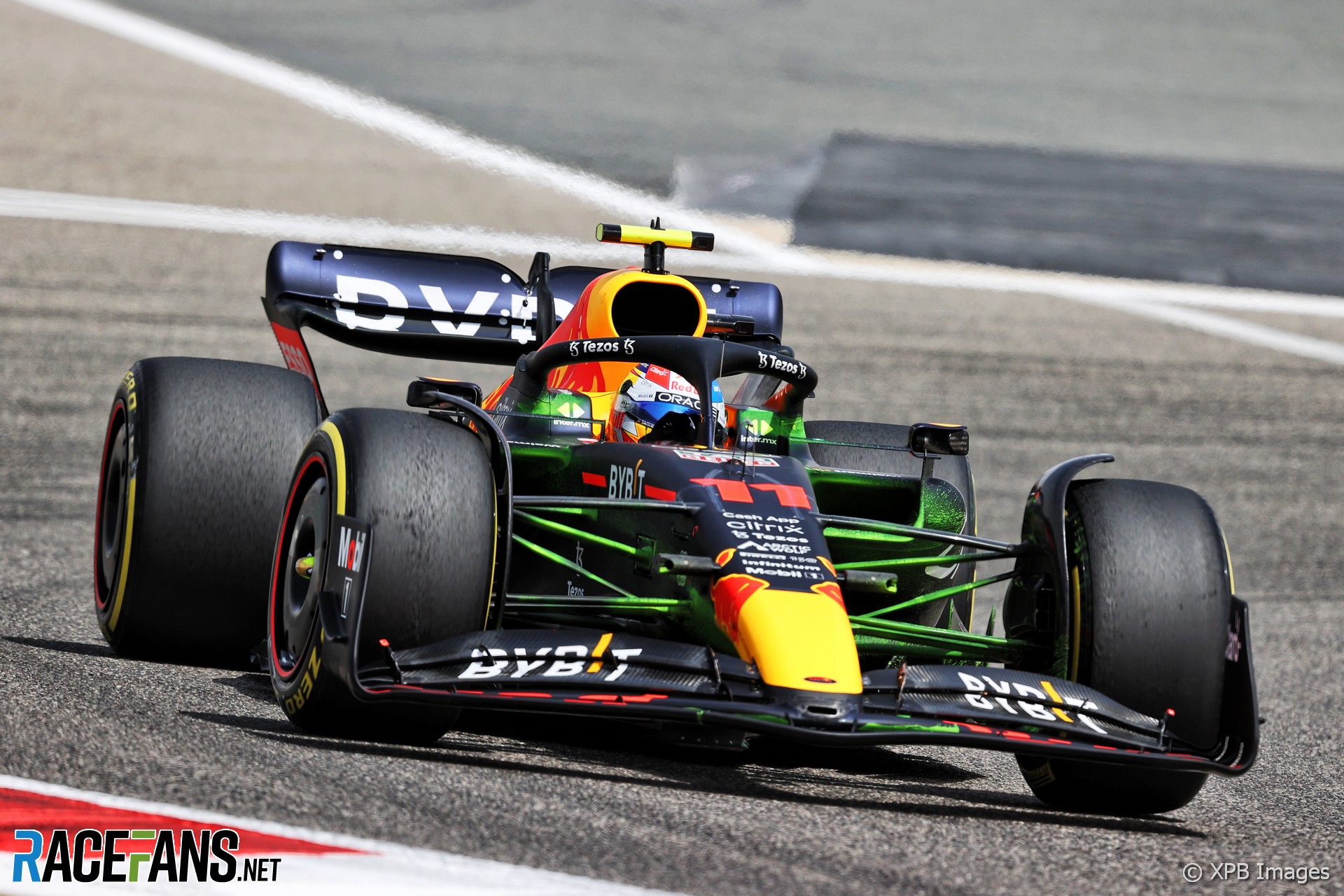 Sergio Perez set the quickest lap time of the Bahrain test so far during the final morning session as Red Bull ran a revised RB18 with new sidepods.

His 1’31.105, set using the C4 tyre, is the fastest time over the three days of running so far. Perez ran 43 laps during the four-hour session as Red Bull debuted an overhauled sidepod design on the RB18.

Zhou Guanyu was second-quickest for Alfa Romeo with a fastest time almost a second slower than Perez, also set on the C4 tyres.

Before the morning session had officially begun, Haas were afforded an extra hour of running as part of the arrangement agreed by teams to allow them to make up for the loss of the Friday morning session. Kevin Magnussen, who set the quickest time of Friday in an additional hour after the main session, covered 17 laps in the VF-22 before the circuit opened to the other nine teams.

After a short delay, Red Bull sent out Perez in the heavily revised RB18, immediately going quickest of all. Guanyu then set a new benchmark time of the day in the Alfa Romeo, before Perez went quicker again later in the session to set what would become the morning’s fastest time.

Lewis Hamilton and Pierre Gasly spent multiple laps running in close proximity to each other. The Mercedes and AlphaTauri traded track position a number of times as both drivers looked to get a better feel for how their radically redesigned cars for the 2022 season behaved when following other cars.

At the end of the session, the FIA ran a test of their standing start procedure. Gasly, Perez, Guanyu
and Lance Stroll all took part in a dummy race start from the grid in the closing minutes before the lunch break.

Gasly covered the furthest distance of any of the ten drivers who went out in the session, clocking 91 laps. McLaren installed modified brake ducts on Lando Norris’s MCL36 in a bid to help combat the braking problems which had hampered their running through the first two days. Norris covered just 39 laps, the fewest of any driver bar Magnussen in the Haas, who got 38 laps of running before a water leak ended his session.

Nicholas Latifi took his repaired Williams FW44 out onto the track following the fire that had caused an early end to the team’s running yesterday. He managed 73 laps of running before the chequered flag and will be given a brief run in the early afternoon before handing over the car to team mate Alex Albon.