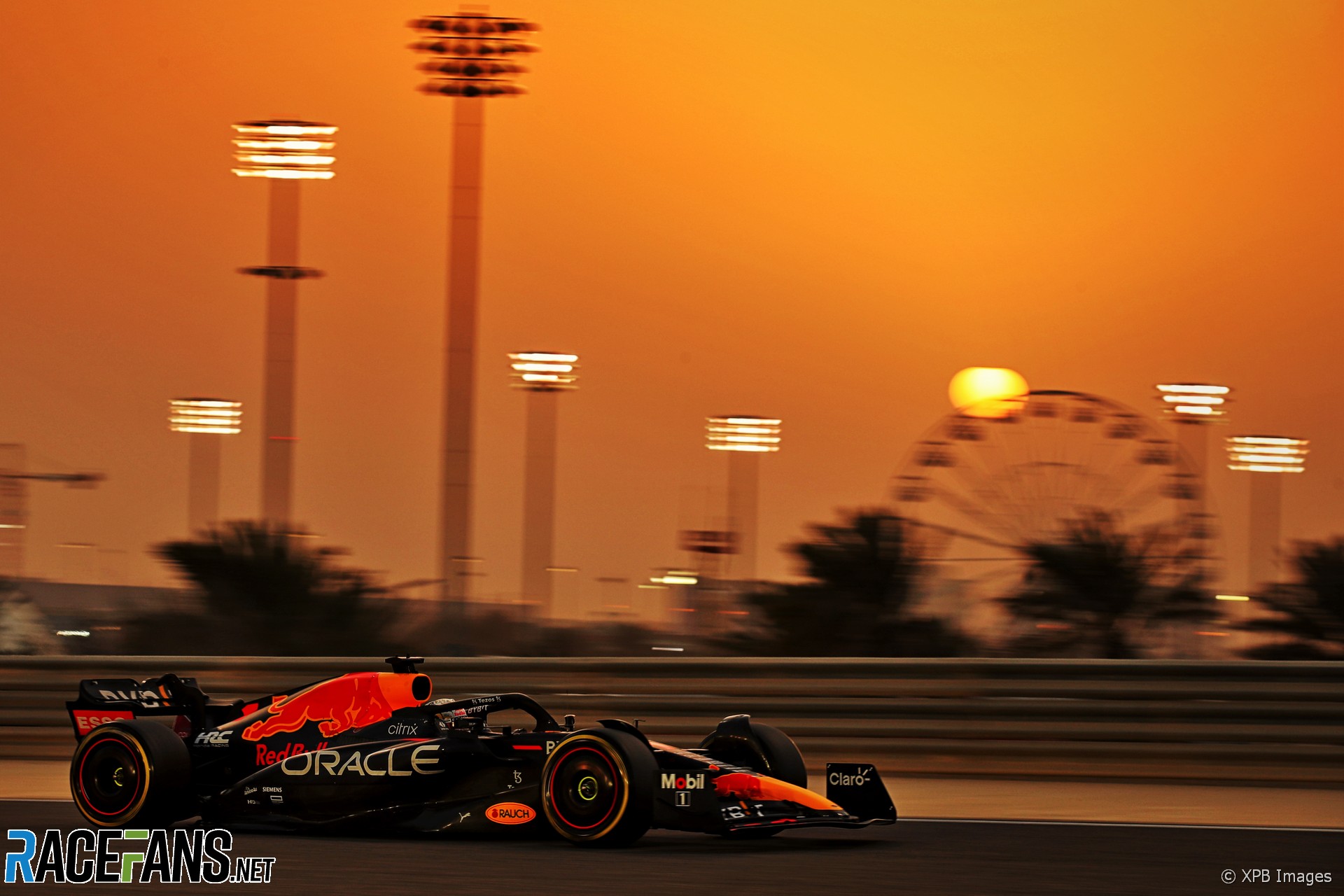 World champion Max Verstappen capped off the final day of pre-season testing for the 2022 Formula 1 season by setting the overall fastest time.

Verstappen used the C5 tyres – the softest available – to finish the sixth and final say of pre-season testing fastest of all. Charles Leclerc was second quickest in the Ferrari, with Fernando Alonso third fastest for Alpine.

As the sun began to set, Verstappen headed out onto the circuit on a new set of yellow-walled C3 tyres and became the first driver throughout the three days to breach the 1’33s barrier, lowering a new fastest time of a 1’32.645.

There was a brief red flag stoppage when Mick Schumacher spun his Haas on the exit of the final corner. Replays showed that Schumacher had just selected a ‘push’ mode on his VF-22 before losing the rear of the car under the throttle entering the main straight. Thankfully for Haas, Schumacher avoided the barrier and was able to immediately pit before the session was quickly resumed.

Approaching the final 90 minutes of scheduled running for both the session and the pre-season, a number of teams opted to take advantage of the cooler temperatures under the floodlights and run qualifying simulations on the softer tyres.

In the final hour, Valtteri Bottas was forced to pull his Alfa Romeo off the circuit after experiencing a problem with his C42 while making his way slowly around the circuit on an in lap. After a brief red flag, the session resumed with just under half an hour remaining.

Verstappen had a spin exiting the final corner while preparing for a push lap, before resetting and then clocking a new fastest overall lap of a 1’31.973. Leclerc improved to a 1’32.415 on the C4, before Verstappen’s second run saw him go faster still with a 1’31.720, which would ultimately prove the quickest time of the day and the test.

Fernando Alonso used the C4 tyre late in the day to go third fastest, just under a second slower than Verstappen’s best, after 122 laps during the course of the day. George Russell was fourth fastest after covering 71 laps in the W13 with Valtteri Bottas fifth for Alfa Romeo despite his late stoppage.

Following his fire in the Williams on Friday, Nicholas Latifi made up for lost time in the FW44, completing more laps of any driver during the day with 124, before passing the car over to Alex Albon, who added 18 laps to his Thursday tally of 104.

With the scheduled running having been completed, Haas will continue with Schumacher for a further two hours as part of an agreement to allow them to make up time lost by missing the Thursday morning session due to logistical problems.