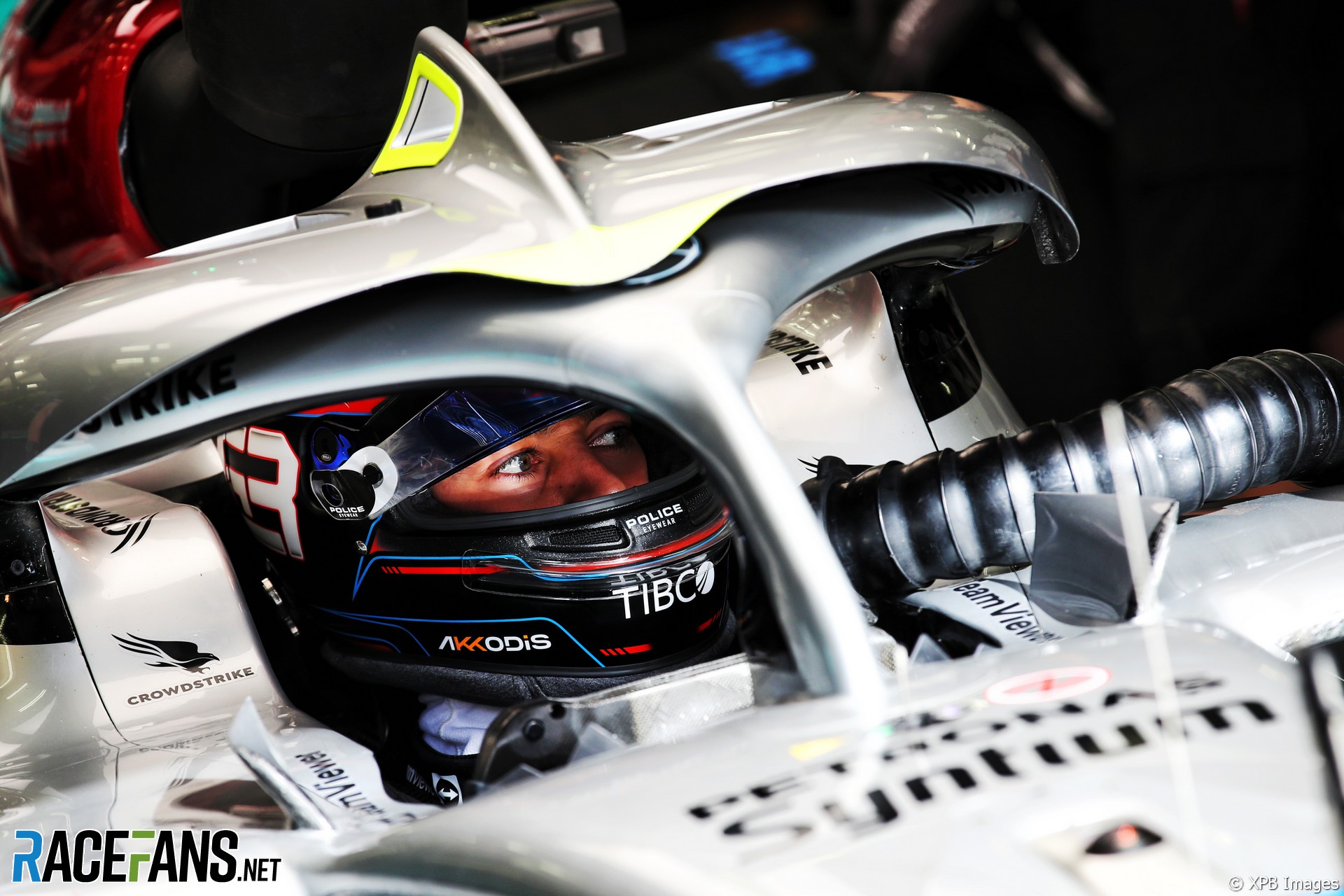 George Russell says that Mercedes are still searching for a way to “unlock” the potential of their car after pre-season testing came to an end.

Mercedes ended the third and final day of the second test in Bahrain with the fourth-fastest overall time. World champion Max Verstappen topped the times for Red Bull ahead of Charles Leclerc in the Ferrari.

“I think we’re probably not as competitive as we would like, to be honest,” Russell said. “I think the Ferrari and the Red Bull are in the sort of natural position, and I think we’re just a step [behind].

“Their delta from the front to the midfield and to the back is probably correct. We’re just a little bit further behind them than we’d like. I believe the guys are going to get to the bottom of it. There is potential there, but we just need to figure a way to unlock that performance.”

Russell covered almost 200 laps of the Bahrain circuit over the three days of testing. Mercedes introduced radically overhauled sidepod designs onto the car for the second test, but appeared to be struggling more visibly from porpoising along the straights and with the balance of the W13 in the corners.

“It is pretty clear where we’re limited,” Russell said. “You’ve only got to watch the videos and you see it’s bouncing around a lot and it’s not putting the car in the right window.

“The team have worked incredibly hard to try and find solutions for this. We’ve yet to find one, but that doesn’t mean we won’t be able to find one ahead of next week or later in the season. This is a long game, I do believe that performance is there somewhere, we’ve just got to find it.”