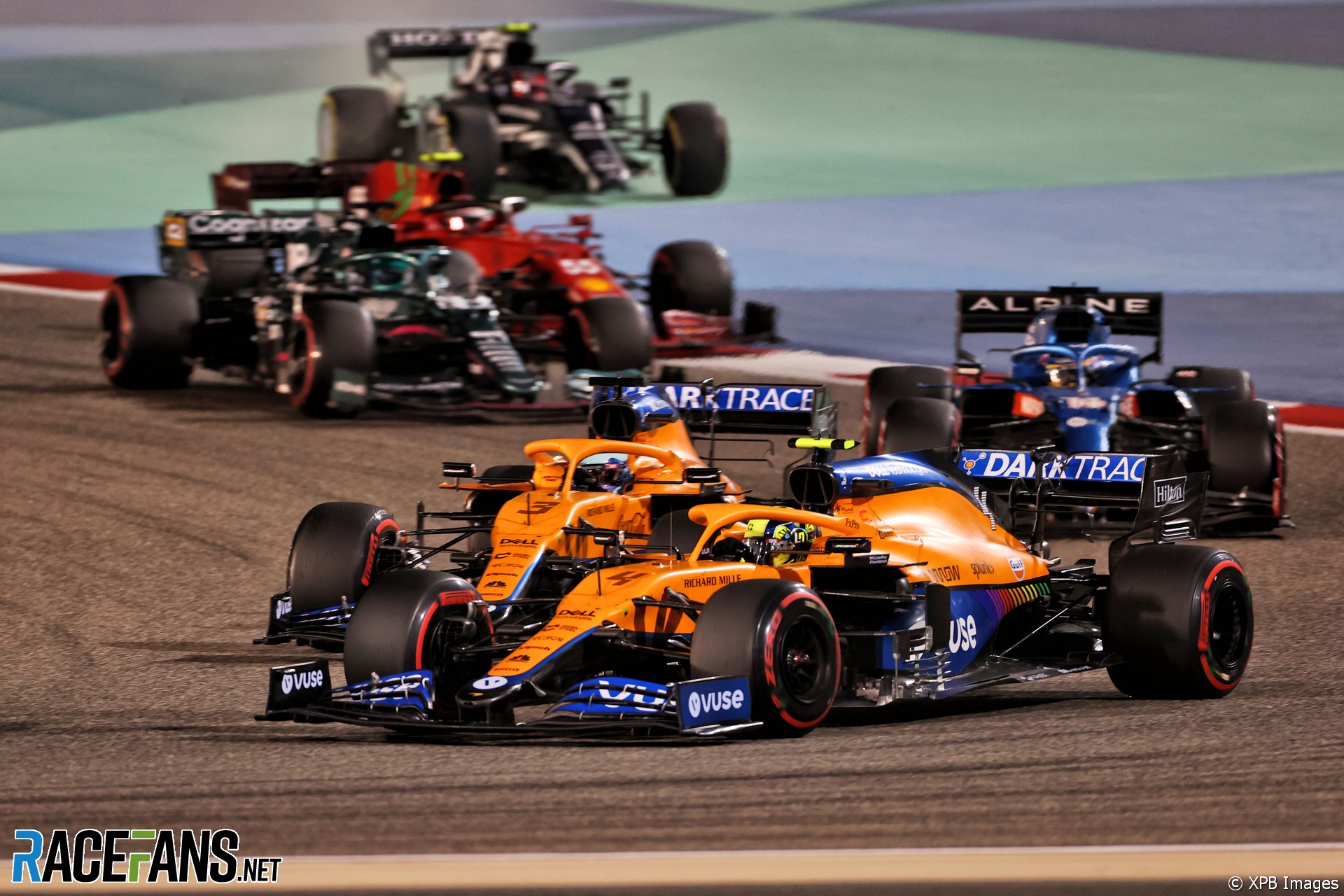 Lando Norris has raised concerns over parts of the new season of Drive to Survive, which he said do not accurately reflect events as they happened.

The McLaren driver said parts of the new fourth season of Drive to Survive, which debuted last week, includes sections in which video and team radio audio from different races have been combined to give a false version of events.

Norris said the series reflects well on him, having finished ahead of team mate Daniel Ricciardo for much of last year, but questioned the accuracy of Drive to Survive in places.

“Episode two is the first proper introduction to Daniel, myself and us and McLaren,” Norris explained. “I think it’s good, it gives you good insight. I think for my side it looks good, maybe not so much from the other side.

“There are obviously some comments and things here and there which are maybe out of place which, when you’re the person that it’s about, you maybe don’t agree with it so much, because it can make you look like you said something in a time and place which is definitely not correct.”

He called attention to footage from the Bahrain Grand Prix in which audio from another race had been used to exaggerate the rivalry between him and his team mate.

“There’s a bit of me and Daniel going side-by-side in turn one when we’re not even close,” said Norris. “And [on the team radio] I claim he pushes me off which is from a completely different race.

“So there are things which maybe are a bit too much like that, and I maybe don’t agree too much with it.”

Other drivers have also accused the series’ producers of going too far in their efforts to manufacture drama. Max Verstappen last week restated his refusal to participate in the programme which he previously said had “faked” storylines.

However Norris believes the programme can make a positive contribution to Formula 1’s popularity providing its creators avoid the temptation to over-exaggerate.

“On the whole I think things are still just exciting and good for everyone,” he said. “As long as they don’t over-do it and literally make someone look like they’ve done something which they definitely haven’t done, I think that’s too far. As long as I don’t do that it’s good.”