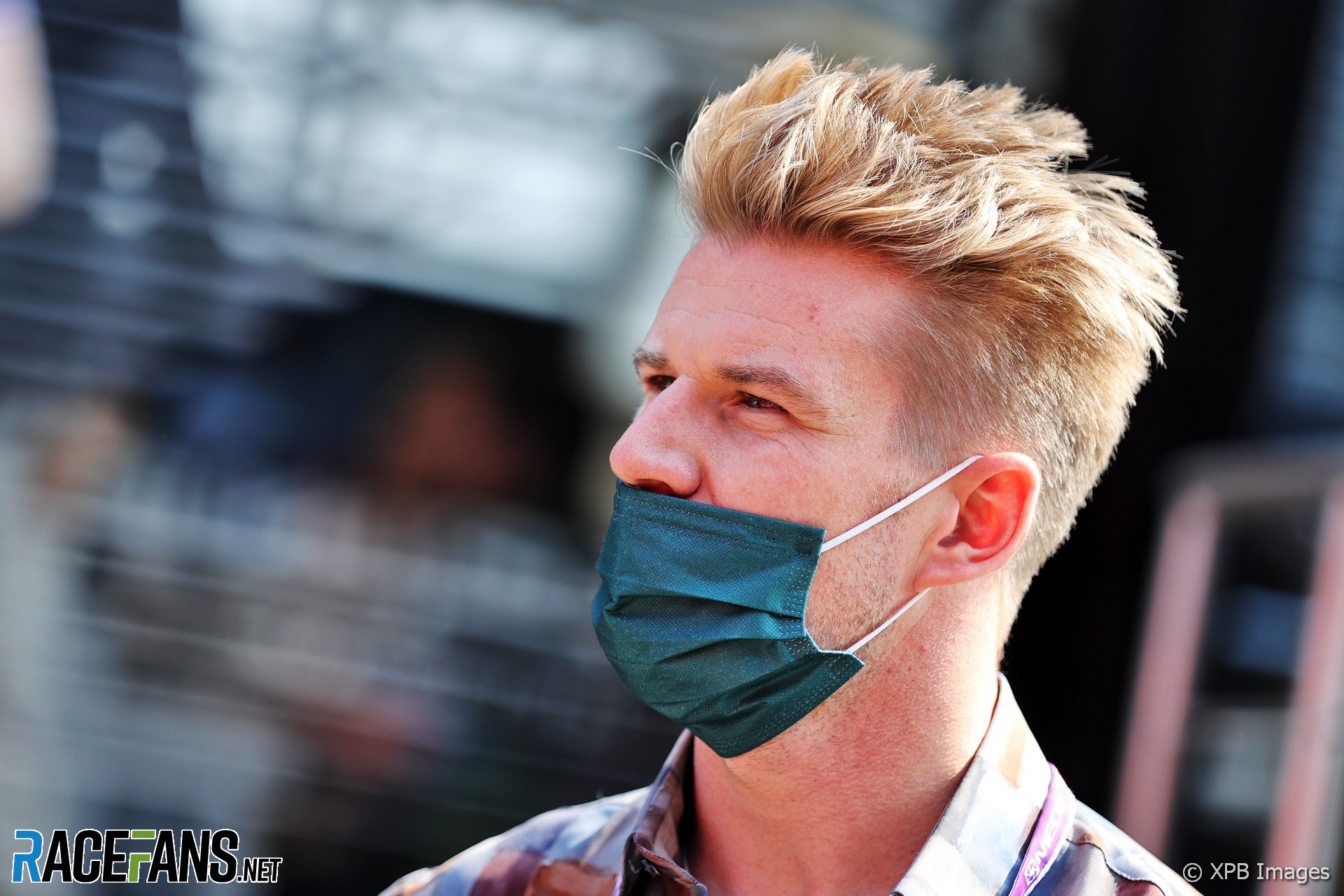 In the round-up: Ferrari drivers Charles Leclerc and Carlos Sainz Jnr say Nico Hulkenberg has a challenge on his hands to adapt to the new generation of Formula 1 cars at short notice following his call-up to Aston Martin.

No doubts Hulkenberg will get up to speed for race, say Ferrari drivers

Hulkenberg has been brought in on short notice to stand in for Vettel who has been sidelined after testing positive for Covid. Despite not having driven the AMR22, Ferrari drivers Sainz and Leclerc expect he will be able to get up to speed by Sunday.

“I think it’s going to be a bit tricky at first for him because the car also requires a different driving style to the previous ones,” said Leclerc. “But Nico is a very strong driver, a very talented driver, so I’m pretty sure that he will make the most out of the three practices to get up to speed with this car.”

Sainz said that three practice session was “enough for the Hulk” and thinks he will adapt to the new cars. “Maybe it will not be peak Nico Hulkenberg, but even a driver of his calibre without having maybe the optimal running time is still really strong and really good.”

“Naturally it is a shame he’s not here,” Schumacher told German media. “I spoke to him briefly, I wished him a speedy recovery.

“Hopefully he will get better soon and then he can come back again. Of course the pandemic is still a big part of our world, there’s no denying that.”

Former BBC and Channel 4 F1 commentator Ben Edwards will return to the commentary booth as part of a new line up for the official F1TV streaming service this season.

Motorsport Broadcasting report that Edwards will commentate this weekend’s Bahrain Grand Prix alongside former F1 driver Jolyon Palmer and will be featured in ten races in this year’s championship.

The pair will be included on the main feed of F1TV, instead of the Sky Sports English commentary team of David Croft and Martin Brundle. They will be joined by Will Buxton, Sam Collins and Tom Gaymor.

PlayStation players were unable to play the new Gran Turismo 7 for the majority of Thursday after a scheduled server maintenance period was extended indefinitely after a major issue.

The game, released earlier this month, was the top selling game in the UK following its launch. Despite a heavy single-player focus, the game’s always-online requirement means that players are unable to progress through the game’s campaign or play the vast majority of modes unless connected to the game’s servers.

A two hour scheduled delay on Thursday morning was extended, with the servers still not back online on Thursday evening. Players vocally criticised their inability to play the game during the outage, leading to game director Kazunori Yamauchi apologising for the delay on social media.

The new patch bringing the game to v1.07 was also poorly received, as developers Polyphony Digital confirmed that they had reduced the amount of in game credits rewarded for completing race events, greatly increasing the time investment that players require to earn enough to purchase high-end cars in the game without spending real money through microtransactions.

Hulkenback routine 🤠
I will do what I can to get up to speed as quickly as possible. Get well soon Seb! #f1 #BahrainGP pic.twitter.com/7mSU8QLl5g

Important to remember it wasn't just one driver who was disadvantaged by the one-off application of a different interpretation the rules in Abu Dhabi last year:https://t.co/8bXzkMXiGd #F1 #BahrainGP

"An official announcement regarding a Formula One race on the Las Vegas Strip is “imminent,” according to a person with knowledge of the situation."

"I think making comments like Christian Horner did, he has such a large platform - I think it can be very damaging when someone of power or authority makes comments that can dismiss women as sports fans."

"The project... would bring a specially prepared Camaro ZL1 from the NASCAR Cup Series into the international motorsports scene’s biggest endurance race. Once approved by race organizer l’Automobile Club de l’Ouest, the proposed entry would fill the Garage 56 slot — an extra starting berth that showcases innovative vehicles outside of the race’s traditional classes."

"The current international situation has forced the organizer of Rally Kazakhstan, round three of the FIA World Rally-Raid Championship (W2RC), to cancel its 2022 edition, which was due to take place from 25 to 30 April."

As F1 returns to Bahrain, an ex-prisoner awaits compensation (AP)

"I call it the Formula of blood, because it is set upon the suffering, blood, sacrifice of the victims. Despite its power, its influence, it has decided to put hand in hand with the government oppressing people, instead of trying to highlight the suffering of people and bring their voices out."

While the decision of new F1 race director Niels Wittich to simplify track limits rules for this weekend proving popular with many, @markzastrow would still like to a touch of nuance added to the revised rule…

I’d rather see Article 33.3 amended so drivers can use the full extent of kerbs and define the track limits as outside of them, as MotoGP does. There are many corners on the calendar where the kerbs are wide enough for a car to be fully on them, outside of the inner white line. I’d rather see drivers fight to stay on the edge of the kerbs and risk upsetting the car instead of simply aiming for the white line, which presents no physical risk or feedback.

But this simplicity is certainly an improvement over how the issue was handled at last year’s Bahrain GP.
@markzastrow

42 comments on ““Very strong” Hulkenberg will get on top of tricky new cars, Leclerc predicts”