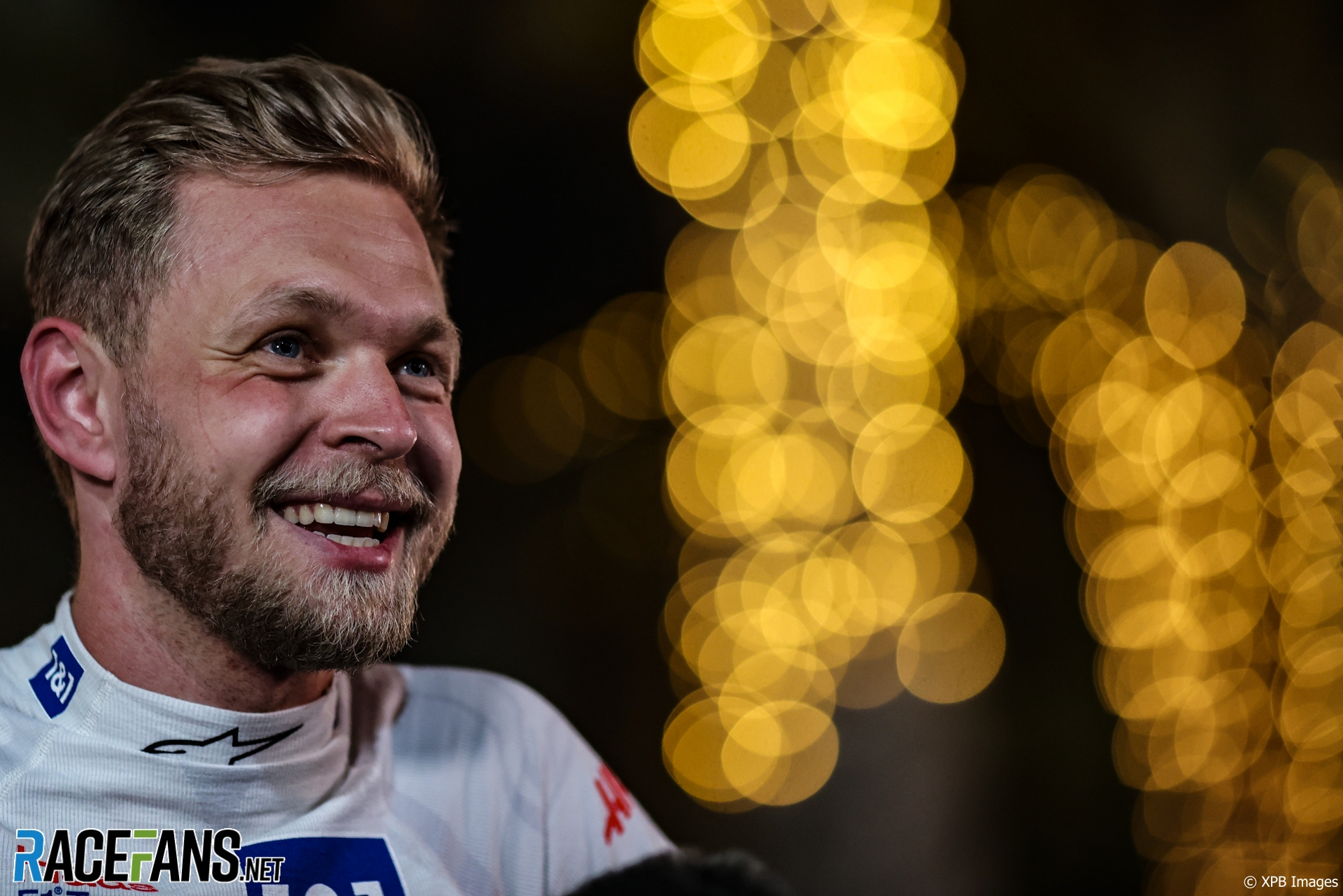 Kevin Magnussen described his first Formula 1 qualifying session in over a year as a “roller coaster” after securing seventh on the grid for Haas.

Magnussen had only been offered a race seat with his former team a matter of weeks ago as a result of the team ending their relationship with Russian driver Nikita Mazepin.

The Danish driver, who spent last season racing in sports cars and a one-off appearance in IndyCar, only had a handful of sessions in the VF-22 during the final pre-season test before the Bahrain weekend.

Despite facing a hydraulic problem that developed in the middle of the qualifying hour, Magnussen was still able to reach Q3, which team mate Mick Schumacher failed to do.

“It’s been a real roller coaster the last couple of weeks and everything that we went through in that two weeks to manage everything that had to be managed and actually get here and then drive the car, get a good feeling and get some hope,” Magnussen said.

“We had a suspicion that it might be quite good, then qualifying was another whole roller coaster in itself with the problems we had not being able to run more than once in Q2 and 3 and not even knowing if we could get out again in Q3 and all that. So getting P7 for tomorrow’s race, after all that, is really, really cool.”

The problem with his car meant Magnussen had to run his out-lap in the final phase of qualifying entirely in fourth gear, which limited his ability to prepare his tyres for his final push lap. He also was forced to pull the car off the circuit after the chequered flag.

“I wasn’t able to go quick on the out-lap and get my tyres ready, so I was compromised in a few places,” he explained. “But I mean, P7 we’re still super happy.

Magnussen admits that Haas are more concerned about their reliability during today’s race than they are about their potential pace.

“Reliability is certainly the biggest concern going into [today]’s race,” he said. “It’s not so much the pace or balance of tyre wear or our strategy. It’s more just getting to the end. If we get to the end, I’m sure we will be able to be in a strong position.”

After his unexpected return to Formula 1, Magnussen says he struggled to comprehend that the VF-22 was truly as fast as it appeared until qualifying.

“I was in the car and I saw after the first run in Q2 that I was in front of the two Mercedes. I was like, ‘okay’ and I was P4, and it’s just crazy – now I believe that the car is good.”

Asked how he would have reacted if team principal Guenther Steiner had told him the car was as strong as it was when offering him the drive, Magnussen replied: “I would have called bullshit.”