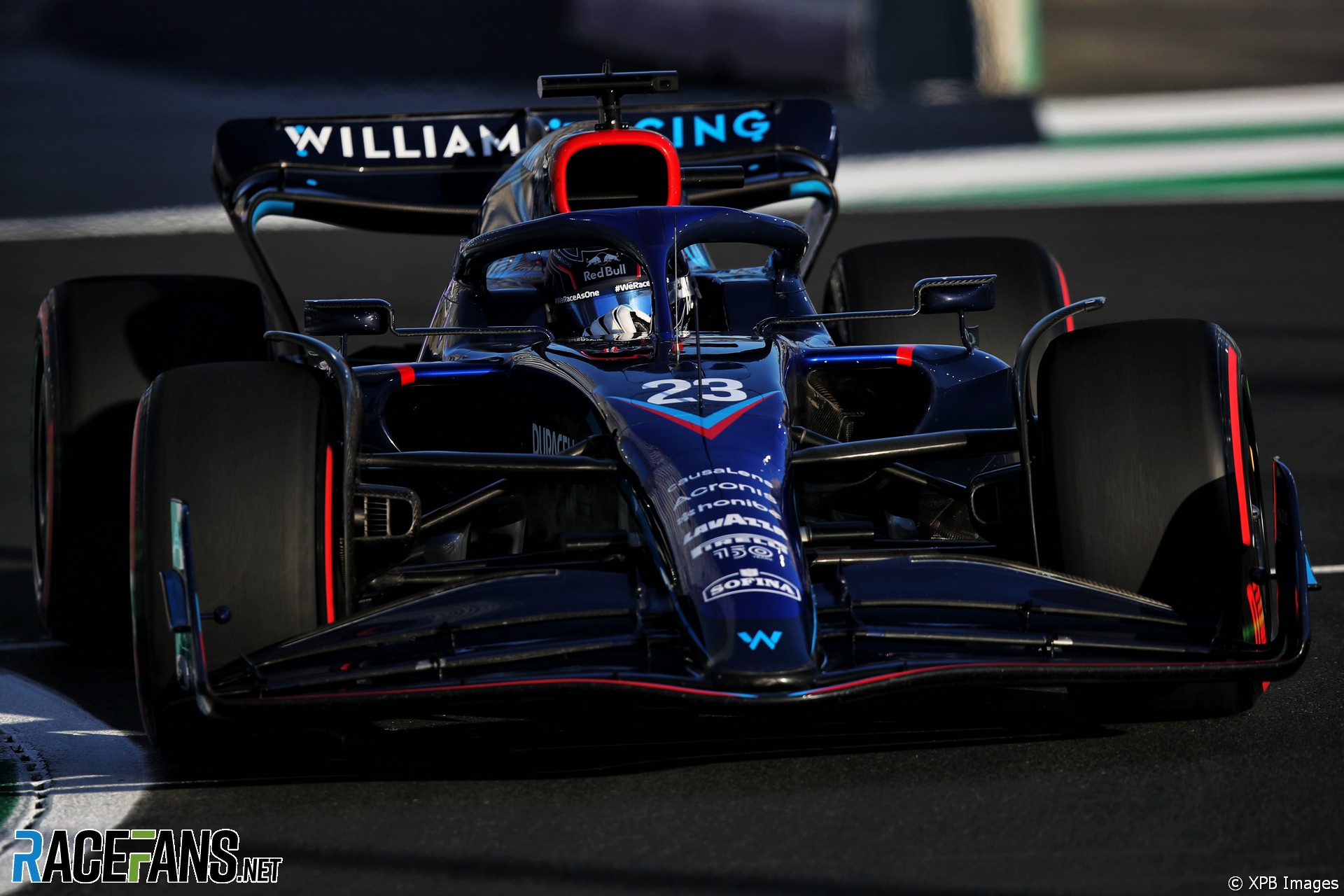 Alexander Albon has received his first driving reprimand of the 2022 season after the stewards judged he impeded Mick Schumacher during first practice.

Schumacher was on a flying lap with just under 10 minutes remaining in the session when he caught the Williams at the exit of turn four. Although Albon was not on a timed lap, he did not move over to allow the Haas driver through, the pair passing Lance Stroll’s Aston Martin through the sequence of turns.

Albon remained ahead until eventually allowing Schumacher passed on the exit of turn 12. A frustrated Schumacher asked engineer Gary Gannon “what the hell is this?” over team radio, before race control announced the incident would be investigated by the stewards.

After speaking to both drivers, the stewards issued Albon a driving reprimand for the incident, his first of the new season.

In their decision, the stewards described how “car 23 [Albon] was informed that car 47 [Schumacher] was approaching and admitted that he saw him in his mirrors but chose not to slow down and let him pass as he was concerned about locking up his brakes.”

While the stewards accepted that the “incident did not result in an unsafe situation,” the fact that Schumacher was impeded was a breach of regulations and Albon was handed a reprimand.

Any driver who receives five driving reprimands over the course of the season will receive an automatic 10-place grid penalty for the next race. Albon was not handed any penalty points on his super licence because of the incident.

One comment on “Albon reprimanded for impeding Schumacher in first practice”