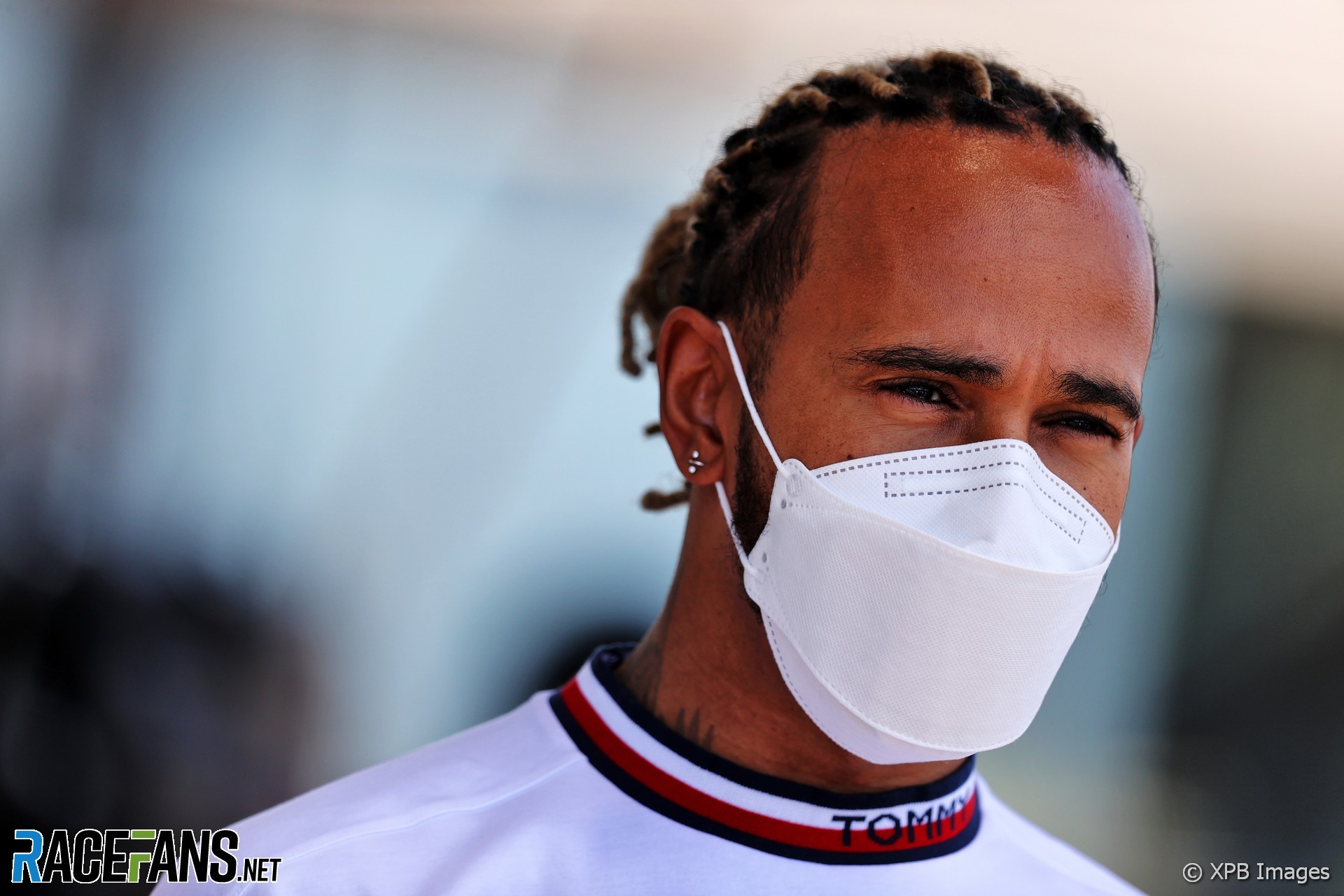 Lewis Hamilton says Mercedes must make progress with their car quickly after seeing the performance of their rivals in Bahrain.

After finishing on the podium in Bahrain after the late retirement of the two Red Bull drivers, Hamilton said they cannot rely on the same happening again.

“I don’t currently feel too stressed but I want to get in the fight as soon as possible,” said Hamilton in response to a question from RaceFans. “The last race was obviously an amazing feeling for us given where we thought we were going to be to come out with the result we did. But we can’t rely every weekend on that to happen so we need to do move forwards as fast as we can.”

Hamilton said he is “realistic” about the challenge the team faces having started the season six-tenths of as second off the pace. “We have issues, we’re fighting to fix them.

“I think there’s a lot of potential within our car and we’re just trying to work as hard as we can to rectify them as quick as possible.

“We’ve seen the amazing performance of some of the other teams, how close it is between all of us so I’m hopeful that we will improve. I have no doubt that I’ve got the best group of people behind me in order to come up with solutions and fix it and extract performance.”

Jeddah Corniche Circuit, which holds this weekend’s race, is a faster and smoother layout than last week’s venue, and may produce a change in the competitive order. Mercedes have experienced particularly severe problems with their car ‘porpoising’ at high speed.

“It shouldn’t be as bumpy as Bahrain,” said Hamilton. “Bahrain’s obviously a much older circuit, it’s got more character to it because it is as old as it is.

“This track is super-fast but a different surface, it will behave with the tyres differently. These long straights might not be too much fun with the bouncing if we still have it. Those that have the bouncing are in the same boat, hopefully we’ll try and fix some of it.”

Mercedes have been hard at work to solve their problems since the last race. “A huge amount of work has gone on in the past three days,” said Hamilton. “I’m very proud of my team for just keeping their heads down, staying focussed, turning to the crazy amounts of data that there is every time we’re basically out in the car and just trying to understand what the issues we have.

“We are aware of the problems we have, but in terms of what’s causing it [we’re] just working through trying to figure that out and how we can rectify it without losing performance and ultimately gain performance. But three days is such a short time between races, there’s not a huge difference here this weekend.

“Hopefully we’ll have some things to try. And from a driver’s perspective that’s exciting coming to today when we get into the car, for example, just trying something new and hoping that it unlocks a bit of performance.”