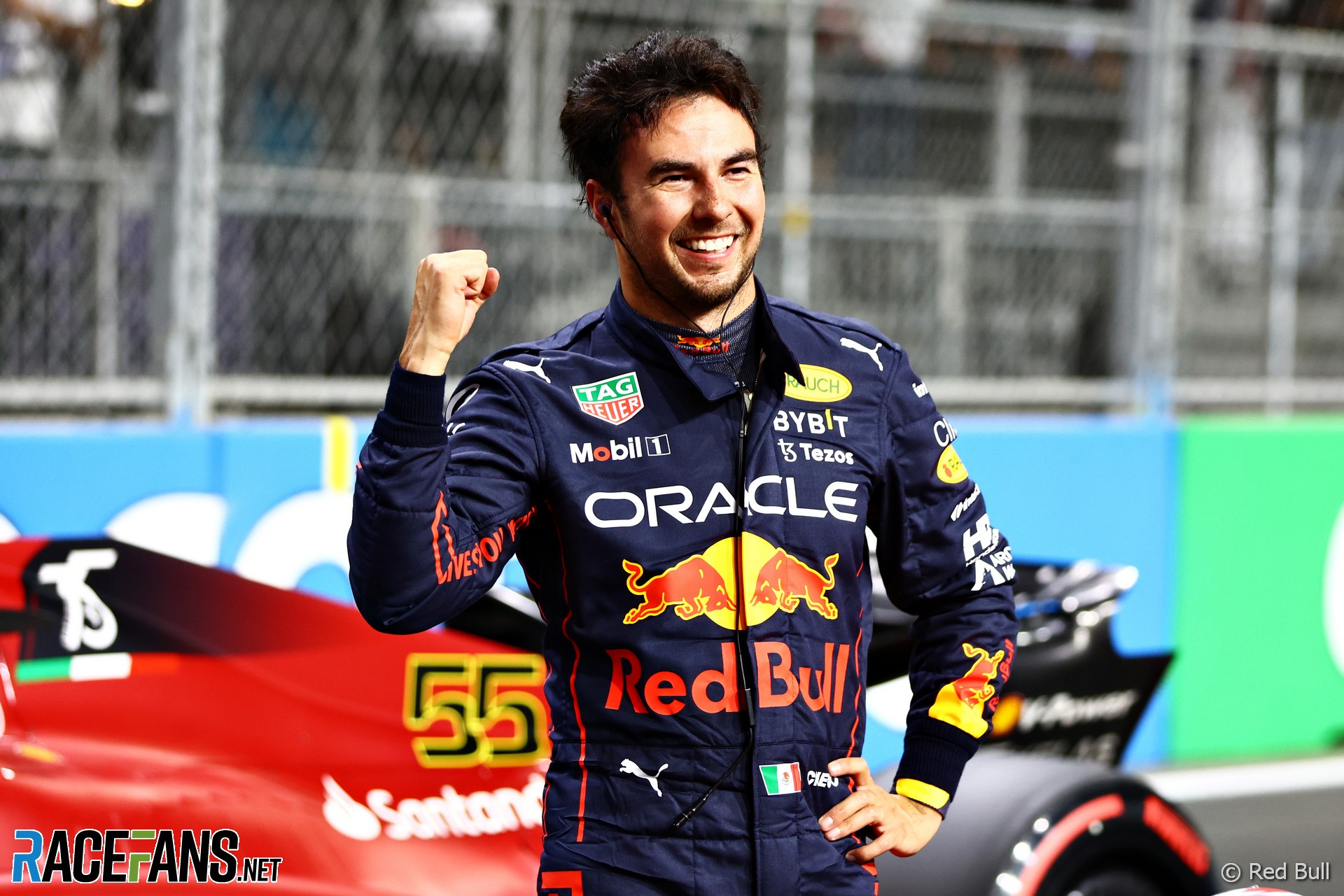 Sergio Perez says the lap which earned him the first pole position of his 11-year career was one of the best he has ever driven.

The Red Bull driver snatched pole away from Charles Leclerc in the dying moments of qualifying at the Jeddah Corniche Circuit.

He has started 214 races previously without ever taking a pole position, and only achieved his first front row start last year.

“It took me a couple of races, no?” joked Perez. “But what a lap. I can do a thousand laps and I don’t think I can beat that lap, it was unbelievable.”

Perez was third behind the Ferraris when the final runs began, and beat Leclerc to pole by just two hundredths of a second.

“We weren’t really expecting to match the Ferraris in qualifying, we were focussing mainly on the race,” he said. “So hopefully we’ll get them tomorrow.”

Red Bull team principal Christian Horner said he was “so pleased for Checo” after his “incredible” pole position.

“He’s working harder than ever,” Horner told Sky. “That lap was mighty. You could see him coming, the Ferraris put down such a competitive marker.

“For Checo to go and do that, only the second time I think he’s out-qualified Max, to put in a lap here, the hardest, most dangerous circuit that we go to, an unbelievable performance form him.”

Perez was out-qualified by Verstappen 20 times in 21 qualifying head-to-heads last year. However Horner believes the RB18, which is built to radically altered technical regulations, suits him better.

“I think the car this year is more suited to his style,” said Horner. “It’s not quite as quirky as last year’s car and he’s done a good job with it.”