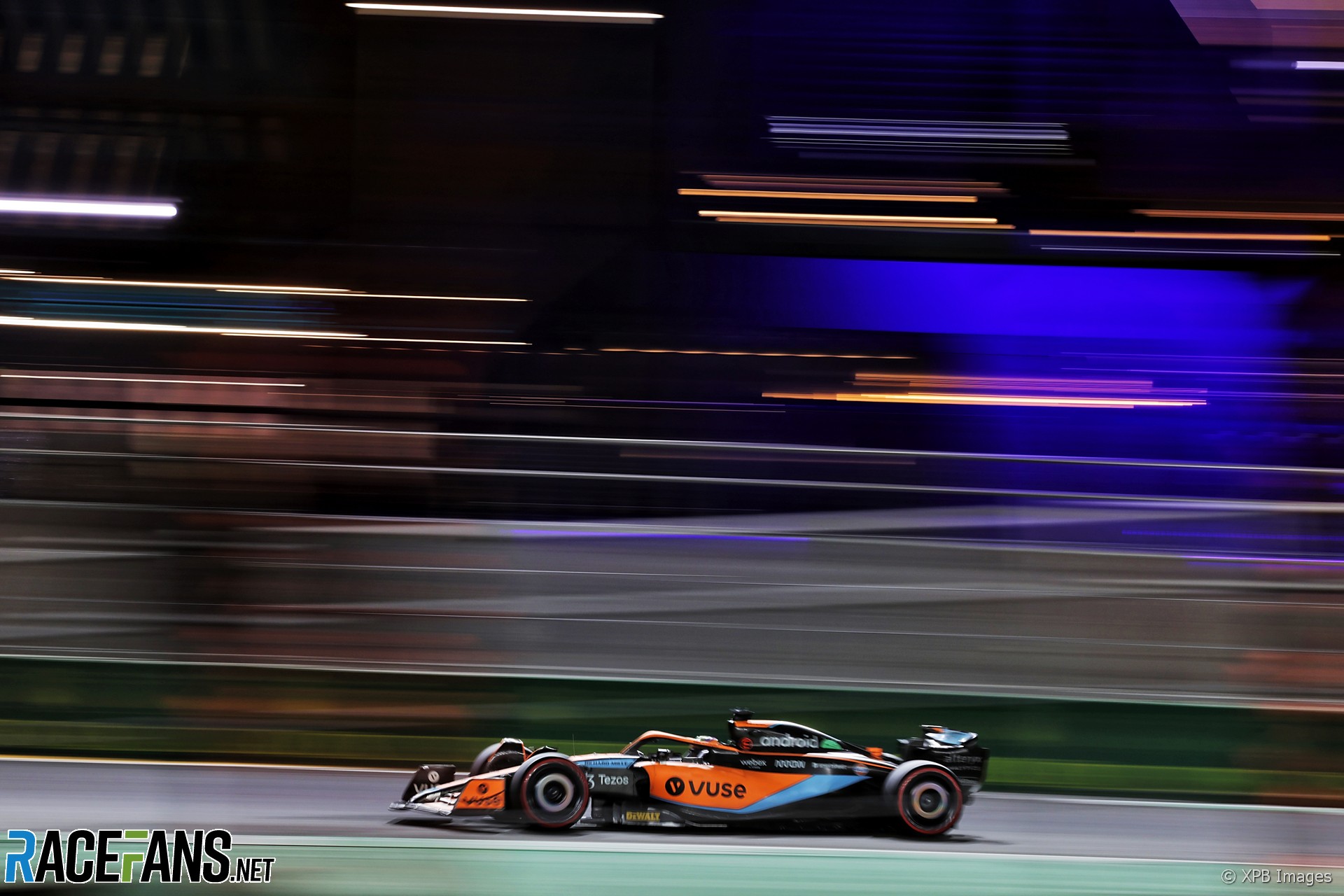 Daniel Ricciardo has been handed a three place grid penalty and one penalty point on his superlicence for impeding Esteban Ocon in qualifying.

The stewards determined that Ricciardo and his McLaren team were both partly responsible for impeding the Alpine driver in Q2.

The McLaren driver had overtaken the Alpine earlier in the session as Ocon prepared for a flying lap. After Ricciardo had finished his hot lap, he backed off after being told over team radio that those cars behind him “should be in phase” – meaning they believed he would not have to yield to any drivers behind on flying laps.

However, Ocon behind had begun a timed lap and began rapidly catching the McLaren through the first sector. Ricciardo was warned that “Ocon could be pushing – may just be a fast in-lap”, but by then the Alpine had caught the McLaren approaching the fast entry to turn seven and had to immediately slow down to avoid risking a collision.

“He blocked me completely, fucking hell,” Ocon complained over team radio. Later, Ocon was able to improve his time on a following run and reach Q3, where he eventually qualified fifth, while Ricciardo was originally eliminated in 12th.

During the investigation into the incident, Ocon told the stewards that although he had been forced to abandon his qualifying lap at the time, his overall performance in the session had not been compromised by the incident.

Despite this, the stewards considered Ocon’s progression into Q3 as irrelevant to the incident as he had still been forced to back off from his timed lap. The stewards therefore handed Ricciardo a three-place grid drop for tomorrow’s race and imposed a €10,000 fine on McLaren for “failing in its duty to keep [Ricciardo] properly informed of approaching cars.”

Ricciardo was also handed one penalty point on his superlicence. It was the first penalty point given to the McLaren driver in over a year, his last coming in the 2020 Russian Grand Prix for exceeding track limits during the race.